A sneak peek at the 2015 edition of Industry Standard Research's CRO Market Size Projections report, looking at the period from 2012-2019, finds that the CRO (contract research organization) market, at $25.6 billion in value, is forecast to account for more than 10 percent of the total worldwide R&D market in 2015.

The Board of the New Jersey Economic Development Authority (EDA) on March 12 took action on several projects under the Grow New Jersey Assistance program. The EDA approved four businesses in the greater technology industry — three of them life sciences firms — with tax credits totaling more than $26 million, which are expected to leverage over $37 million in private investment and the creation of 458 new jobs. Businesses approved included Advanced Accelerator Applications, USA, which is considering an existing facility in Millburn or new construction in Missouri to house its US headquarters. Advanced Plasma Therapies, Inc., a medical device and drug manufacturer, is weighing a move to a multi-tenant office building in West Windsor to support its expansion. And Parsippany-based Zimmer Trabecular Metal Technology, a manufacturer of a prosthetic joint replacement technology, is considering an expansion to a second New Jersey location in Piscataway to support its growing operations. The alternative is an underutilized company-owned facility in Indiana.

MichBio, in partnership with Business Leaders for Michigan and the University Research Corridor, has launched a statewide effort to grow the state's biosciences industry over the next three to five years. Called the Michigan Bio-Industry Roadmap 2015, the plan will focus on functional areas including innovation, industry growth, business climate, capital access, and education and talent development. The proposal will assess needs and opportunities across several bio-industry sectors.

Michigan-based medical device firm Stryker Corp. in late January announced the opening of its new European Regional Headquarters in Amsterdam. The nearly 59,000-sq.-ft. (5,481-sq.-m.) facility will house a state-of-the-art training center and serve to strengthen the company’s presence in Europe. “The opening of the European Regional Headquarters is an exciting milestone for Stryker that demonstrates our long-term commitment to Europe and our global business,” said Lonny Carpenter, group president for Global Quality and Operations and European Business Operations. Employees with pan-European responsibilities will be based at the new Regional Headquarters, allowing Stryker to streamline and simplify its approach to the European markets.

Georgia Gov. Nathan Deal announced this month that Varian Medical Systems, a manufacturer of medical devices and software for treating cancer and a supplier of X-ray imaging components, will expand its operations in Fulton County, creating up to 100 new high-paying technical jobs over the next five years. Varian has a long history in the Atlanta area, with an office in Marietta for over 30 years, and its operations recently expanded with the acquisition of Velocity Medical Solutions, an Atlanta-based developer of specialized software for cancer clinics that was incubated at Emory University. Velocity was supported, in its early stages, by the Georgia Research Alliance, a nonprofit organization aligned with Georgia's Department of Economic Development, Varian employs approximately 6,800 people located at manufacturing sites in North America, Europe, and China and approximately 70 sales and support offices around the world. 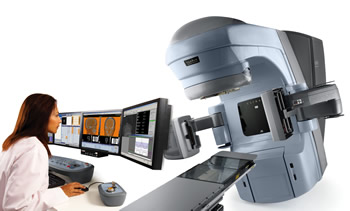 CBS News correspondent Bob Simon's final story before his untimely death in a car accident was about developing vaccines to fight Ebola. The story, aired four days after his death, begins at Canada's national microbiology lab, which in February welcomed back from Sierra Leone one of its mobile labs.

Over the past 18 months, the Urban Land Institute has explored the connection between land use and health, specifically the role that design and development play in creating communities that are conducive to active, healthy living. The result is the Building Healthy Places Toolkit, which contains 21 recommendations on how to create places that make it easy for people to incorporate healthy choices into their daily routines. 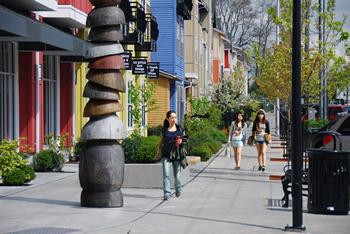 ULI's new report says 76 percent of Millennials think walkability is important in where they choose to live. Pictured is the master-planned Greenbridge neighborhood in Seattle, Wash.
Photo courtesy of ULI

Turku Science Park (Finland) is now an official partner of Biotechgate and the Nordic Life Science Database. Thanks to this partnership, profiles of more than 200 life science companies from the region of Turku can be explored for free. The Finnish companies are also part of the global life science directory Biotechgate, which contains profiles of more than 35,000 players from the medtech, biotech and pharma fields.

NEOMED, the Greater Montreal-based incubator that rose from the ashes of AstraZeneca R&D, in February announced the launch of a Biologics and Vaccine Center of Excellence in Laval, Que., under a proposed partnership with GSK, which has committed $47 million towards its establishment. 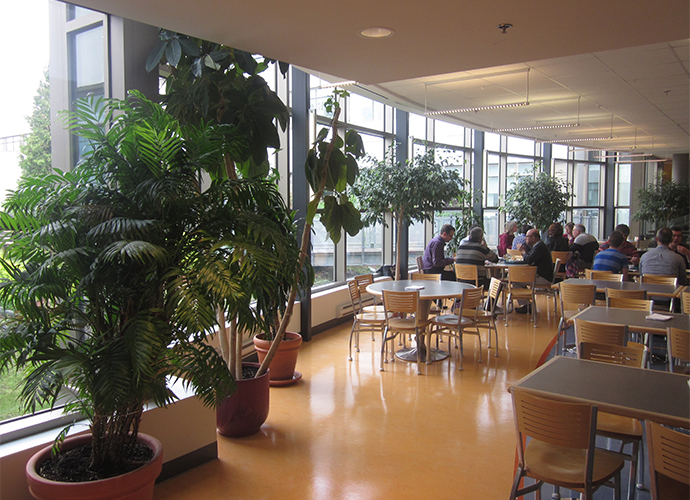