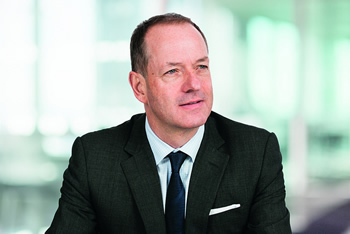 GSK will invest in a new global headquarters for Asia.

Even as tens of thousands of Singaporeans lined the streets in the rain this week to mourn the passing of Lee Kuan Yew, Singapore's first prime minister, the high-tech life sciences cluster that has driven the growth of the modern city-state he helped found continued to surge into the future.

GSK on March 10 has signed an agreement with Boustead Development Partnership joint venture entity to develop and lease a new building which will be the company’s new global headquarters for Asia. Construction is expected to be complete by the end of 2016. GSK will move all employees currently based in Gateway West to the new headquarters — located at the ‘one-north’ development in the Rochester Park area — during the second half of 2017, once the site is fully fitted out.

“GSK and Singapore’s histories are entwined," said Sir Andrew Witty, CEO, GSK. "Since building our first site at Quality Road in 1972, we have continued to significantly expand our footprint, capability and talent base. In our experience and my own personal experience, Singapore excels in fostering talent, supporting business growth and offers an excellent base to access Asia. This is why we are making a significant decision to further increase our presence in Singapore as we continue to modernize and advance GSK.”

The project announcement came after GSK completed the $5.25-billion acquisition of the vaccine business of Novartis a week earlier.

"Singapore is heartened that GSK chose Singapore as the home for its global headquarters for Asia and has decided to establish a new headquarters building here," said Dr. Beh Swan Gin, chairman of the Singapore Economic Development Board. "Its decision is testimony to our value proposition as a trusted biomedical sciences hub, where companies can access global talent and build strategic capabilities to spearhead their growth in the region.”

The eight-story, nearly 15,000-sq.-m. (161,465-sq.-ft.) facility will have capacity for up to 1,000 employees across GSK’s Pharmaceuticals, Vaccines and Consumer Healthcare businesses. "Key leadership and Asia expertise is already transitioning into the region," said GSK, "with almost 150 global or regional roles moving to Singapore in the last year."

GSK said the consumer healthcare, pharmaceuticals and vaccines markets are forecast to grow significantly faster in countries covered by the global headquarters for Asia than in the rest of the world.

GSK has been present in Asia for over 40 years. GSK has over 700 office-based employees in Singapore and expects an additional 100 roles to move into the country as the headquarters nears completion. GSK also has 1,600 employees working across three manufacturing facilities (Quality Road, Jurong and Tuas), R&D partnerships and commercial operations for all three core businesses (pharmaceuticals, vaccines, consumer healthcare).

Global Pharmaceuticals will transition to supporting all countries east of (and including) Turkey, but excluding Russia, from the new global headquarters for Asia (i.e. the Middle East North Africa/Commonwealth of Independent States region, India, South Asia, Southeast Asia, China, Japan, Australia and New Zealand). GSK Consumer Healthcare will support the Asia, Middle East and Africa region from the new global headquarters for Asia in Singapore.