NIH and its partners double down on commercializing university research. 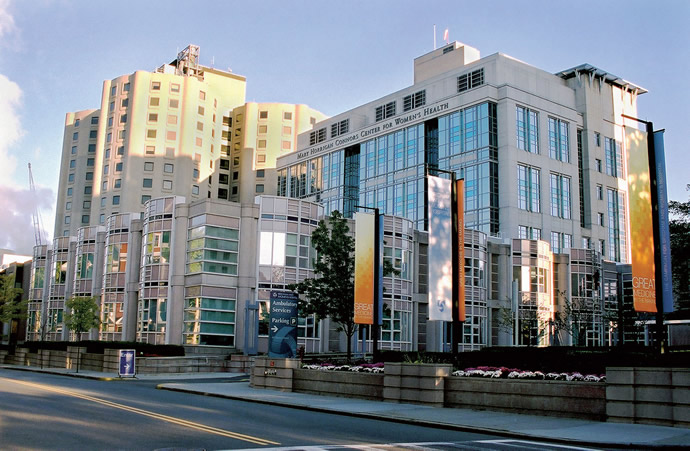 The National Institutes of Health announced March 23 it had selected three new proof-of-concept hubs to help speed the translation of basic biomedical discoveries into commercial products. The hubs are part of the NIH-supported Research Evaluation and Commercialization Hubs (REACH) program and will be funded at $9 million over three years.

The new REACH awardees are:

REACH is based on an initiative created by the NIH's National Heart, Lung, and Blood Institute (NHLBI) called the NIH Centers for Accelerated Innovations (NCAI). The three new hubs join these existing NCAI awardees, which were designated in September 2013:

Some of these hubs have been hubs for some time already.

"BRAID" stands for Biomedical Research Acceleration, Integration and Development. Among the BRAID partners, UC Davis and its School of Medicine are already known for tech transfer. As a new publication explains, the UC Davis Office of Research offers commercial licensing of more than 650 technologies. The school has registered 391 US patents, spawned 14 startup companies and maintains more than 200 corporate partnerships.

At Cleveland Clinic, The Department of Biomedical Engineering (BME), the largest of 11 departments in the Clinic's Lerner Research Institute, leads the way in innovation, and has been rewarded for it: BME obtained more than $18 million in federal and state grant funding in 2013 alone.

Brigham and Women's Hospital in Boston is an international leader in basic, clinical and translational research on human diseases, with more than 1,300 physician-investigators and renowned biomedical scientists and faculty supported by nearly $650 million in funding. In February the hospital named Dr. David W. Bates as its chief innovation officer. He will sponsor the Brigham Innovation Hub (iHub), found at a telling Website address: disruptingmedicine.org.

"NIH is committed to ensuring that the American people benefit from the many promising discoveries supported by taxpayers," said Dr. Kurt Marek, program director for REACH and the deputy director of the Office of Translational Alliances and Coordination, NHLBI. "The REACH program will accelerate the translation of those discoveries into new drugs, devices, and diagnostics to help patients and improve public health."

The REACH program will take advantage of the NCAI's established infrastructure and relationships, including partnerships with the U.S. Food and Drug Administration, the United States Patent Office, and the Centers for Medicare & Medicaid Services, said the NIH. Each REACH has secured non-federal funding equal to or greater than the NIH award, and developed partnerships with other regional public and private organizations.

In Minneapolis, the new hub will be supported by $3 million in grant funds from NIH plus another $3 million in matching University of Minnesota funds. "The university’s MIN-REACH program will provide commercial expertise and resources needed for the development and commercialization of diagnostics, therapeutics, preventive medicine and medical devices," said the school. "The program will establish new industry partnerships, strengthen existing partnerships, and provide entrepreneurial, commercial-style education for innovators to accelerate the pace at which innovations reach the marketplace. It will fund between 10-20 research projects a year."

“MIN-REACH will play a crucial role in providing the coaching, training and expertise needed to focus our research efforts on commercial markets and accelerate the tech transfer process,” said Brian Herman, vice president for research at the University of Minnesota. MIN-REACH builds upon several existing programs at the university designed to advance sponsored research and technology commercialization, including Minnesota Innovation Partnerships (MN-IP), Discovery Capital and MIN-Corps, an NSF-funded program that promotes student entrepreneurship in science and engineering.

MIN-REACH will also build upon Minnesota’s long history of success in medical innovation, as the state is home to the top 17 publicly traded medical device companies in the nation.

“As a recognized leader in the field of tech transfer, the University of Minnesota understands the value of finding innovative ways to accelerate technology’s path to the market,” said Jay Schrankler, executive director of the university’s Office for Technology Commercialization. “MIN-REACH is the latest in a series of programs that demystify the process of putting research to work in the real world, whether as a technology licensed to an existing company or as the basis for a new startup.” 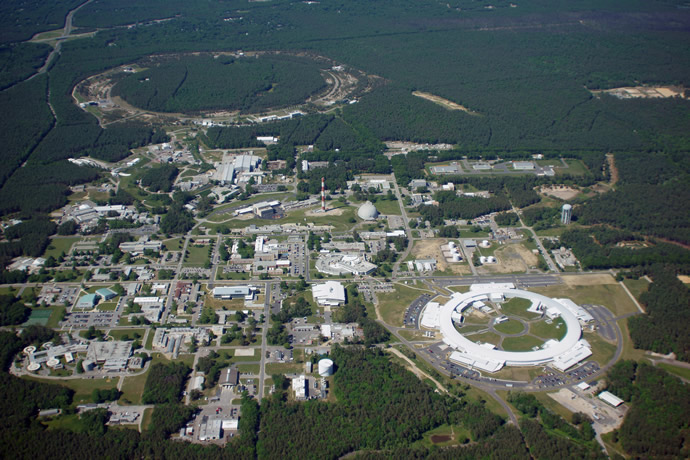 Brookhaven National Laboratory is one of the partners in the Long Island Bioscience Hub, which just received an NIH REACH grant. The National Synchrotron Light Source II, under construction at the time of this 2013 photo and expected to be complete later this year, is at bottom, right. The circumference ring of the Relativistic Heavy Ion Collider can be seen in the distance at the top of the frame.
Photo courtesy of Brookhaven National Laboratory