Denmark's Novo Nordisk may soon be expanding further in the United States.

Novo Nordisk last June was presented with a 2014 New Good Neighbor Award from the New Jersey Business & Industry Association for its new LEED-Silver US headquarters in Plainsboro, N.J., which came about as a result of a $225-million redevelopment project. New Jersey has been home to the company since it opened its doors on Alexander Road in Princeton in 1982.
Photos courtesy of Novo Nordisk
by Adam Bruns 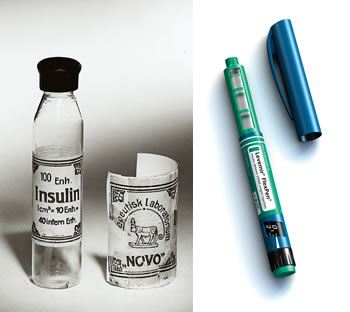 Novo Nordisk's products have come a long way over the years.
Photos courtesy of Novo Nordisk

In 1921, insulin was discovered by the University of Toronto's Dr. Frederick Banting and his student assistant Charles Best. By the time Banting and his boss John Macleod received the Nobel Prize for the discovery in 1923, two companies were off and running to produce it: Eli Lilly in North America, and Nordisk Insulinlaboratorium in Denmark.

The two firms have become global giants since then, egged on by the march of diabetes worldwide as well as diversification into other therapeutic areas such as human growth hormone and clotting factors. Today, Novo Nordisk — the result of the merger of Novo and Nordisk 25 years ago — employs more than 41,000 in 75 countries, and may be poised to increase its investment in North America, where it already employs 6,465 people (more than 5,000 of them in the US).

During a panel discussion last week at the SelectUSA Investment Summit in Prince George's County, Md., Lars Rebien Sørensen, president and CEO of Novo Nordisk, said the company historically has manufactured in the US purely for domestic use, "but we are standing at a crossroads to make a significant investment in the United States to move ingredient manufacturing." 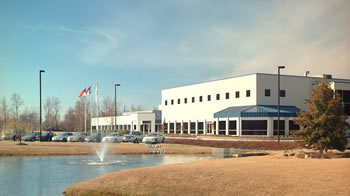 Novo Nordisk has invested in insulin manufacturing expansions and upgrades at this site in Clayton, N.C., five times since 2000, according to Site Selection's New Plant Database.
Photo courtesy of Novo Nordisk

Officials at the company's US headquarters in New Jersey reached this week were unable to confirm whether an active site selection process is underway. But Sørensen last week was able to confirm why he thinks the US is ideal.

Noting that all the company's processes and product development are global in nature, nevertheless, he said, "Manufacturing in the US for us is easier for the US market because of the understanding of the regulatory environment, and the highly educated engineering staff required for our manufacturing is located here. By continuing to invest in the United States, we assure ourselves of staying ahead."

Since 2000, Site Selection has tracked five different investments in insulin manufacturing at Novo Nordisk's facility in Clayton, N.C. The company's growth trajectory has also included R&D investment in North Brunswick, N.J., and a new $225-million US headquarters that opened in Plainsboro, N.J., in April 2013. Reflecting Novo Nordisk's expectations for continued growth in the U.S., the company's initial plans were to occupy 75 percent of the building's total capacity, leaving room for future expansion. 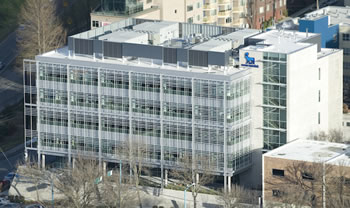 The Novo Nordisk Research Center in Seattle has been active since the early 1990s.
Photo courtesy of Novo Nordisk

"We're pleased to be bringing this site back to life, and make it a part of Novo Nordisk's growing network of manufacturing sites," said Steen Weber Jensen, corporate vice president, Novo Nordisk. "Our long-standing commitment to patients and families affected by hemophilia means we have to continuously improve how we supply our medicines, and this new site will give us new, vital capacity." 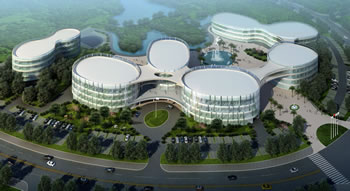 Novo Nordisk announced a major R&D investment in Beijing in 2012, four years after a $400-million insulin manufacturing investment in Tianjin. China was the top world region for sales growth of the company's products in 2014, at 13 percent.
Photo courtesy of Novo Nordisk

Sales in North America increased by 11 percent in 2014. Sales in China increased by 13 percent. The company is aggressively pursuing the Chinese market from a healthcare perspective as well as a supply perspective, announcing on World Diabetes Day last November 14 that Tianjin and Shanghai had joined the Cities Changing Diabetes initiative. They are the first Chinese cites to become part of the global partnership program, initiated in Mexico City in March 2014, followed by Copenhagen in Europe and Houston in November.

“It is my hope that by working in partnership through Cities Changing Diabetes, we can complement and support the cities’ objective to reduce the growing type 2 diabetes burden and tackle this urgent problem," said Sørensen last November.

Speaking last week in Maryland, he also spoke of partnerships, and of why the US, again, is the place to be.

"We need to develop products for the global market," he said. "It's a very regulated business, and at each step of the innovation cycle, we harness the creativity of small companies and academia. It's a very rigorous global process. For pharmaceutical companies, it's attractive in the US because, one, it's the largest market, and two, it's a regulated environment with transparent governance, and approval in the US goes a long way toward ensuring approval elsewhere." 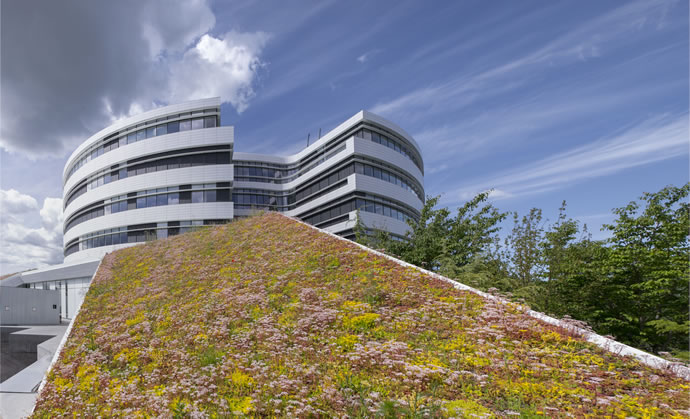 Novo Nordisk's corporate headquarters in Bagsværd, Denmark, designed by Henning Larsen, was inaugurated in 2014.The company also is investing in new R&D facilities in Bagsværd and in Måløv, Denmark, that will be operational in 2016.
Photograph by Jens Lindhe courtesy of Novo Nordisk