West Pharmaceutical Services, Inc. earlier this month announced a multi-year investment as part of its evolving R&D strategy. To better support pharmaceutical customers around the world, West will add capabilities to all of its global Packaging Systems R&D facilities, and develop two new R&D Centers of Excellence — one in the Asia Pacific region and one in Europe.

The facility in Europe will be the Company's Center of Excellence for drug vial and cartridge seals, plastic technology and packaging component materials development, and will be on line by the end of 2016. The Company's location in the Asia Pacific region will serve as a Center of Excellence for innovation across all technologies specific to the emerging markets and is expected to be operational by the end of 2015.

In addition to the new facilities in the Asia Pacific region and Europe, a significant investment is being made in North America to expand the current R&D center located within the Exton, Pa. headquarters, and to upgrade the St. Petersburg, Fla. facility.

West's comprehensive research and development global network also includes development centers for self-injection and drug delivery systems along with the Company's contract manufacturing facilities in Tempe, Ariz., and Dublin, Ireland. A team focused on innovation in delivery systems is led from the West Innovation Center in Washington, N.J.

What do England, New Jersey, Geneva and Montreal have in common? A disrupted pharma sector, for one. Their approaches to solving the dilemma vary, reports this new analysis in Science Translational Medicine, and both Montreal and Geneva seem to be well on the mend.

By the end of this summer, say the folks at the City of Cleveland, Ohio's economic development department, the first commercially available US 100-gigabit fiber network will be installed in the city's Health-Tech Corridor.

This week the Missouri Department of Economic Development (DED) announced that Seventh Wave, a consulting-based contract research organization for the pharmaceutical and medical device industry based in the St. Louis suburb of Chesterfield, will expand its presence by building a 50,000-sq.-ft. facility. The company’s $11 million expansion is associated with the expected creation of 42 jobs over the next six years. "They came to our Stl Ventureworks incubator in West County in 2003 with a great idea, and they have turned it into a very successful company,” said St. Louis County Executive Steve Stenger. The company is being aided by incentives and other assistance from DED and the St. Louis Economic Development Partnership. 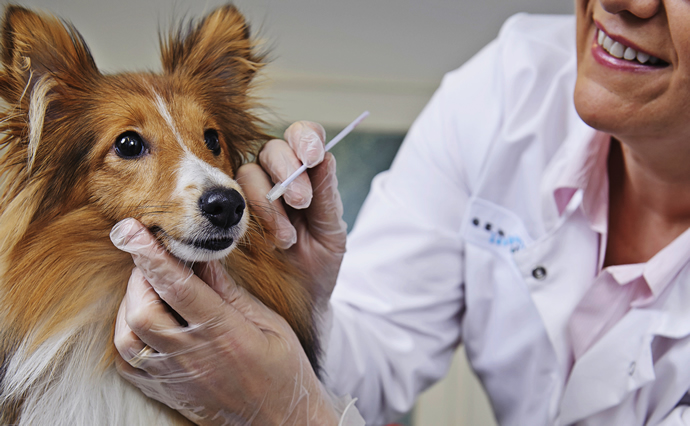 A panel of four experts from the worlds of venture capital, medicine and digital health will set the tone for a two-day discussion of Wisconsin’s innovation assets on June 2 at the Wisconsin Entrepreneurs’ Conference in Madison. “Driving quality up and costs down: Health IT in the age of accountability” will feature Mark Bakken of HealthX Ventures, a Madison-based fund focused on health care investments; Dr. Frank Byrne, the former president of St. Mary’s Hospital and a national leader in patient care innovation; Dr. Sanaz Cordes of healthfinch, a Madison-based digital health firm; and Ben Robbins, who focuses on digital health investments for Google Ventures in Boston.

New Jersey–based Zoetis Inc., an international animal-health drugmaker that employs about 1,000 people at its R&D headquarters in Kalamazoo, will cut up to 25 percent of its total workforce in what it calls a "comprehensive operational efficiency initiative."

Isopure, which designs and manufactures medical devices for dialysis patients, announced in May that it will create 30 new, full-time jobs and invest $5.3 million to grow its operations in Simpsonville, Ky., in Shelby County. Isopure plans to build a new 56,000-sq.-ft. facility in Kingbrook Commerce Park in Simpsonville. The facility will support the company’s receiving, manufacturing and national shipping operations. The building is expected to be completed early next year.

One of the reasons the Isopure chose Kentucky in the mid-1990s is because of its central location to large population areas in the United States, such as New York, Chicago, Houston and Miami, which is important to the company as it installs its equipment. Replacement parts can easily be shipped from Simpsonville to anywhere in the United States, utilizing the UPS Worldport Hub in Louisville.

NRGene, a leader in big data genomic analysis based in Ness Ziona, Israel, announced it had mapped the maize W22’s genome in 34 hours. "NRGene’s expertise in both plant genomics and IT allows us to create tools that deliver practical, useful results for scientists,” said Dr. Gil Ronen, CEO, NRGene. “With our unprecedented speeds and data accuracy, researchers and commercial seed and animal breeders can accelerate development of the most necessary key traits to achieve global food targets.” The analysis was created in cooperation with an academic consortium including the Danforth Plant Science Center in St. Louis; Cornell University; Iowa State University; University of Florida; Rutgers, The State University of New Jersey; and Boyce Thompson Institute.

Have you heard of The Safe and Accurate Food Labeling Act? It's all about setting rules at the federal level for proper labeling of genetically modified organisms (GMO) in food. Critics call it the Deny Americans the Right to Know (DARK) Act, claim Monsanto authored the bill and are calling for a ban on Monsanto's Roundup herbicide.