Medicago scales up at its home base. 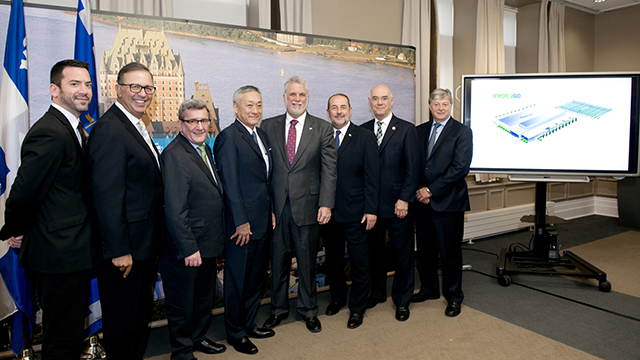 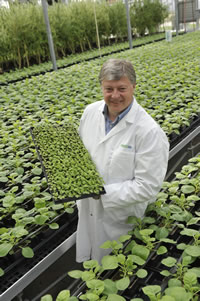 Earlier this week, Medicago, a Canadian biotech company that develops and produces plant-based vaccines and therapeutics, announce that Quebec City will be home to its new production complex. The C$245-million (US$200-million) project will create 200 new high-skilled jobs by 2019, adding to the team of 180 employees already working at Medicago's Quebec City office and laboratories. The project is expected to generate more than C$461 million in direct and indirect economic benefits over the next five years.

In its announcement, Medicago, founded in 1999, said its team chose Quebec City "because of its qualified employees and the access to an experienced workforce, world-class research infrastructure, a dynamic business culture and support from the federal, provincial and municipal governments."

"We're pleased that Medicago will take this next major step in Quebec City, where we have already developed our innovative technology," said Andy Sheldon, Medicago's CEO. "We will export most of our vaccines to foreign markets, but we also believe our new production complex will help Canada meet its needs for seasonal and pandemic flu vaccines, in addition to strengthening the country's response to emerging diseases around the world."

Medicago's new 44,000-sq.-m. (473,630-sq.-ft.) facility will be located on a site twice that size, and will have the capacity to deliver up to 40 to 50 million doses of quadrivalent seasonal flu vaccines. In addition, work towards developing new products will take place over the upcoming years.

As reported by Site Selection over several years, Medicago has grown up fast, but certainly has surpassed the upstart phase. Among the investments tracked by Site Selection's New Plant Database are a $21-million biotech facility in North Carolina's Research Triangle Park in 2010, a $4-million, 20-job vaccine facility investment in 2012 in Quebec City; and a $38-million vaccine investment there just last year.

Medicago cut the ribbon at its operation in North Carolina's Research Triangle Park in November 2011.
Photo courtesy of Medicago

Medicago's innovative technology uses plants like miniature factories that can quickly produce large quantities of vaccines or treatments. This technology demonstrated its potential for responding to global pandemics when it produced candidate vaccines for H1N1 in 2009 and H7N9 in 2013 in just 19 days, compared to the several months required to produce vaccines using eggs.

Medicago in February was awarded a contract by the US government to manufacture Ebola antibodies in its Quebec City pilot production plant for a study in non-human primates. The technology used can quickly produce large amounts of antibodies, thereby boosting production volumes to increase stockpiles across the globe.

The company's expansion project received support from all three levels of government in the form of loans or discounted land purchase costs. The governments of Canada and Quebec provided loans of $8 million and $60 million, respectively. The municipal government contributed $6.5 million. Medicago specifically thanked the city's Québec International agency for its support throughout the project's development.

“Quebec is truly an ideal location for investment in life sciences, notably due to its state-of-the-art infrastructure, skilled labour force and indisputable expertise in research and development," said Jacques Daoust, Minister of the Economy, Innovation and Exports for the province, and previously the executive direction of the province's economic development agency Invest Quebec. "This Medicago project, which I had the opportunity to discuss with company directors at the BIO International Convention in 2014 and in Davos last January, is helping to further build on that expertise, and of that we are extremely proud."

"Such missions help forge important contacts, attract investment and solidify projects," said Quebec Premier Philippe Couillard of the conversations in Davos. "Today, this Medicago project move forward in the Capitale-Nationale region, which will now be able to position itself as a world hub in the field of infectious disease control and vaccine production." 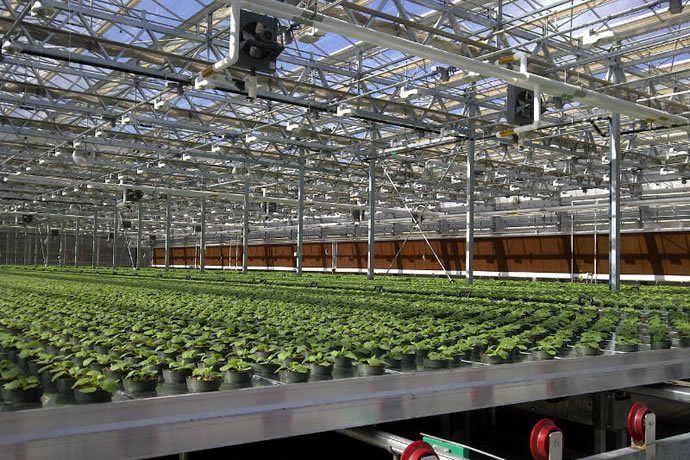 Medicago's plant-based approach includes the cultivation of tobacco, shown here in the greenhouses at its facility in North Carolina.
Photo courtesy of Medicago