More Than Dots On a Map

Value chain analysis will sharpen your site selection strategy in Europe — and anywhere else. 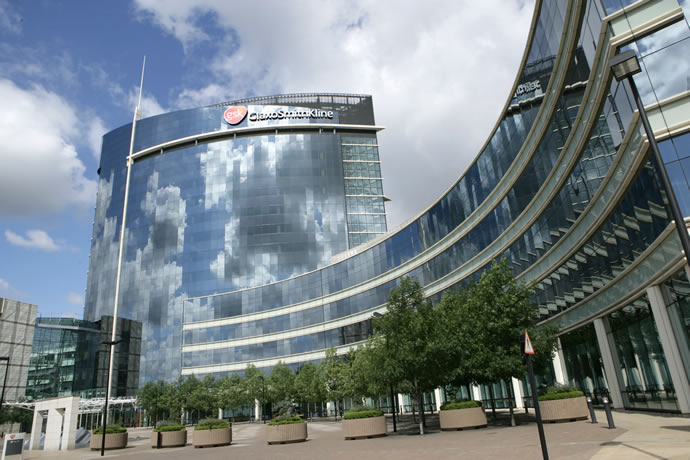 For a life sciences executive, looking at Europe from outside the continent looks amazingly complex: Despite most European countries being part of the European Union, there seem to be more differences than similarities.

A variety of tax systems and incentives — or different labor law and immigration regulations with countries being in the Schengen area and others outside of it — make it difficult to decide where and how to set up a European structure. (The Schengen Agreement, signed 30 years ago and implemented 20 years ago, allows free movement across 26 member countries without border checks to some 400 million EU citizens, as well as non-EU nationals, businessmen, tourists or other persons legally present in EU territory.)

The total number of LS companies analyzed in the new report is 10,737, across 14 European countries and Israel. The greatest concentration is in Germany at 1,876, closely followed by the UK at 1,610 and France at 1,112.
Source: www.biotechgate.com

Adding to the complexity is the fact that completely different business cultures exist within Europe, from the Anglo-Saxon free market approach to the Nordic social market model or French-style centralistic planning (not forgetting the existence of the Euro currency block, which doesn't include all European countries).

On the other hand, Europe offers exciting opportunities for life sciences companies from North America and Asia. Besides being the second largest market for high margin drugs and medical devices thanks to a well-established public healthcare a system, the very large European life sciences industry and the region's many top-rated universities offer fertile ground for greenfield investments, collaboration and acquisitions.

In order to help decision-makers in multinational life sciences companies better understand the complexity of the European Life Sciences Landscape, KPMG Switzerland, in collaboration with Venture Valuation, has released its 2015 Report on “Site Selection for Life Sciences Companies in Europe," which offers facts and figures for international companies looking to expand, restructure or consolidate their activities in Europe.

The country with the most life sciences employees is Germany (247,000), followed by the UK (174,000) then France (146,000). This distribution is similar for all three sectors. As a percentage of the total population, Switzerland has the highest number of employees.
Source: Venture Valuation estimates, 2015

The report compares seven European countries (Belgium, France, Germany, Netherlands, Ireland, Switzerland and the UK) with strong clusters and/or important attractiveness to foreign direct investors (FDIs) due to how they support life sciences companies in: 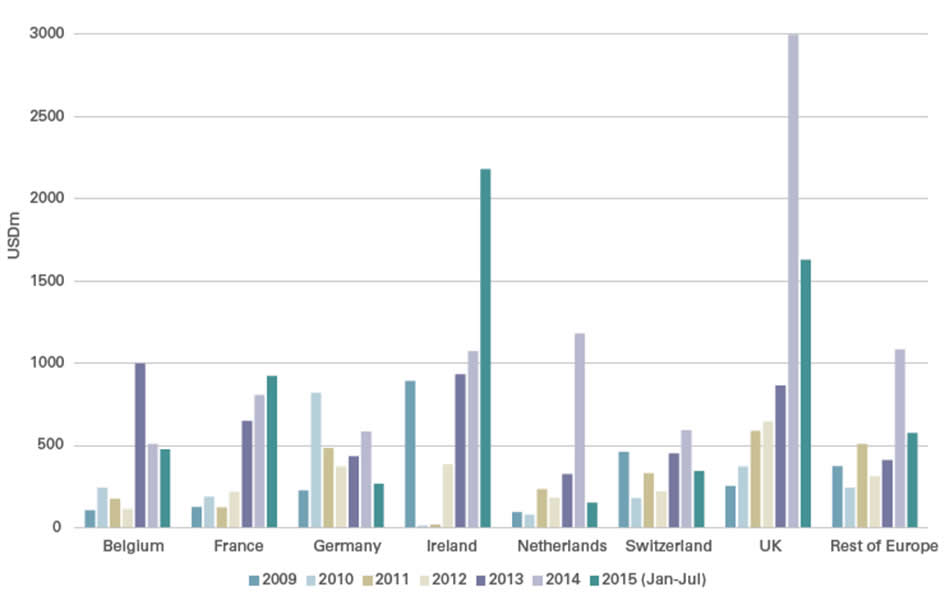 In terms of total financing (public and private) in 2014, UK companies raised the most at almost US$3 billion, while the Netherlands and Ireland came in second at around US$1 billion each. To give an idea of scale, while California's Bay Area raised US$10 billion in 2014, the whole of Europe raised just short of this.
Source: Venture Valuation, 2015

In total there are roughly 11,000 life sciences companies (biotech, pharma, medtech) across 14 European countries and Israel.

The largest concentration of life sciences companies can be found in Germany, the UK and France. Germany leads in medtech, while the UK is the leader in pharma and in biotherapeutics.

Switzerland is the leader in workforce in the life sciences industry relative to the size of its population.

In terms of FDI, the UK clearly leads the group with 37 regional HQs of foreign-owned life sciences multinationals, but other smaller countries such as the Netherlands, Belgium and Switzerland are equally attractive when taking into account the size of their respective economies.

The UK has the largest number of top-ranked universities (8). Compared to the size of the population, however, Switzerland, the Netherlands and Belgium (each with 4) rate better.

Switzerland is rated the most innovative country in Europe followed by Germany, Belgium and the Netherlands. (This finding was reinforced last week by Swiss business school IMD, whose second annual World Talent Report rated Switzerland No. 1 in in developing, attracting and retaining talent to satisfy corporate needs.)

Key business environment factors which influence the agility of a life sciences company include flexibility of labor laws and ease in attracting qualified staff. Here the Anglo-Saxon countries along with Switzerland fare especially well.

Diligent and forward-looking tax strategies are important tools to increase the value of a life sciences company. Particularly important are tax rates for income generated by intellectual property, as well as incentives for R&D. The countries covered in this report apply various strategies to remain competitive in this field. Ongoing discussions on Base Erosion and Profit Shifting (BEPS) which focus on substance for sustainable tax planning will limit certain tax planning strategies.

Going forward the report draws a mixed picture of the outlook for the seven countries:

Germany and the UK have the highest number of global HQs of domestic life sciences companies, followed by France and Switzerland. The number of regional HQs of foreign-owned life sciences companies is highest in the UK (37). More than 50 percent of the global HQs also undertake manufacturing in the country where they are based. In France, R&D and manufacturing are equal at around 63 percent.
Source: www.biotechgate.com 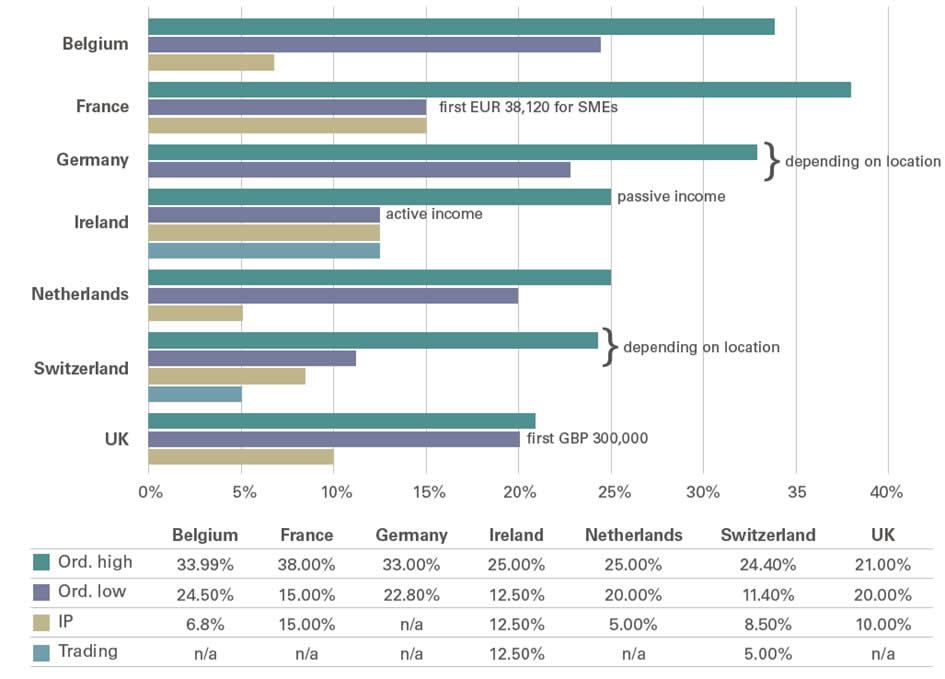 A first step towards analyzing a location is to compare the ordinary corporate tax rates of each country applicable to general business activities. Reasonable taxation of IP income from patents, technology or trademarks is an important consideration for life sciences companies that own mature income-producing IP. Trading income is also taxed at a lower level in some countries such as Ireland and Switzerland, whereas in other countries trading income is generally subject to ordinary taxation.

Defining where to set up a European HQ, an acquisition vehicle, an R&D center or a manufacturing plant should be based on a detailed analysis of the value drivers and the goals company leaders want to be achieve by entering or expanding in Europe. While certain projects involving a presence in Europe are focusing on strengthening innovation or gaining market access, others are geared towards improving processes and organizational structure (which can lead, for example, to lower effective tax rates). 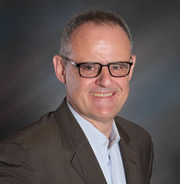 Key value drivers of specific importance for the life sciences industry are research and development, operational excellence, sales and marketing, and manufacturing. Depending on the project, each value driver is differently weighted, and different locations might prove to be ideal for (re)locating these value drivers.