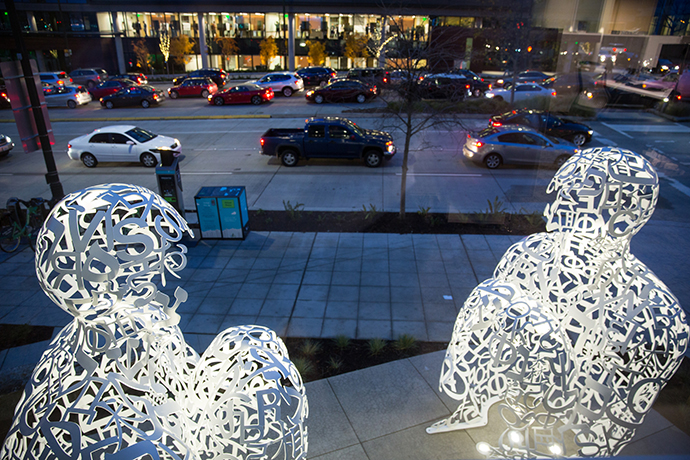 From its new headquarters in Seattle's South Lake Union, The Allen Institute for Brain Science is spearheading an international collaboration called BigNeuron, among other groundbreaking research.
Photos courtesy of Allen Institute
by ADAM BRUNS 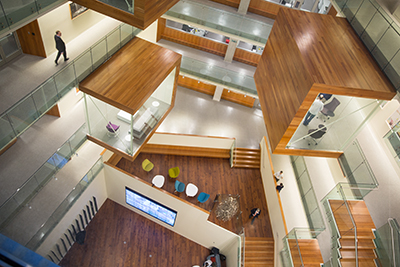 Perkins+Will designed the new home of the Allen Institute around the Institute’s trademark approach to big, team and open science. Labs, offices and open workspaces are organized in a series of “petals” grouped around a six-story light-filled atrium.

Earlier this year, JLL's third annual City Momentum Index, which attempts to rank 120 business hubs around the world according to their urban dynamism and its commercial real estate manifestations, ranked Seattle No. 13 — just behind Nairobi and Shenzhen, and just ahead of Tokyo, Nanjing and Austin.

An eclectic list, to be sure. But if you're looking for eclectic leadership, you can also turn to Seattle's unofficial royalty, Microsoft co-founder Paul Allen, the Jimi Hendrix-adoring, landscape painting-collecting polymath whose relentless pursuits include a growing life sciences portfolio.

Since 2003, Paul Allen has invested more than $350 million in brain research, primarily through the Allen Institute for Brain Science, which in December celebrated the grand opening of its new headquarters and research facility in Seattle's South Lake Union neighborhood — the district now known as the city's biotech hub whose development was spearheaded by the real estate arm of Allen's Vulcan Inc. The 270,000-sq.-ft. complex, designed by Perkins+Will, also is home to the Allen Institute for Cell Science.

“Twelve years ago, we began as a small office building with big ambitions to understand how the brain works,” Allen said in December. “The move to this new, state-of-the-art complex is the next step in our effort to make an even larger global impact on research into the brain."

The new facility will allow the Institute to expand to roughly 500 full-time employees from around 300 at the end of 2015. The Institute's approach to science is manifest in a six-story atrium with open work spaces and glass-walled collaboration pods cantilevered into the atrium.

“The architecture of this building reflects who we are as an organization,” said Allan Jones, Ph.D., Chief Executive Officer of the Allen Institute. “Our unique operating model of team science, big science and open science combines the best qualities from the worlds of academia and biotech, using goals and milestones to ensure that our scientific investigations turn into useful resources for scientists around the world. The atmosphere in this building encourages the kind of cross-disciplinary interaction and collaboration that is integral to our success as an organization.”

The Institute’s growth coincides with a life sciences blossoming in Greater Seattle and Washington as a whole that is tracked closely via detailed monthly reports from industry group Life Science Washington. All told, in 2015, the organization tracked angel funding, venture capital deals, M&A, strategic partnership formations and non-dilutive funding totaling $3.2 billion across biopharma, medical technology, digital health and other sectors. — a quadrupling of value since 2013.

The Institute's growth also coincides with expanding scientific goals in brain science and cell science, including the expansion of the new Allen Cell Types Database, launched in May 2015, and the creation of the Animated Cell, a three-dimensional predictive model of cellular behavior. As for the brain, the scale of the work is not wholly unlike Allen's parallel interest in space exploration: vast and mostly uncharted. 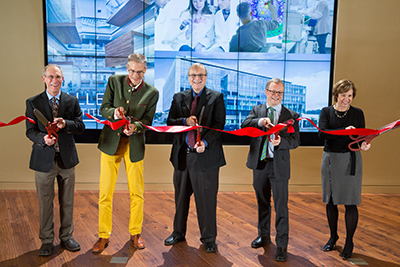 Flanked by his leadership team, Paul Allen (center) cuts the ribbon on the Allen Institute for Brain Science's new HQ in Seattle in December 2015.

One description sounds faintly like it's also describing the globally connected workplace network that all companies currently are both benefiting from and grappling with:

“Each of the nearly 100 billion neurons in a human brain is shaped like a miniaturized tree, with thousands of ultra-thin branches that can span from ear to ear, enabling neurons to connect, process information, and learn,” said Giorgio Ascoli, Ph.D., director of the Center for Neural Informatics at George Mason University, and author of Trees of the Brain Roots of the Mind, at the announcement of BigNeuron, a global collaboration to reconstruct those branches that involves labs and computer power at leading labs in Cambridge, Beijing, Rotterdam, Boston and Oak Ridge, among others. “These arbors are so diverse that, after three decades of manual reconstructions from microscopic imaging in countless labs worldwide, no one knows yet the number of distinct types or shapes even in the nervous systems of mice or flies."

Allen — owner or part owner of pro soccer, football and basketball franchises in Seattle — doesn't settle for just one sport, nor one scientific niche. In March, with a $100-million seed funding, he launched the Paul G. Allen Frontiers Group, dedicated to "exploring the landscape of science to identify and fund pioneers with ideas that will advance knowledge and make the world better." It includes two new Allen Discovery Centers at Stanford University and Tufts University devoted to modeling that will shed light on how cell behaviors create infectious disease, and to morphogenetics (how organs form), respectively. Each is funded at $10 million over four years, with the potential for expansion to $20 million over eight years.

Like his fellow Microsoft co-founder Bill Gates, Allen's global philanthropy (he's already given away $2 billion) begins with human health. The infectious disease focus at Stanford, for instance, may call to mind Allen's $100 million donation in 2014 to fight the West African Ebola epidemic, a contribution that catalyzed great involvement from governments and other individuals worldwide.

But his panoply of interests also seeks to connect well-being today with a healthier future. Allen also founded the Allen Institute for Artificial Intelligence, which is exploring critical questions in AI. He funded SpaceShipOne, the first private spacecraft to carry a civilian into suborbital space and safely home again, a feat that in 2004 the Ansari X-Prize. And he recently Vulcan Aerospace to oversee his space investments and build the Stratolaunch System, an orbital launch model.

"Paul Allen must be able to see the future well before others can," wrote Tom Skalak, Ph.D., executive director of the Paul G. Allen Frontiers Group, on the occasion of its launch, "and he backs up his foresight with the rare and refreshing courage to send out the expeditionary parties to create it." 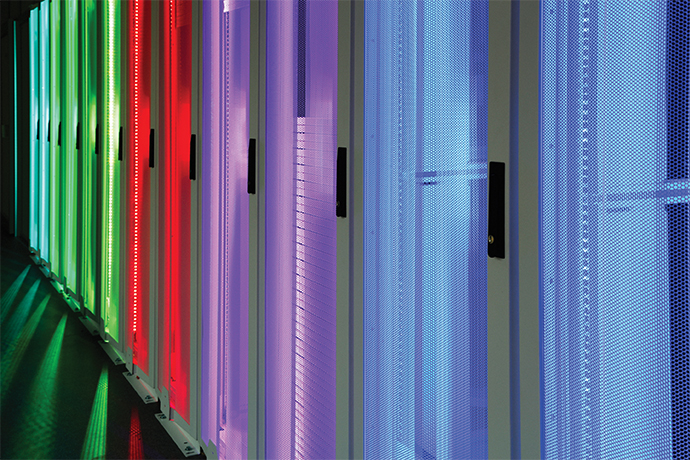