A Maryland company will work with a Chinese firm to deliver manufactured lungs for transplants via drone. 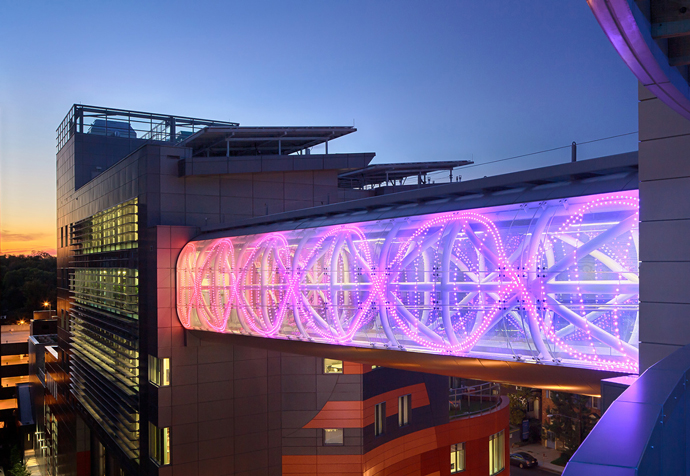 It was only a matter of time before 3-D printing, drones and stem-cell technology converged.

In May, Guangzhou, China­–based EHang Holdings announced a new collaboration with United Therapeutics' Lung Biotechnology PBC to develop and purchase up to 1,000 units of EHang's 184 autonomous drone model to automate organ transplant delivery.

"The two companies have agreed to work together over the course of the next 15 years to optimize the 184 for organ deliveries, a program which they are calling the Manufactured Organ Transport Helicopter (MOTH) system," said an EHang release. "The collaboration stands to revolutionize the way organs are transported in the US, with the potential to save tens of thousands of lives."

Lung Biotechnology specializes in manufacturing lungs and other organs for transplant using a variety of technologies, including pig-to-human xenotransplantation, as well as regenerating them from stem cells. The company is advancing regenerative medicine, xenogenetic and 3D printing technologies for organ manufacturing, as well as operating what it calls "the first center in the United States for enabling unusable human donor lungs to be rendered transplantable." The company also generates $700 million a year from the sales of pharmaceuticals for pulmonary arterial hypertension, a frequent cause of lung transplantation.

According to the May release, Lung Biotechnology "plans to station the MOTH rotorcrafts outside of its organ manufacturing facilities, and use preprogrammed flight plans to hospitals and re-charging pads within the MOTH radius so that the manufactured organs can be delivered within their post-production window of viability." 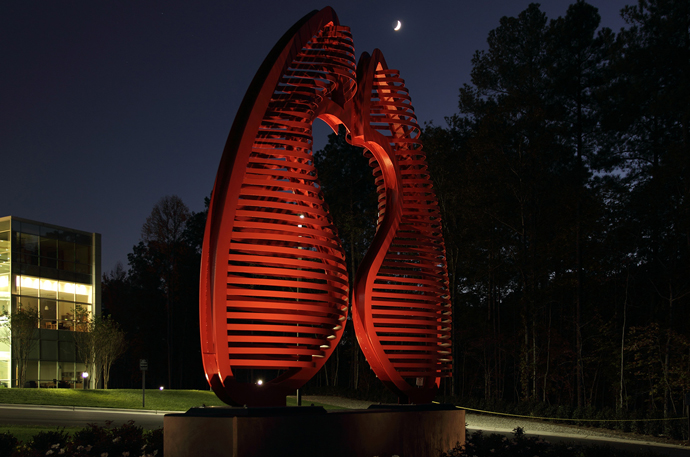 Lung Biotechnology is headquartered and maintains an R&D complex in Silver Spring, Maryland. It also operates major facilities in Research Triangle Park (RTP) in North Carolina, as well as in Chertsey, Surrey, in the UK. Other locations include Washington, DC; Blacksburg, Virginia; Satellite Beach and Melbourne, Florida; Manchester, New Hampshire; Moerfelden-Walldorf, Germany; Magog, Quebec, Canada; and Shanghai and Nanjing in China. The company continues to grow head count in North America, with 23 job openings this week (19 of them in Silver Spring and RTP). On the "Pipeline" page of the company website, a big sign reads "an unlimited supply of transplantable organs."

Highway in the Sky

"Currently, organ transplants are limited by the number of brain-dead donors, which results in thousands of deaths on organ transplant waiting lists each year," said the May release from EHang. "In the case of lung transplants, only about 2,000 lung procedures are performed annually, whereas over 200,000 people in the US die of end-stage lung disease each year. The prospect of manufactured lungs could eliminate this numerical limit, and delivering them autonomously via the all-electric MOTH technology will save the healthcare system many millions of dollars with a dramatically reduced carbon footprint."

The UAV purchases will be contingent upon two federal processes: U.S. Federal Aviation Administration (FAA) approval of the MOTH rotorcraft, and approval by the U.S. Food and Drug Administration (FDA) of Lung Biotechnology’s xenotransplantation organ products.

It's all happening as NASA and the FAA work on an unmanned aircraft systems (UAS) traffic management (UTM) system, sometimes referred to as the Highway In the Sky (HITS). The two agencies most recently collaborated to fly 22 drones simultaneously in April at the FAA's six UAS test sites across the country — Fairbanks, Alaska; Grand Forks, North Dakota; Reno, Nevada; Rome, New York; Virginia Tech’s locations in Blacksburg, Virginia, and Bushwood, Maryland; and Corpus Christi, Texas. NASA plans to turn over its UTM research to the FAA in 2019 for further testing.

“The well-known locations of transplant hospitals and future organ manufacturing facilities makes the EHang technology ideal for Highway-In-The-Sky (HITS) and Low-Level IFR Route (LLIR) programs,” said Martine Rothblatt, Ph.D., chairman and CEO of Lung Biotechnology. “We anticipate delivering hundreds of organs a day, which means that the MOTH system will help save not only tens of thousands of lives, but also many millions of gallons of aviation transport gasoline annually.”

Rothblatt's own story is central to her company's origin and possibly its future.

Among other things, her resume includes experience with airborne products: She founded Sirius XM Satellite Radio and served as its chairman and CEO. A 2014 Washington Post profile of her noted that she founded United Therapeutics in order to help save her daughter's life, by developing therapies for orphan diseases such as pulmonary arterial hypertension (PAH). It also noted that the company's success made her the nation's highest-paid female executive, as well as its highest-paid transgendered person (she had sex reassignment surgery in 1994). 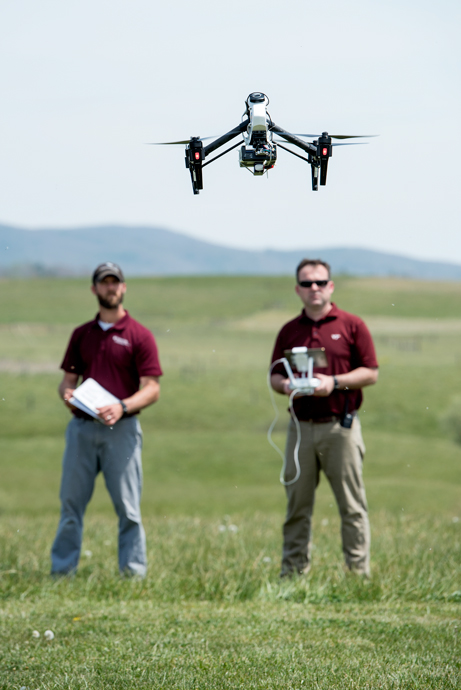 Given that it's headed by a transgendered person and has major operations in RTP, the company vocally expressed its opposition to HB-2, the so-called "bathroom bill" that many have interpreted as anti-transgender and anti-LGBT. "United Therapeutics opposes all laws that enable or encourage discrimination. We are deeply disappointed in the passage of HB-2 in North Carolina," says a statement on the United Therapeutics website. "United Therapeutics has longstanding policies prohibiting discrimination on the basis of sexual orientation, gender, gender identity or expression, as well as race, color, religion, sex, national origin, genetics, protected veteran status, disability or age. We will continue to follow our non-discrimination policies. We firmly believe our success as an organization depends upon the diversity of our employees, and we strive daily to cultivate an inclusive, welcoming environment for all."

Asked if the company had considered any actions related to the bill, spokesperson Andy Fisher says by email, "While we did move our 2016 annual shareholders’ meeting from North Carolina to Maryland as a result of HB-2, we have no plans to curtail or move our North Carolina operations. As a dynamic and growing company, we anticipate expanding our manufacturing and research and development facilities in the coming years. When that happens, we will need to compete for the most talented workers we can attract."

The talent level in North Carolina and in the RTP region is undeniable. But that doesn't mean stronger factors may not be in play.

"Although we plan to stay in North Carolina, in choosing where to invest in new facilities and create high-wage jobs, we will have to take into account the existence of laws and legislation such as HB 2," Fisher continued. "We love North Carolina and her wonderful people, who we think deserve a better solution to whatever issues HB-2 was intended to address. We hope North Carolina’s elected officials will reconsider it."

Also on Rothblatt's resume? The founding of a religion called the Terasem Movement that, among other foundational beliefs, considers death to be optional and has a mission to investigate the possibility of "conscious analogs" of humans that one day might have rights of their own.

The prospect of new types of beings and the science of manufactured organs happened to intersect this week in news from the National Institutes of Health (NIH), as it seeks public comment on its plans to modify NIH Guidelines for Human Stem Cell Research.

"With recent advances in stem cell and gene editing technologies, an increasing number of researchers are interested in growing human tissues and organs in animals by introducing pluripotent human cells into early animal embryos," wrote Carrie D. Wolinetz, Ph.D., associate director for science policy for the NIH, in an August 4th brief. "Formation of these types of human-animal organism, referred to as 'chimeras,' holds tremendous potential for disease modeling, drug testing, and perhaps eventual organ transplant. However, uncertainty about the effects of human cells on off-target organs and tissues in the chimeric animals, particularly in the nervous system, raises ethical and animal welfare concerns.

"NIH is also seeking comment on modifications to the NIH Guidelines for Human Stem Cell Research, where we propose to slightly expand the current prohibition on the introduction of human pluripotent cells into non-human primate embryos to include the preblastocyst stage," she continues, "and to clarify that NIH will not fund research involving the breeding of animals where the introduction of any type of human cell may result in human egg or sperm development." 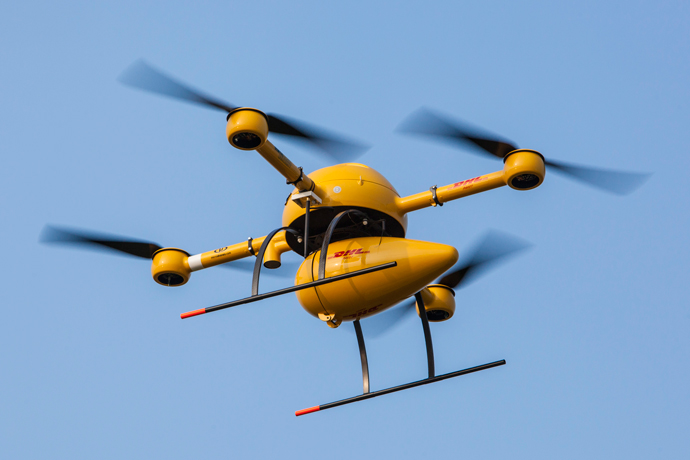 EHang and Lung Biotechnology are not the only firms deploying UAVs for medical purposes. DHL Parcel in 2014 launched a pilot project on the North Sea island of Juist that enables delivery of medications and other urgently needed goods to the island at certain times of the day by DHL parcelcopter.
Photo courtesy of DHL

The NIH plan already received its first public comment from a Dr. Theresa Pham on the NIH website, who stated, "As a physician who is in the field of research, I feel strongly that this use of chimera crosses an ethical line. Science [has] advanced tremendously and we know so much more about human biology than ever before. However, I feel like the more we know the more I realize how much we still don't know. Advancing our knowledge in some areas of science can't and should not be approached with the same presumptuous naiveté. Some adverse consequences are much more profound than others. If the predictions are wrong and the safeguards are not enough, then the price will be the cost of our humanity as well as these new life forms that did not ask to participate in this frightening enterprise."

The chimera in Greek mythology is a fire-breathing creature with a lion's head, goat's body and dragon's tail. In more modern terms, it's a thing that is wished for, but thought impossible to achieve ... an illusion or delusion, a fantasy, a pipe dream.

United Therapeutics has not issued any statements on the proposals. In the meantime, it's engaged in several distinctly non-delusional efforts as it looks to save the "typically birthed humans" already on the planet. The recently unveiled 184 autonomous drone from EHang could be a crucial tool in that enterprise. It's capable of carrying a passenger (or a manufactured organ) more than 10 miles through the air at speeds up to 65 miles per hour simply by entering a destination into its accompanying smartphone app. After several years of development, EHang unveiled the world’s first autonomous aerial vehicle at CES 2016.

“This is exactly the kind of global impact we envisioned when building the 184,” said Huazhi Hu, CEO of EHang, which in addition to its China HQ has branch offices in California, Dusseldorf, Beijing and Shanghai, and employs about 300 overall. “Partnering with Martine and Lung Biotechnology is an incredible opportunity to bring the 184 to the emergency medical space, and specifically help to revolutionize the organ delivery system in the U.S. It’s also representative of our broader dedication to making the EHang 184 and its commercial drones readily available to a number of different industries today.”