In the midst of a global growth strategy, a German pharmaceutical company plans to make a major investment in Des Plaines, Illinois. 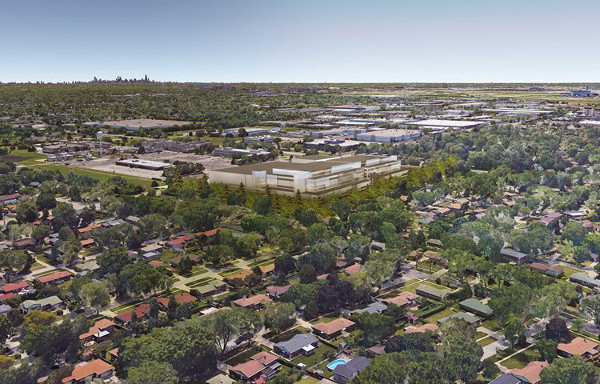 Last fall, Vetter, a Ravensburg, Germany–based contract development and manufacturing organization (CDMO) that specializes in aseptic filling of syringe systems, cartridges and vials, announced it would be investing €300 million (US$335 million) in expanding and upgrading its manufacturing sites, mostly in and around its home base. In July, the company announced its intention to spend nearly that much in one US location: Des Plaines, Illinois, a northwest Chicago suburb in an area that first welcomed German immigrants by the thousands in the 1840s and 1850s, when German was the primary language in many area homes and churches.

Today the city is a human and cargo transportation hub, just five minutes from O'Hare International Airport, with two Interstates, numerous rail and bus commute options and five railroads all conspiring to fulfill the community's slogan — "City of Destiny" — with destinations worth finding.

Vetter has signed an economic development agreement with the state, If the project passes muster with the city — and all indications are it will — Vetter is destined to invest $320 million and create at least 300 new jobs. That total would reach 400 to 500 if the company's full 10-year plan of growth comes to pass. 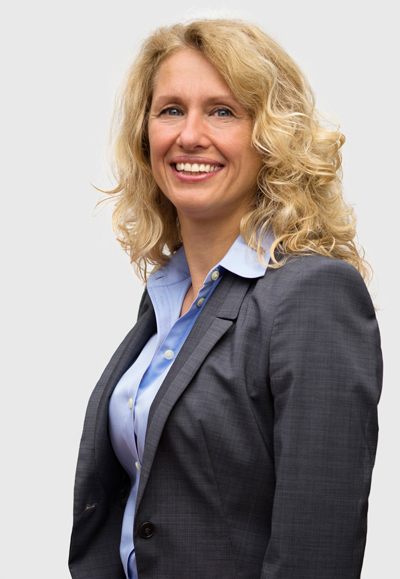 According to the City of Des Plaines Planning and Zoning Board agenda from its meeting on July 26th, the company plans to reuse two existing buildings on the 18-acre (7.3-hectare) property currently owned by the Salvation Army, and construct six new buildings, for a total of over 1.2 million sq. ft. (111,480 sq. m.) of building area. The company has requested that a parking ratio be established for pharmaceutical manufacturing and distribution, and requested planned-unit-development exceptions from the city's maximum height restriction of 50 ft. (15.2 m.) for heights as great as 92 ft. (28 m.).

Vetter's initial concept intends to offer its global customer base a US manufacturing opportunity for their market supply needs of commercialized drugs. If approved, the facility would be the second US manufacturing site of the company, paired with its existing US clinical development support service via a small-scale manufacturing facility located at Illinois Science + Technology Park in the nearby Village of Skokie. That complex employs about 70 of the company's 3,600 employees globally. The purpose and scope of work between the two facilities would not be overlapping, the company stated, but complementary.

“We believe that this project represents a win-win scenario for the residents of Des Plaines and Vetter alike,” said Vetter Managing Director Peter Soelkner at a community meeting July 12, the same day that the Illinois Department of Commerce & Economic Opportunity and the Illinois Business and Economic Development Corporation (ILBEDC) announced the project. “For us, it would be the next step in our plan for continuous growth." 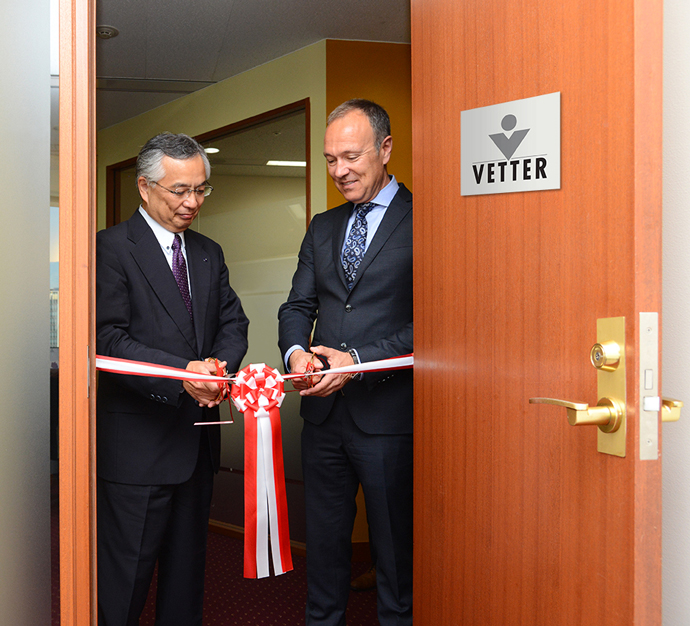 Vetter serves the top 10 pharmaceutical and biopharmaceutical companies, as well as small and midsized firms. One of them is AbbVie, headquartered not far away in North Chicago. 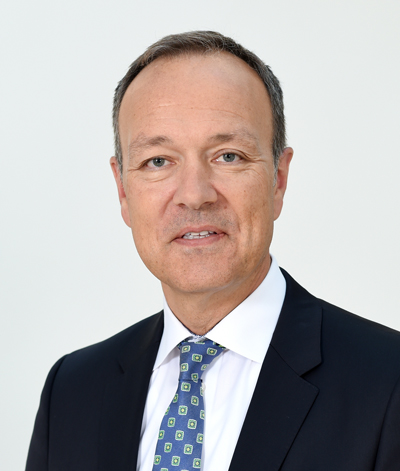 “It was invaluable for Jim Schultz and Andria Winters to be able to meet directly with Vetter in Germany. It’s that kind of outreach and customer service that will set Illinois apart and help close deals," said Department of Commerce Acting Director Sean McCarthy, who also gave credit to Skokie Mayor George Van Dusen, area utilities, the City of Des Plaines (whose economic development coordinator is Lauren Pruss) and Cook County for their support.

“Vetter will create hundreds of quality, high-skill jobs for Illinois residents, growing their presence in Illinois with lots of opportunity for future growth,” Illinois Governor Bruce Rauner said. “The collaboration between the State, the ILBEDC and our local partners was instrumental in attracting an investment of this scope and magnitude, which will reap economic benefits for Illinois for years to come.”

In an email interview, Vetter's Peter Soelkner says customers have been asking for commercial manufacturing capability in both Europe and the US over the past couple of years.

"Based on that desire, combined with our long-term strategy for worldwide growth, we started searching for a potential property," he says, noting the April visit in Germany with Illinois officials and the local support. But the search encompassed several US states. "The scales were tipped in favor of Des Plaines," he says, for several reasons:

"Des Plaines offers a diverse business environment that is focused on success and growth," he says. "We discovered a workforce in Greater Chicago that is committed to exceptional customer service. We have the feeling that business gets done here, and that the local workforce is well-educated and hardworking. And of course the high quality of life we have experienced so far is an important additional factor, being relevant for our customer relations and employees' well-being."

A successful approval and purchase process, Soelkner says, "supports our 'ability to act' preparations that put us in the position to offer our customer base greater flexibility in global manufacturing for the future. A facility would enable Vetter to further strengthen its strategic partnership approach with an increased global footprint." 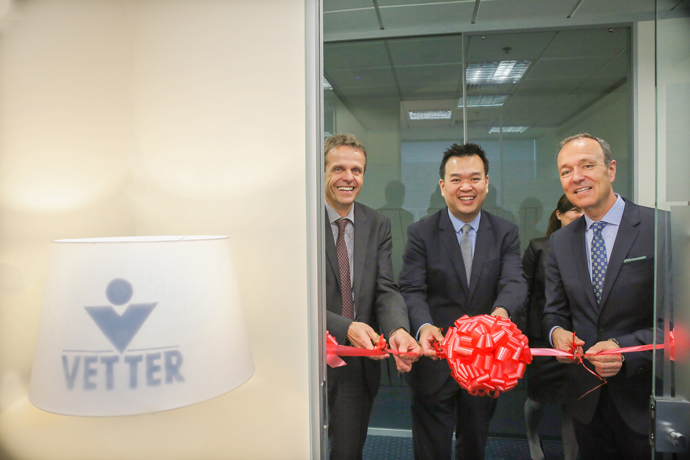 Dr. Susanne Resatz, president of Vetter Development Services USA, Inc., in April was named to the board of directors for the German-American Chamber of Commerce of the Midwest, whose 14-state territory encompasses 1,400 German businesses and about one-quarter of the nation's geographical area, population and GDP. Mark Tomkins, GACC-Midwest president and CEO, says, "We did support Vetter in their search and have had a close relationship since they set up their original US operation" in 2010. That was also the year Resatz arrived in Chicago from Germany. On her appointment to the GACC-Midwest board, she said the company's two-country manufacturing approach aligned perfectly with the organization's mission.

“Actively participating in organizations such as GACC Midwest helps Vetter broaden its horizon, with the goal of contributing to innovative and foresighted business and manufacturing processes," she said. "As such, they are instrumental in helping to strengthen our relationships with customers, suppliers, and other stakeholders.”

Soelkner says GACC Midwest's help "in identifying both the existing small-scale Skokie site and the proposed Des Plaines property for a potential new large-scale facility has been instrumental in assisting in our long-term expansion plans in the US and assisting in US-German trade."

The new investment is just the latest in a series of expansions and upgrades from Vetter, including in Skokie itself, where an additional staff shift for daily clinical manufacturing operations and the doubling of capacities for performing visual inspection and In-Process Control (IPC), among other additional offerings, were completed last June. The facility at that time passed audits and qualifications by as many as 30 companies, including nine of the top 20 leading (bio-)pharmaceutical companies. 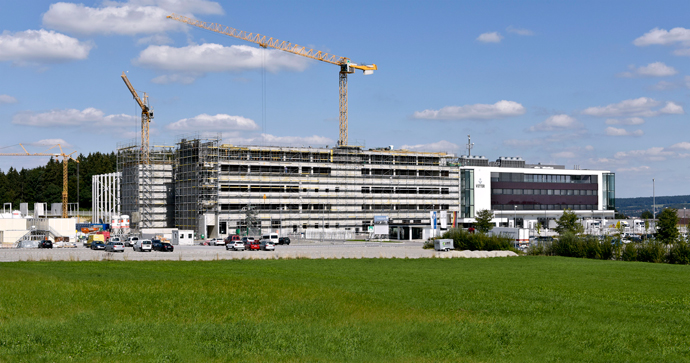 "This performance has resulted in a wide-ranging customer base that includes not only those in the US, but also European companies based for example in the UK and Denmark, as well as Asian-headquartered companies such as in South Korea," said the company last June. “Many of our customers have already returned for development work for a second, third, or even fourth molecule,” said Resatz.

Among the company's other recent investments: 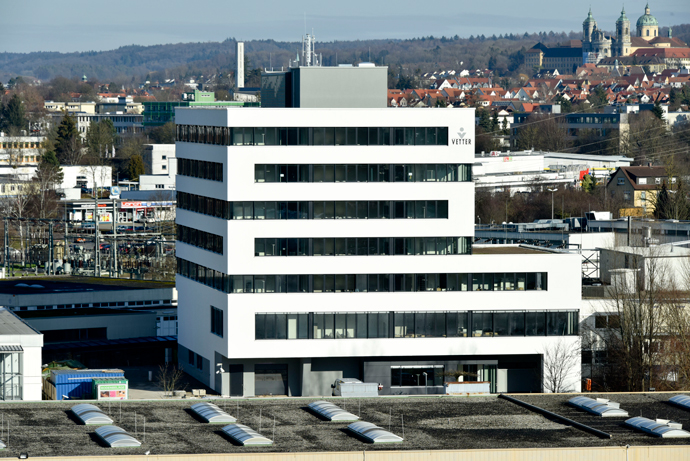 As for future growth, Soelkner says, "Right now we are focusing our expansion plans on the US commercial site project." But that doesn't mean the wheels aren't turning. As he puts it, employing a bit of medical terminology, no additional plans are yet "in a communicable stage."