BIO's biggest news this week in San Francisco was the release of a new report from the organization and partner TEConomy, The Value of Bioscience Innovation in Growing Jobs and Improving Quality of Life 2016that found US bioscience firms employ 1.66 million people, a figure that includes nearly 147,000 high-paying jobs created since 2001. The average annual wage for a US bioscience worker reached $94,543 in 2014. These earnings are $43,000 greater, on average, than the overall US private-sector wage of $51,148. The report includes detailed, state-by-state and metro-area analysis, including the following highlights:

Among the state-level organizations celebrating their states' profiles in the TEConomy/BIO report was 400-plus-member BioNJ, as New Jersey was cited as topping the list of states with a high degree of specialization in four of five industry sub-sectors (all except agricultural feedstock and chemicals), and for having an economy 89 percent more concentrated in the biosciences than the national average. Moreover, despite a decline in 2015 in venture capital investments in New Jersey life sciences companies, New Jersey was in the top quintile for venture capital investment over the period 2012-2015. "We are pleased to celebrate New Jersey's notable stature here today, however, we must address this venture investment fall-off with strategies that bring investors and investment into our State," said BioNJ President and CEO Debbie Hart. "There is a place for government, industry and academia in addressing this challenge and at BioNJ we are focused on making a difference in this critical arena."

Meanwhile, the report also offered good news for members of MichBio, Michigan's state biosciences organization. Over the past two years, Michigan’s total employment in the biosciences grew 5.7 percent to 44,277, a gain of almost 2,400 jobs. The state's medical devices sector shows the strongest location quotient (1.10). The total employment impact of the biosciences industry in Michigan is now 248,348. “The numbers are very encouraging, but continued growth is not guaranteed unless we proactively develop the state’s bio-industry further by executing the Michigan Bio-Industry Roadmap for Success strategic plan released by MichBio earlier this year," said Stephen Rapundalo, PhD, President and CEO of MichBio. One encouraging sign running counter to the national trend: Michigan’s research institutions conducted more than $1.2 billion in bioscience-related R&D in 2014, ranking 10th nationally in this metric. NIH funding granted to the state’s academic research institutions increased by 9.1 percent to almost $623 million.

The initiative is co-funded by the European Union’s COSME program. The EU's Ambassador to Australia, Sem Fabrizi, said the COSME programme supports SME competitiveness by facilitating internationalisation and creating a single European entry point for global players, including from Australia, in the life sciences health sector. "The EU is the world's largest economy and has allocated more than A$3.5 billion over seven years for the COSME programme," Fabrizi said. "This agreement is another welcome development in the ever deepening economic ties between the EU and Australia."

Another organization making the most of the BIO showcase was bionorthTX, founded in 2014 to promote North Texas’s life sciences and healthcare innovation and industry development. North Texas is home to 1,000 life sciences related companies with more than 26,000 employees focused on therapeutics, diagnostics, devices, clinical research, contract manufacturing and health care IT. “To outsiders our region may be known more for the financial market, software, oil & gas and the stockyards than life science and healthcare innovation,” said bionorthTX co-founder and COO Kay Tieman.

Examples of the region’s growing health care industry include the recent expansion of Galderma’s $22-million R&D center, expected to add up to 350 employees, and McKesson’s opening of a new distribution center with 950 employees. Thermi, a company developing thermistor-regulated energy solutions for aesthetics, dermatology and women's health, also is expanding following its acquisition by Barcelona-based Almirall for $88 million.

BIO on June 7th presented Virginia Governor Terry McAuliffe with its 2016 Governor of the Year award. “His leadership on biotech tax credits is a model for federal legislation that supports critical early-stage capital formation," said Jim Greenwood, president and CEO of BIO. "Furthermore, initiatives such his Virginia Research Investment Fund are powerful and successful tools for attracting and supporting industry growth. The Governor’s leadership in this field will continue to benefit his state, in terms of jobs and innovation, for years to come.”
“Governor McAuliffe's tireless advocacy for the biotech industry from the first day of his term has changed the conversation — on both policy and politics — in Virginia. Today, the state's biotech strengths and special opportunities are widely appreciated, and the question is how and how much, not whether, to prioritize this important and growing sector,” said Jeff Gallagher, CEO of Virginia Bio. “His biannual [budget] introduced in January was visionary, strategic and bold for biotech, strengthening programs that work and creating new policies, programs, and funding. It paved the way to an adopted budget which provides far greater financial support for bio research and commercialization than in the history of the Commonwealth." 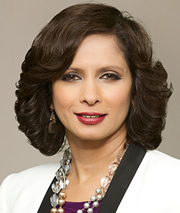 On June 7th at BIO, Utkarsh Tandon (10th grade, California) and Jilly Cronin (12th grade, Illinois) were named the winners of the International BioGENEius Challenge in Healthcare and Environment, respectively. Judged by industry and academic experts, Utkarsh and Jilly stood out from the 13 other finalists from the U.S., Canada, and Germany to win top honors and cash prizes of $7,500 each. “A great idea can come from anywhere, and the future of scientific advancement depends on our ability to effectively engage young minds in science and biotechnology," said Seema Kumar (pictured), vice president of Innovation, Global Health and Policy Communications at Johnson & Johnson.

Another country making a PR splash at BIO was Malta, where "companies such as Cardinal Health, Baxter and Actavis, among several other medical equipment and pharmaceutical companies, have not only remained in Malta, but are growing their footprint and operations locally," said a release from Malta Enterprise. The country's National Research & Innovation Strategy 2020, released in 2014, is one big reason why. In December, Malta Enterprise cut the inaugural ribbon at Malta’s Life Sciences Park (rendering below), where half the space is already occupied. 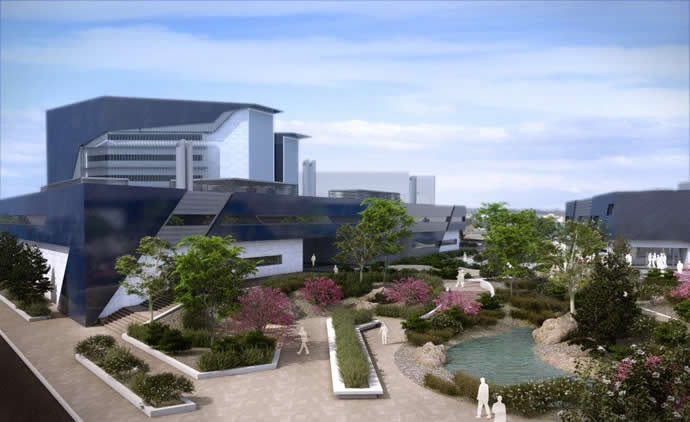 Rendering of the Malta Life Sciences Park
Rendering courtesy of Malta Life Sciences Park
An updated 11-page white paper from Commercial Real Estate Group of Tucson (CREG Tucson), released for BIO, conveys the depth of the bioscience community in the region of nearly 1 million people. “There are more than 100 bioscience companies in Tucson,” says Michael Coretz, principal of CREG Tucson. “The area is home to companies like Ventana Medical Systems/Ventana Roche and Sanofi, along with C-Path and other accelerator and funding organizations.” BIOSA (Bioindustry Organization of Southern Arizona) and Bioscience Leadership Council of Southern Arizona continue to facilitate connections, nurture funding sources and help build a talent base.