How a Medical Device Maker Picked its Spot

A maker of respiratory products expands in the Keystone State following a merger. 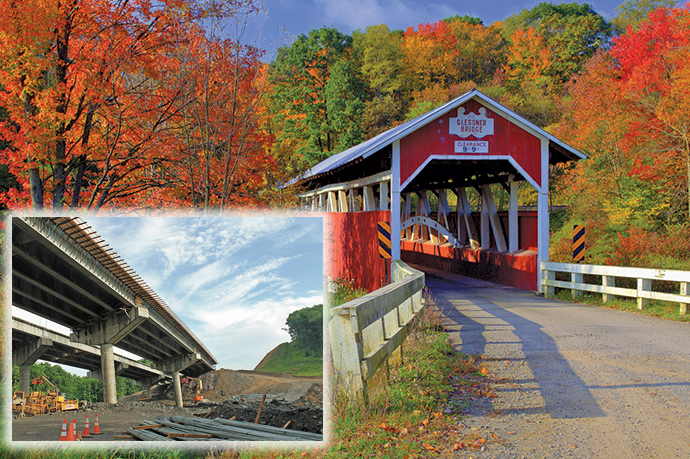 Somerset County, located southeast of Pittsburgh, is known for its covered bridges. But growth is also spurring the need for modern bridges, six of which are part of the Route 219 expansion soon to connect Ebensburg and Meyersdale with a four-lane highway.
Photos courtesy of Somerset County; Glessner Covered Bridge photo by Chuck Wagner
By RON STARNER

A best-in-class logistics network and talent pool sealed the deal for a medical device manufacturer seeking the optimal location for its rapidly growing business.

The final location choice turned out to be right where the company has been based since 1951: Somerset, Pennsylvania, located in Somerset County, along I-76 to the southeast of Pittsburgh. The county is most well known recently as the site of the terrorist-induced crash of United Airlines Flight 93 in Shanksville in 2001, and the Quecreek Mine rescue of nine trapped miners in 2002.

If company and local authorities have their way, the area will be known for yet another jewel in the Pennsylvania's medical device crown.

In July 2015, Drive acquired DeVilbiss, a global manufacturer of respiratory and sleep products that are distributed to more than 80 countries. Now that the merger is final, the company plans to expand production of its oxygen concentrator line and consolidate production to one facility in Somerset County.

“DeVilbiss has a long history of innovation, going back to the 1880s,” said Harvey P. Diamond, CEO of Drive. “While their products still enjoy considerable market share, we think there is potential to do much more with the DeVilbiss brand and product line, especially since the sleep market is the fastest-growing segment in the industry.” 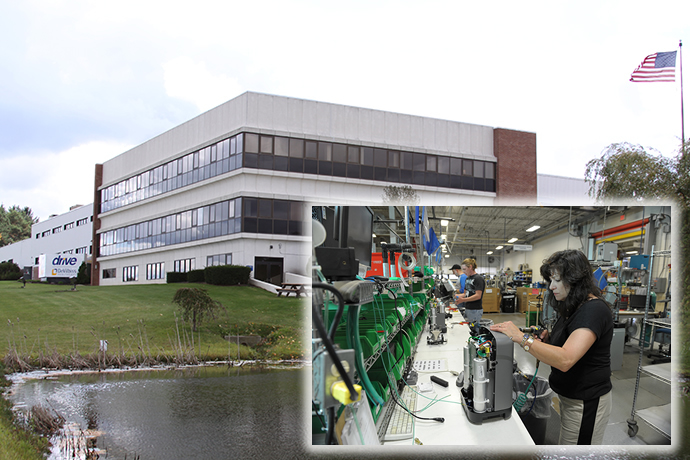 In an interview, Tim Walsh, chief financial officer for Drive DeVilbiss Healthcare, discussed with Site Selection the strategy that led the firm to remain in Somerset and grow.

Why did Drive/DeVilbiss select Pennsylvania for its home base?

Tim Walsh: DeVilbiss Healthcare has been based in Somerset, Pennsylvania, since 1951. In July of 2015, it was acquired by Port Washington, New York–based Drive Medical. In October, following the completion of the integration of the two companies in the US, the company was rebranded as Drive | DeVilbiss Healthcare. As part of the integration, an evaluation was made on where best to locate the production of DeVilbiss respiratory products between another Drive location in Florida or maintaining operations in Somerset.

While performing this analysis, DeVilbiss management met with the Somerset County Economic Development Council (SCEDC), who arranged for a meeting with the Pennsylvania DCED [Department of Community and Economic Development] and the Governor’s Action Team to determine if there were any financial incentives to expand and maintain the Pennsylvania-based employment levels. For numerous reasons, one of which was the awarding of a Pennsylvania First Grant issued by the DCED, the decision resulted in moving forward with the expansion in Somerset.

What are the location factors that make Pennsylvania such a good business destination for your company?

Walsh: Pennsylvania is a good business destination because of the ease of access to major transportation routes for efficient distribution of our products and the abundance and talent of the Western PA employee pool. 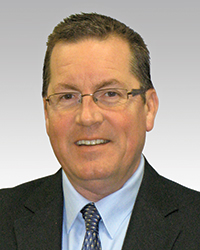 Tim Walsh
“The awarding of the Pennsylvania First Grant played a major role in helping to solidify the decision to expand and maintain the employment levels with the Somerset facility.”
— Tim Walsh, CFO, Drive DeVilbiss Healthcare

What do you like best about the workforce in Pennsylvania?

Have you expanded recently? Do you expect to expand again in the near future? If so, where?

Walsh: DeVilbiss recently expanded its production capacity within its Somerset facility following the acquisition by Drive Medical. The capacity expansion was required to meet demand due to Drive’s market-leading position within the durable medical equipment industry. The expansion resulted initially in an increase of 25 production employees in family-sustaining assembly jobs. As our growth continues and additional demand is created for our products, we foresee the need to add additional resources.

How important are incentives in your site selection decision-making process?

Walsh: The awarding of the Pennsylvania First Grant played a major role in helping to solidify the decision to expand and maintain the employment levels with the Somerset facility.

How helpful in your initial site selection were state and local economic development organizations?

Walsh: The SCEDC, who we first reached out to, played a significant role in connecting us to the DCED and the Governor’s Action Team. They were very responsive to our situation and understood their help would yield the maintenance and expansion of family-sustaining Pennsylvania-based jobs.