The Rich Get Richer in JLL's Latest Outlook Report

But suburban, second-tier and submarket options beckon with opportunity. 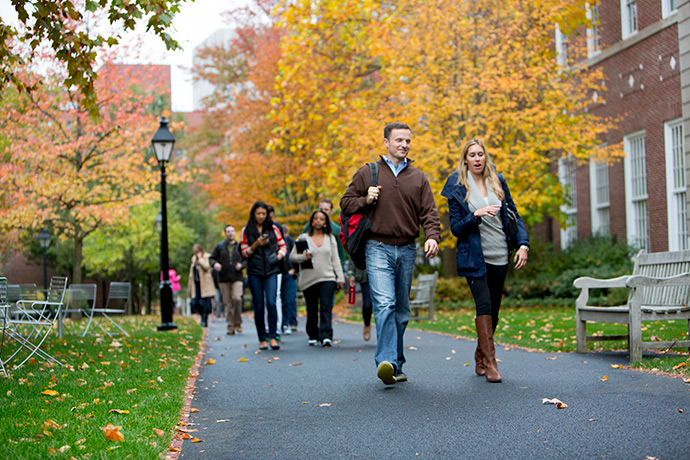 Students walk across the campus at Harvard University, which along with MIT, Boston College, Boston University and other institutions helps foster the nation's leading life sciences cluster.
© Rose Lincoln for Harvard Business School
by ADAM BRUNS 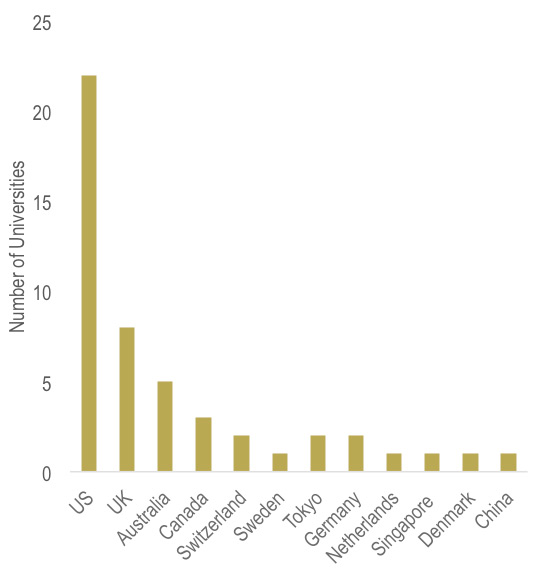 Based on a matrix of factors including employment and firm concentration, NIH and venture capital funding, rentable space supply and market occupancy, Greater Boston edges out the San Francisco Bay Area as the strongest US cluster in JLL's fifth annual Life Sciences Outlook Report.

Though officially now divided by the US Census Bureau into the Raleigh MSA and the Durham-Chapel Hill MSA, "Raleigh-Durham" is recognized as No. 3 in JLL's estimation, followed by San Diego and Seattle-Bellevue.

What continues to strengthen these top performers is, well, access to top performers, i.e. the talent flowing out of leading research universities. Among the facts that leap out of the JLL report: "Seven of the top 10 biological science programs are at graduate universities located in the top clusters of Boston, the Bay Area and San Diego."

At the same time, however, the high rents and high wages associated with those urban markets are driving opportunity in submarket locations such as the Philadelphia suburbs; Boston's northwest suburbs; Bothell, Washington; and Boulder, Colorado, where AstraZeneca last year purchased a site from Amgen. This month, the company complemented that acquisition with the purchase of a biologics manufacturing facility in Longmont, Colorado, from Amgen.

'Seven of the top 10 biological science programs are at graduate universities located in the top clusters of Boston, the Bay Area and San Diego.'

"Expensive and competitive urban real estate markets are driving suburban expansion by life sciences companies,” said Roger Humphrey, executive managing director and leader of JLL’s Life Sciences group, in a JLL press release. “For those highly sought-after locations in the heart of cities like Boston and San Francisco, fierce competition for space and talent is leading to both new development and creative renovations of first-generation space.” That includes former GSK space in the Research Triangle, and former 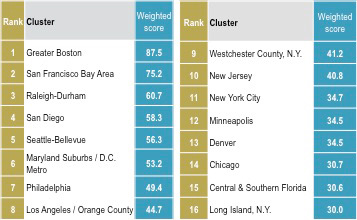 Among the year-over-year trends noted by JLL:

The report also notes the increasing faith in the sector from institutional investors, signified by transactions such as Longfellow Real Estate Partners' acquisitions in the Durham market; the $1.5-billion acquisition of Wexford Science’s portfolio by Ventas;
and Blackstone Group’s $8-billion purchase of BioMed Realty Trust and its 18.9-million-sq.-ft. portfolio.

"With assets spread across 12 of our clusters, it is also symbolic of JLL’s cluster rankings," said JLL of the Biomed portfolio, which includes 3.9 million sq. ft. in the Bay Area, 3.3 million sq. ft. in Greater Boston and 2.5 million sq. ft. in San Diego, "as well as a sizeable footprint in Westchester County, suburban Maryland, Philadelphia and Seattle."

New construction is also rising in leading markets, and the extra-curricular aspects of those projects reflects the extra-high requirements that top talent is now able to demand. 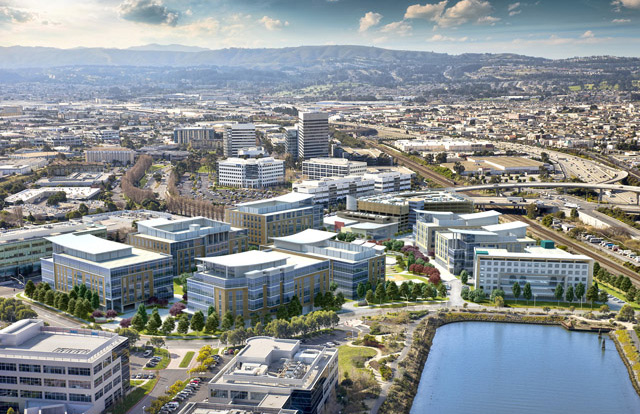 The Cove, a 1-million-sq.-ft., seven-building campus located in South San Francisco being developed by HCP Life Science Estates, is the largest life sciences development currently underway in the United States. Having recently welcomed locations from CytomX Therapeutics and Denali Therapeutics, the campus embarked on its second phase earlier this year, and includes bowling alleys, bocce ball courts, a high-end hotel and new retail space. HCP is the largest owner of life science real estate on the West Coast, with over 120 properties representing 7.9 million sq. ft. (including active re/development) as well as over 3 million buildable sq. ft. of entitled, developable land in California coastal markets.

"There has been significant interest in the project as life science companies stay focused on recruiting and retention in today's competitive landscape," said CBRE's Rick Friday.

"On the opposite coast in Boston, shovels are in the ground at the Alexandria Center at Kendall Square (ACKS)," said the JLL report. "This includes 500,000 square feet of rentable office and lab space at 50-60 Binney St., with Bluebird Bio set to occupy the lab portion, as well as 430,000 square feet at 100 Binney St., where pharmaceutical giant Bristol-Myers Squibb will be the anchor tenant. In addition to being in the heart of East Cambridge, ACKS includes restaurants, shops, state-of-the-art fitness centers, a bus shuttle service and an ice-skating rink."

In New York City, the Alexandria Center for Life Science - New York City continues to expand in Manhattan, now growing to 728,000 sq. ft. In June Alexandria revealed plans for Alexandria LaunchLabs™ at the center and the Alexandria Seed Fund in order to "dramatically accelerate translational research out of New York City's world-class academic laboratories." The fund is targeted at between $10 million and $25 million.

'2015 was a record year for biotech VC funding with more than $10 billion invested nationally.' 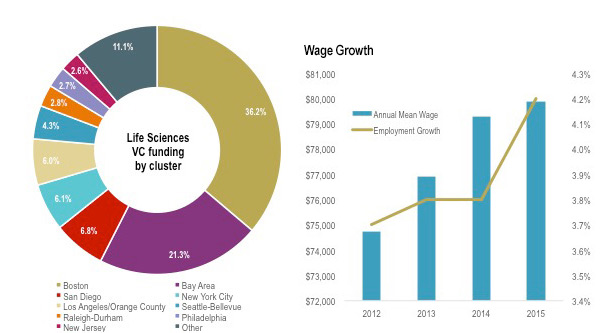 "The most palpable source of momentum across New York City's life science cluster is from new entities spinning out of the city's leading academic medical institutions," said Jenna Foger, senior principal of science and technology of Alexandria Real Estate Equities, Inc. and Alexandria Venture Investments. "As the quality of science and entrepreneurship is reaching new heights, it is our collective responsibility to solve the funding bottleneck that local seed-stage companies currently face in order to catalyze innovation and strengthen this important segment of the New York City community."

JLL's report notes a number of rising trends that may impact real estate decisions and strategy in life sciences clusters: