Royal DSM in early April opened a new biotechnology facility at its site in Delft, Netherlands, to accelerate DSM's biotechnology research and development capabilities for applications in food and nutrition, feed, fuel, pharma and bio-based materials. The completion of this new biotechnology center at the site where DSM Food Specialties maintains its global headquarters is part of a €100-million investment program by DSM to scale up R&D in the Netherlands since 2013. The center houses over 400 R&D experts from 27 countries and "builds on a solid history of nearly 150 years of fermentation and biotechnology innovation" in Delft, said the company, starting with a yeast and spirits factory in 1869 and including such developments as large-scale penicillin production and enzymes for those with lactose intolerance. Biotech Campus Delft is an initiative of DSM Delft, Delft University of Technology, the City of Delft and the Province of South Holland.

Zurich-based Venture Valuation provided 45 valuations to life sciences clients in 2016 compared to 31 in 2015. Over the two years, Europe represented around 70 percent, with Asia and the US at 15 percent each. "Most of the valuations were used for fund-raising, M&A, and licensing deals, as well as for compliance reasons including fairness opinions for reverse mergers and other transactions," said the firm. The average value of a company was around US$50 million and the average product valuation was around US$150 million.

The Biotechgate Database, a property of Venture Valuation AG, is a global Life Science Database containing over 44,000 company profiles and providing the user with information on life science companies, licensing products, financing rounds as well as key data on management structures and technology platforms.

Oklahoma Governor Mary Fallin in early April announced that Mobile Medical Examination Inc. (MedXM), a national leader in the design and implementation of preventive care technology and in-home health risk assessments, will be expanding into Oklahoma City to house additional support for MedXM outreach initiatives. The center plans to provide 400 full-time jobs over the course of five years. “As part of our expansion plan and to better serve our national footprint, we researched and spoke to a number of different state governments. I’m happy to announce that Oklahoma, specifically Oklahoma City, was chosen as our new home,” said MedXM CEO Sy Zahedi. “We were able to check every box we needed to make this an obvious choice.”

Last year the company expanded three times, moving into more corporate office space in Roseville, Minnesota, as well as into more outreach center space in Santa Ana, where its HQ is located. 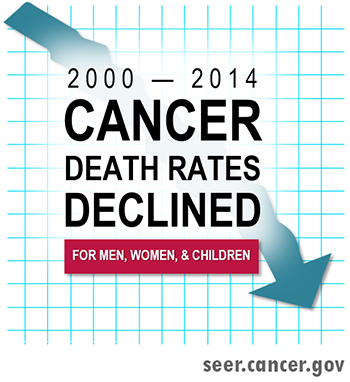 Overall cancer death rates continue to decrease in men, women, and children for all major racial and ethnic groups, according to the latest Annual Report to the Nation on the Status of Cancer, 1975-2014. The report appeared early online in the Journal of the National Cancer Institute (JNCI) and includes a special section, which this year focuses on survival expressed as percentage. It finds that several but not all cancer types showed a significant improvement over time for both early- and late-stage disease, and varied significantly by race/ethnicity and state.

"While trends in death rates are the most commonly used measure to assess progress against cancer, survival trends are also an important measure to evaluate progress in improvement of cancer outcomes," said Ahmedin Jemal, D.V.M., Ph.D., of the American Cancer Society and lead author of the study. 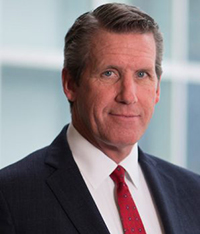 Bill McKeon this week was named Texas Medical Center president, CEO and member of the board of directors.
Photo courtesy of TMC

Texas Medical Center (TMC) in late March was honored with the “Elevate Texas” award from the Texas Economic Development Corporation. “Texas Medical Center has been instrumental in elevating the life sciences field in Texas,” said Sanjiv Yajnik, chairman of the board of Texas Economic Development Corporation and president of Financial Services at Capital One. As the largest medical complex in the world, Texas Medical Center is home to 59 member institutions, employs more than 100,000 of the brightest minds in the country and hosts 10 million patient encounters each year. With 3.5 million square feet in construction projects currently underway and partnerships with leading corporations around the world, including Johnson & Johnson, Apple and AT&T, the Texas Medical Center continues to expand its footprint in Texas and around the country.

“We are forging ahead on our translational research campus, TMC3, and continuing to drive progress through partnerships with global companies that are partnering with TMC on new projects to advance health care innovation,” said Bill McKeon, Texas Medical Center EVP, COO and chief strategy officer. This week, he was named TMC president, CEO and member of the board of directors.

Millions of injury diagnosis led health data company Amino to compile this fascinating report on most common and most disproportionately common injuries by state. (Note: "Suffocation" in all those western states may be due to suffering experienced in low-oxygen mountain altitudes.)

“Boston Analytical is committed to providing the highest quality analytical testing services to companies and organizations in the pharmaceutical industry. With this mission, MPA understood that our new space needed to accommodate an escalating demand for our services,” said James Mich, general manager at Boston Analytical. “Our new ultramodern space has improved employee satisfaction by providing the latest in pharmaceutical testing technology in a new and attractive place to work. MPA’s lab design will allow us to successfully meet the needs of our increasing pharmaceutical client base." 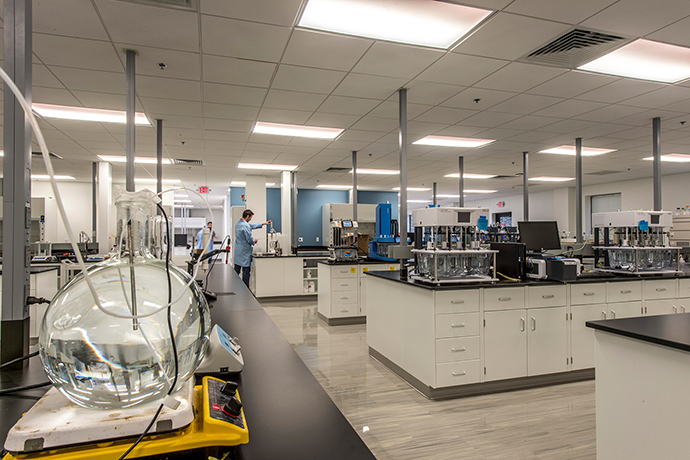 Cousins Properties in late March announced that Amgen had signed a 10-year, approximately 125,000 sq.-ft. lease at Corporate Center, a 1.2-million Class A office asset in the Westshore submarket of Tampa, Florida. The space will be home to a new Amgen Capability Center, staffed with approximately 450 Amgen employees, responsible for the delivery of business-enabling services including operational, analytical, staff support and business support activities. Amgen plans to open its new Tampa location in late 2017, following a major restructuring announced in March that will relocate nearly 500 positions from Thousand Oaks, California, to sites in Cambridge, Massachusetts; South San Francisco; and the new Tampa location.

According to Pwc Health Research Institute (HRI), President Trump’s "skinny" budget proposes “recalibrating” the FDA’s user fee programs for medical products, requiring the life sciences industry to pay about $1 billion more in fees to cover regulatory reviews and inspections. "As of FY 2017, the fee for a company to submit a new drug with clinical data was just over $2 million," says the HRI. The fee increase would help offset a 17.9 percent reduction in federal HHS funding. The White House wrote in its budget that, “in a constrained budget environment, industries that benefit from FDA’s approval can and should pay for their share.”

Pharmaceutical Product Development, LLC (PPD) recently announced the launch of a 12-month clinical research associates (CRAs) apprenticeship program targeted to military veterans and military service members with medical backgrounds who are transitioning to the civilian workforce. PPD’s initiative, the first CRA apprenticeship program registered with the U.S. Department of Labor, already has begun in North Carolina, Texas and California during the first quarter of 2017.

“As a veteran who transitioned to the civilian workforce, I understand the need to provide viable career opportunities to those who have served,” said William Sharbaugh, COOof PPD. “Our industry-first CRA apprenticeship program recognizes the skills of veterans and transitioning service members with medical backgrounds who, through their service, have developed the requisite skills of leadership and who are motivated to join us in helping deliver life-changing medicines.”

NCWorks, the North Carolina approving agency for the U.S. Department of Labor, and the Office of Apprenticeship in California and in Texas approved PPD’s application to make the role of clinical research associate (clinical documentation improvement specialist) a recognized occupation for registered apprenticeship programs.