BDC Capital, the investment arm of Business Development Bank of Canada, is excited about the life sciences, following successful IPOs this summer by two companies it's backed: Clementia Pharmaceuticals and Zymeworks. "Canadian companies, universities, and research centers have consistently produced groundbreaking innovation backed by strong science," said an August 9 release. "Renewed investment into the sector by BDC Capital with their $135M Healthcare Fund announced in 2013 and increased investment from other Canadian biotech focused funds is beginning to catalyze great companies, strong investment syndicates and increased international capital into the sector."

In early August, an Iran-China joint Center for Research and Development of Medical Engineering Technologies was inaugurated in Suzhou, China, following an agreement signed in November 2016 between Iran Vice President for Science and Technology Sorena Sattari and leaders of the Chinese Academy of Sciences.

Shire plc in April opened a new HQ office in Dublin, Ireland at the Miesian Plaz. Shire has located one of its global corporate services teams in the building to provide support services across Shire’s global operations in the areas of procurement and finance, and has been in the process of hiring 150 new employees to join that team. By July, approximately 300 Shire employees were to be based at the Miesian Plaza. "It’s an exciting time for us at Shire in Ireland," said Alan Walshe, Shire's general manager for Ireland. "The decision to open our corporate HQ at the Miesian Plaza and last year’s announcement of our investment in a state-of-the-art biologics facility at Piercetown in County Meath demonstrates that Ireland remains an important part of Shire’s global footprint and future strategy."

The company maintains its group HQ in Dublin, its international operations HQ in Zug, Switzerland, and its US HQ in Lexington, Massachusetts.

Not far away, New York–based Bausch + Lomb has expanded its facility in Waterford, Ireland, after nearly deciding to close the site just three years ago. After committing to the expansion in April 2015, the company has invested €85 million (US$99 million, or 13 percent more than originally stated) and is adding 125 new jobs to bring total employment in Ireland's southeast region to 1,300.

In July, Tavistock Development Company announced that drug development and regulatory science  firm Certara will open a new office in Lake Nona Medical City in Orlando on the second floor of the GuideWell Innovation Center (pictured below). “There is a growing global demand for scientists who are skilled at using modeling and simulation to improve decision making throughout the drug development process,” said Certara CEO Edmundo Muniz, MD, PhD. “The University of Florida’s Center for Pharmacometrics and Systems Pharmacology in Lake Nona is doing an excellent job of training the next-generation of pharmacometricians. In fact, Certara just established an endowed professorship to support their work further." 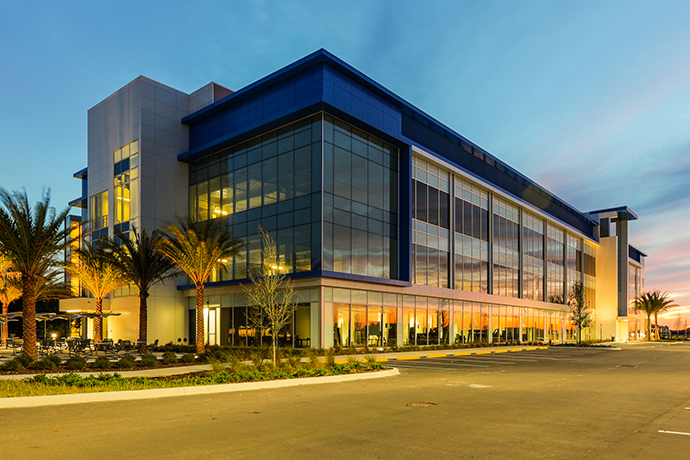 Earlier this year, Sanofi and Lonza entered into a strategic partnership to establish via JV a large-scale biologics production facility in Visp, Switzerland, with an initial investment of around CHF 290 million (€270 million or US$317 million) shared equally between Sanofi and Lonza. "The initial phase of the facility will commence construction in 2017, pending necessary regulatory approvals, and is expected to be fully operational by 2020," said Lonza, which has previously built and licensed three similar facilities in the US and Singapore. Marc Funk, COO of Pharma & Biotech at Lonza, said, "As part of our strategic roadmap, we will develop further innovative business models based on the requirements of our customers. We intend to address these long-term market needs by establishing a state-of-the-art strategic biologics manufacturing platform. The strategic partnership with Sanofi represents the first module in this undertaking, and we are convinced that with this future-oriented approach, we can serve additional customers."

According to the EP Vantage 2017 Pharma and Biotech Half-Year Review and EP Vantage 2017 Medtech Half-Year Review, biopharma is staging a strong recovery while unprecedented amounts of money flow into medtech. Among other highlights, IPOs of development-stage companies exceeded $1 billion in the second quarter; and the first half of this year saw the three biggest-ever VC rounds in medtech, raising more than $2 billion between them. EP Vantage states that 2017 "could see nearly $98 billion spent on medtech M&A — double last year’s total — but with only around 150 transactions versus 234 in 2016."

In July, Verdezyne Inc., a synthetic biology company producing biobased chemicals, broke ground for its VerdePalm plant, Verdezyne's first commercial-scale renewable chemicals manufacturing facility, at the Bio-XCell premier biotechnology and ecosystem park in Nusajaya, Iskandar, in southern Malaysia. The first product produced at VerdePalm will be dodecanedioic acid (DDDA), a 12-carbon diacid that is a component of many consumer products currently made from petroleum. "The VerdePalm plant is part of our comprehensive strategy of expansion into Asia, and represents a major step toward our goal of replacing petroleum-derived chemicals with renewable drop-in replacements," said E. William Radany, Ph.D., president and CEO of Verdezyne.

"Malaysia will continue to commit to the ongoing advancement of biotechnology in the country. The groundbreaking ceremony signifies Verdezyne's readiness to work with Malaysia and marks another milestone in our quest to add value to the palm industry using biotechnology as a catalyst," said Zainal Azman B. Abu Kasim, senior vice president of bioIndustrials, Bioeconomy Corporation in Malaysia.

What if you could 3-D-print a skull? Or print proteins or parts of viruses using radio waves? These are the sorts of things GE says are now becoming possible.

New research on US diabetes prevalence from the Gallup Sharecare Well-Being Index indicates the South had the highest incidence as of 2016, and the West the lowest. Transportation workers led all major occupation types in their 2016 diabetes rate, at 10.3 percent — more than double the rate seen among physicians (5.1 percent), the occupation with the lowest reported prevalence. Farmers/Fishers/Foresters reported the second-highest rate, at 8.5%. Related research released earlier this year by the Index shows the cities with the healthiest and unhealthiest eating habits: 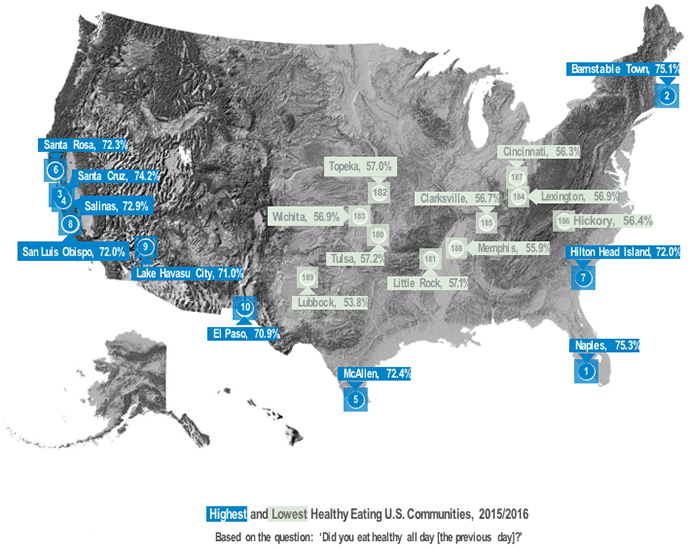