Worried About Your IP and Market Access Around the World?

The US Trade Representative and PhRMA are too. 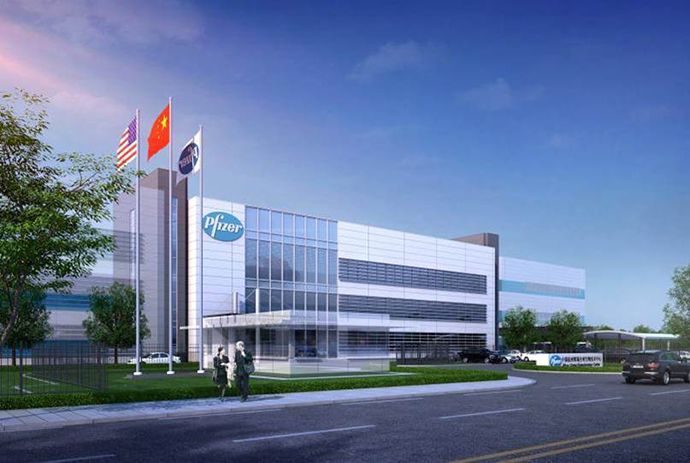 Pfizer in June 2016 announced an investment of approximately $350 million in a 150-job Global Biotechnology Center in the Hangzhou Economic Development Area in China.
Image courtesy of Pfizer
by ADAM BRUNS

In April, the Office of the United States Trade Representative (USTR) issued its Special 301 Report, issued each year after a review of the state of intellectual property rights (IPR) protection and enforcement among the nation's trading partners around the world.
According to US government estimates, in total, IP-intensive industries directly and indirectly support 45.5 million American jobs, about 30 percent of all employment in the United States. "By identifying the IP-related trade barriers, the report helps focus efforts towards protecting and creating US jobs, and promoting free and fair trade that benefits all Americans."

It will come as no surprise to life sciences professionals that the word "pharmaceutical" appears 90 times in the 81-page report. Highlights worth noting (italics and bold type added) include the following: 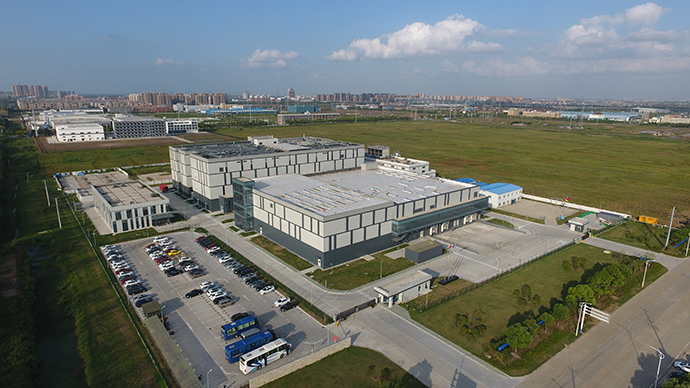 An entire section of the report singles out issues of interest to life sciences corporate decision-makers in detail, some of which might appear to be as worthy of scrutiny at home as abroad: "In order to facilitate both affordable health care today and the innovation that assures improved health care tomorrow, USTR has sought to reduce market access barriers to pharmaceutical and medical devices, including measures that discriminate against US companies, are not adequately transparent, or do not offer sufficient opportunity for meaningful stakeholder engagement."

All of that said, it's notable that such concerns haven't kept companies from investing in watch-list nations. Of the 155 pharmaceutical facility investments with an R&D component tracked by Site Selection's Conway Projects Database since the beginning of 2014, 27 of them have been in China, including from such US giants as Pfizer (in both Hangzhou and Suzhou) and Abbott (Shanghai), as well as Sanofi, Merck and Novartis. (By comparison, there were 70 over that time period in the US.)

“We believe that the Pfizer Global Biotechnology Center in Hangzhou will help support China’s aim to increase the complexity and value of its manufacturing sector by 2025, and contribute to building a truly innovative and vibrant biopharmaceutical industry,” said John Young, Group President, Pfizer Essential Health, of the $350-million, 150-job investment announced in June 2016 and expected to be complete in 2018. “We are encouraged by a series of important reforms introduced by Chinese government that will further stimulate the industry to meet emerging health challenges, such as the rising incidence of non-communicable diseases and an aging population; as well as attract both domestic and foreign investment in healthcare and R&D.”

Here are further highlights from the USTR report:

This year’s Report highlights concerns regarding market access barriers affecting U.S. entities that rely on IP protection, including those in the pharmaceutical and medical device industries, particularly in Algeria, India, and Indonesia. Measures, including those that are discriminatory, nontransparent, or otherwise trade-restrictive, have the potential to hinder market access in the pharmaceutical and medical device sector, and potentially result in higher healthcare costs. For example, taxes or tariffs may be levied — often in a non-transparent manner — on imported medicines, and the increased expense associated with those levies is then passed directly to healthcare institutions and patients. By some estimates, federal and state taxes can add 38 percent to the cost of medicines in Brazil, and according to an October 2012 WTO report titled 'More Trade for Better Health? International Trade and Tariffs on Health Products,' India maintains some of the highest tariffs on medicines, pharmaceutical inputs, and medical devices among the WTO members identified in the report."

On April 28, Pharmaceutical Research and Manufacturers of America (PhRMA) Vice President Jay Taylor issued a statement after the report's release that called out problematic partners by name:

“Effective intellectual property protection abroad and fair access to overseas markets are essential to continue the work of bringing new treatments and cures to patients who need them," he said. "But as today’s Special 301 Report makes clear, India, Indonesia and other countries are failing to protect American ideas, brands and inventions. US free trade agreement partners like Canada and Colombia are among the worst offenders. Urgent action is needed to hold these countries to their global and bilateral commitments and to ensure innovators in the United States can compete on a level playing field."

"India’s vocal encouragement and propagation of initiatives that promote the erosion of IP around the world, especially in the pharmaceutical sector, sends a concerning signal about India’s commitment to strengthening its IP regime. This also contradicts positive statements made by Prime Minister Modi and high-level initiatives, including the National IPR Policy and Start-up India."
— 2017 Special 201 Report, Office of the U.S. Trade Representative

“Countries highlighted in the 2017 Special 301 Report are preventing innovators from securing patents, enforcing patents and protecting regulatory test data," Taylor said. "India and Indonesia do not even provide patents for many kinds of new medicines. Canadian courts have struck down patents on 25 medicines that have benefited Canadian patients and enjoy patent protection in many other countries around the world. Colombia fails to value and protect innovation and is slowing the launch of new medicines by delaying review of biopharmaceutical patents.:

“Intense bilateral engagement is also needed to remedy serious and growing concerns in certain other countries," Taylor continued. "For example, contrary to its US trade agreement obligations, the Australian Government is discouraging effective patent enforcement by seeking hundreds of millions of dollars in damages from biopharmaceutical innovators that pursued unsuccessful patent claims. This practice comes against the backdrop of an otherwise rapidly deteriorating environment for innovators in Australia."

That critique runs counter to at least one finding in the JLL Life Sciences Industry Trends report released in December, which found that Australia was home to five of the top 50 life sciences universities in the world, good for third place behind the US and the UK.

The PhRMA analysis laid into Turkey and Russia too:

"Since 2010, Turkey has required medical products to undergo a time-consuming and opaque certification process before entering the market. Turkish authorities lack the resources to expeditiously complete these inspections, causing significant delays and disproportionate impact on entry of imported pharmaceuticals to the market. This local inspection requirement grew more restrictive in 2016, when Turkish authorities began requiring full on-site inspections for essentially all imports — but not for domestic products."

"Turkey and the Russian Federation have imposed or proposed laws designed to coerce the use of local manufacturing. In Turkey, these measures include a December 2015 proposal to provide preferential reimbursement and faster regulatory approval for domestic healthcare products, coupled with the removal of certain imported products from the reimbursement list. And to further minimize foreign competition, Turkey recently limited the definition of 'domestic' products to those for which at least 51 percent of the total cost is derived from local materials or labor, and substantive manufacturing stages occurred in Turkey.

"Similarly, in the Russian Federation, only drug products that were tested in a local clinical trial may be submitted for registration, and local firms solely benefit from certain inflation-linked price increases. As in Turkey, the Russian Federation’s definition of 'local' has been recently restricted — to require in-country production of the active pharmaceutical ingredient or final deliverable form of the product. These measures decisively benefit domestic products in violation of WTO national treatment obligations.

"Finally, Turkey has also adopted coercive technology localization policies. In May 2016, Turkish authorities issued guidelines stating that products would receive preferential treatment based on, among other factors, transfer of technology to Turkey. These discriminatory rules fly in the face of U.S. trade priorities."

"Compulsory licensing — through which a government permits the making, use, sale or importation of patented pharmaceuticals without the patent-holder’s permission — is among the most commercially disruptive and politically sensitive challenges facing America’s pharmaceutical industry today. Although the practice is permitted in limited circumstances, a disturbing trend has occurred as some emerging economies use the threat of compulsory licensing as a negotiating tactic and industrial policy tool."

But there is some potential light at the end of the tunnel, says the PhRMA report: "Well-written trade agreements with Australia and South Korea should guide American policy on price controls in regions across the world."