Data on how often you relocate your body could be valuable to those who want to locate companies in healthy places. 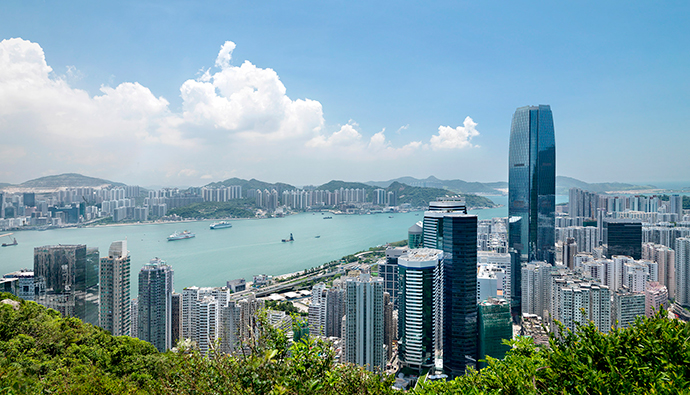 Hong Kong — shown here with Swire Pacific Ltd.'s Taikoo Place commercial campus in the foreground — appears to be as full of physical activity as it is commerce and trade.
Photo courtesy of Swire
by ADAM BRUNS

If you're into data, then have we got a motherlode for you. You don't even have to walk anywhere to access it. But it might be better for you and for your community's health outcomes if you did.

In July, an NIH-funded team published a study in the journal Nature based on analysis of 68 million days of minute-by-minute step recordings from 717,527 anonymous users of the smartphone app Azumio Argus, a free app for tracking physical activity and other health behaviors. Their motivation? What they call a global pandemic of physical inactivity.

Participation spanned 111 countries, but the researchers focused their study on 46 countries, each with at least 1,000 users. Of those, said an NIH release, 90 percent of users were from 32 high-income countries and 10 percent were from 14 middle-income countries. The study was led by Scott L. Delp, Ph.D., James H. Clark Professor of Bioengineering and director of the Mobilize Center at Stanford University, an NIH Big Data 2 Knowledge Center of Excellence. 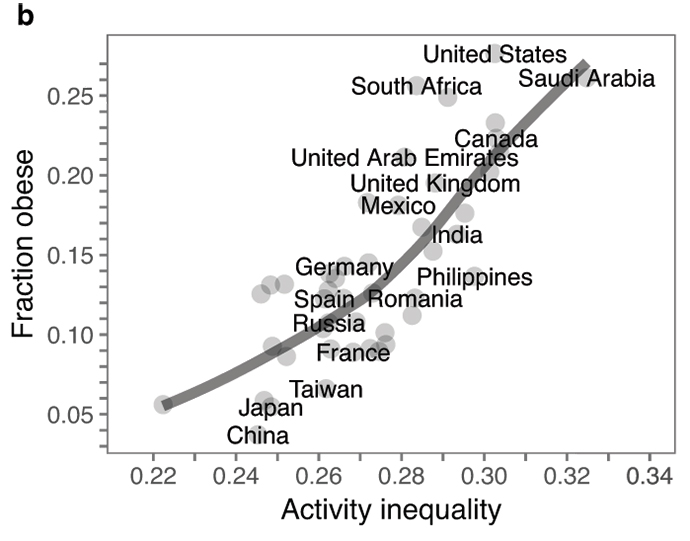 "The study is 1,000 times larger than any previous study on human movement," said Delp. "There have been wonderful health surveys done, but our new study provides data from more countries, many more subjects, and tracks people's activity on an ongoing basis in their free-living environments versus a survey in which you rely on people to self-report their activity. This opens the door to new ways of doing science at a much larger scale than we have been able to do before." 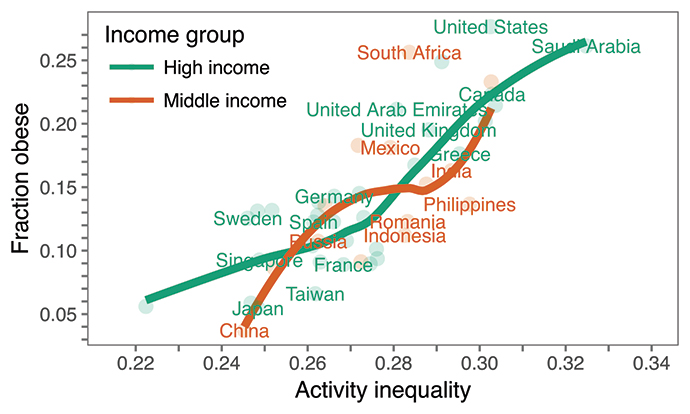 In addition to the step records, the researchers accessed age, gender, and height and weight status of users who registered the smartphone app. They used the same calculation that economists use for income inequality — called the Gini index — to calculate activity inequality by country. (You can access the full data at Stanford here.)

"In regions with high activity inequality there are many people who are activity poor, and activity inequality is a strong predictor of health outcomes."
— Scott L. Delp, Ph.D., James H. Clark Professor of Bioengineering and director of the Mobilize Center at Stanford University

Those "bottom five" may surprise you, or may not: In last place was Saudi Arabia, with an activity inequality index of 32.5. Next worst were, in order, Australia (30.4); then Canada, Egypt and the United States, all tied at 30.3. Where is physical activity the most uniform and, by inference, general physical activity and health more uniformly good? Here are the top 10 and ties:

The No. 1 ranking of Hong Kong would come as no surprise to John Slosar, executive chairman of Swire Pacific Ltd., one of Hong Kong's blue chip publicly quoted companies. In remarks last week in Atlanta to a group of business leaders convened by the Hong Kong Association of Atlanta and the National Association of Chinese Americans, he noted, "In an amazing development, which got no press whatsoever, Hong Kong surpassed Japan as having the longest life expectancy in the world."

That development was revealed in July 2016 in data released by Japan's ministry of health and welfare.

All is not perfect in Hong Kong, said Slosar, with housing and income inequality the top challenges. Paradoxically, one asset that likely contributes to Hong Kong's relative physical activity equality could hold a key to one of those challenges: Not many know that only 8 percent of Hong Kong's land territory is zoned for residential, Slosar said, while 46 percent is zoned as national park.

"I'm not anti-park," he said in addressing the issues being faced by new Hong Kong Chief Executive Carrie Lam, elected in March. "The park is great. but when you can't house your own people, you have to look for some balance." Some think that might mean reclamation or rezoning is in order.

In the meantime, Hong Kong residents can revel in their good health and long lives.

Among other findings from the steps study: 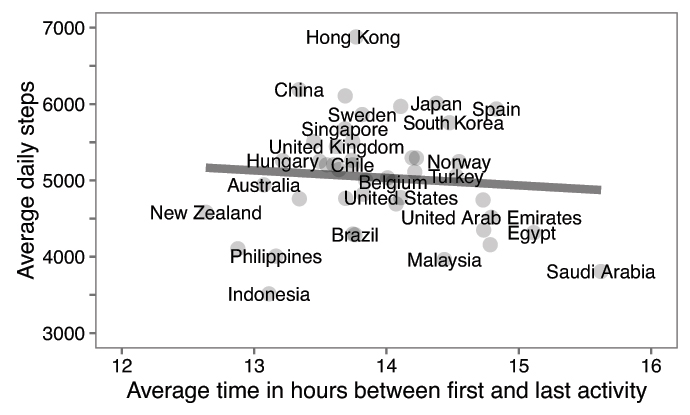 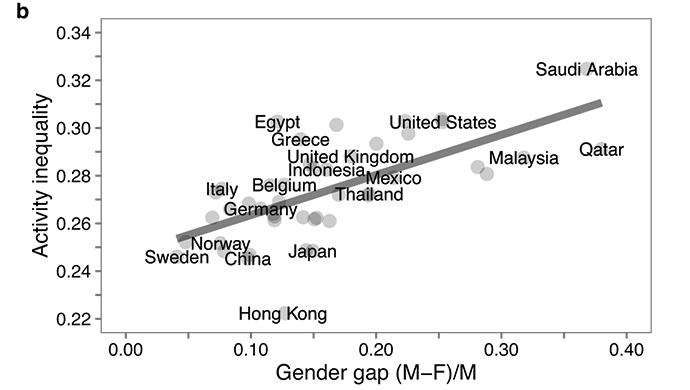 "In fact, the gender gap accounts for 43 percent of activity inequality in those countries, according to the authors," said the NIH. "They also found that the prevalence for obesity increases faster for females than males as population-wide activity decreases."

The researchers investigated the idea that making improvements in a city's walkability could reduce activity inequality and the activity gender gap. "If you must cross major highways to get from point A to point B in a city, the walkability is low. People rely on cars," Delp said. "In cities like New York and San Francisco, where you can get across town on foot safely, the city has high walkability." 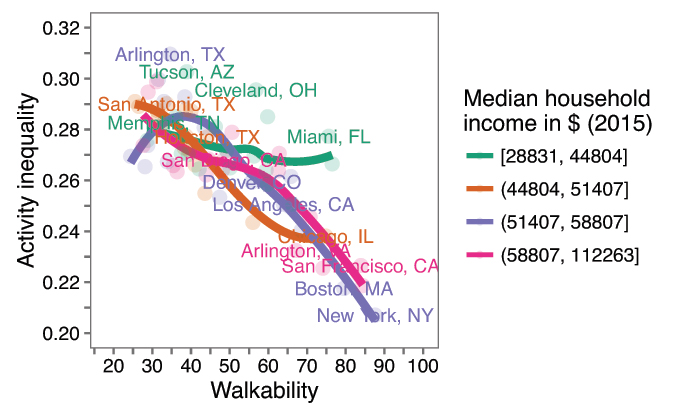 "Our findings have implications for global public health policy and urban planning," say the authors, "and highlight the role of activity inequality and the built environment for improving physical activity and health."