'Top Down and Sideways'

Israel's Teva Pharmaceuticals is cutting 14,000 jobs and $3 billion from its cost base, starting with Jerusalem. 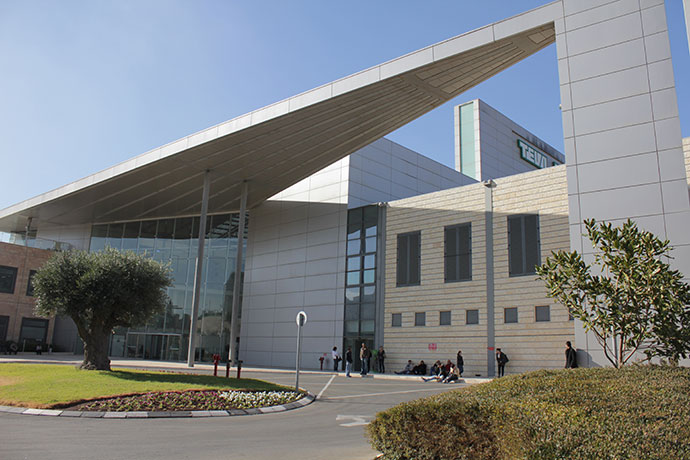 Though Teva Pharmaceuticals has yet to determine which locations globally will be closed, divested or consolidated, one plant already destined for closure is this complex in Jerusalem.
Photo courtesy of Teva
by ADAM BRUNS 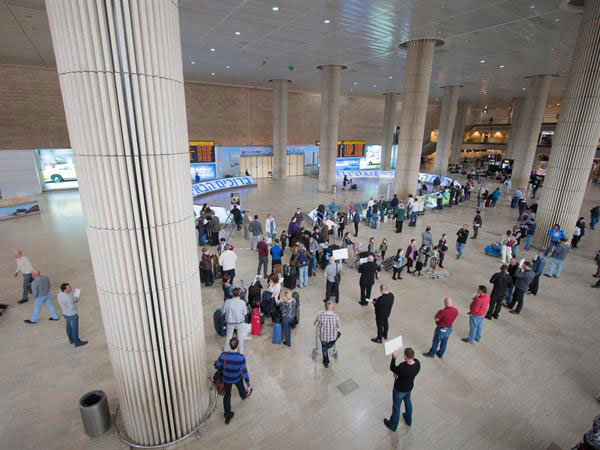 Ben Gurion International Airport in Tel Aviv was shut down for half a day by a nationwide protest of Teva's restructuring moves.
Photo courtesy of Israel Airports Authority

Israel-based Teva Pharmaceuticals, a national source of pride that makes most of its money in generics, showed 2016 net revenues of $21.9 billion. It’s received tax breaks and subsidies totaling around $6 billion over the past decade from Israel alone, The New York Times reports. But that wasn’t enough to prevent the company from announcing on December 14 — eight days after U.S. President Donald Trump announced the construction of a new U.S. embassy in Jerusalem — a restructuring plan that includes the closure of a major Jerusalem plant.

So even as the number of demonstrators and boycotters against the embassy relocation grew, Israel also suffered a half-day general strike in protest of the Teva plan.

The restructuring being implemented by Danish turnaround specialist Kåre Schultz, installed as CEO in November, is expected to cut $3 billion from Teva’s 2017 cost base of $16.1 billion and reduce its worldwide workforce by 25 percent — around 14,000 positions, 1,700 of them in Israel, according to published reports.

"We are flattening our organization both top down and sideways," Schultz wrote in an email to company employees. Among the measures to be taken:

In addition to not paying any annual bonuses and suspending stock dividends, the company will continue to review the potential for the divestment of additional non-core assets. The elimination of the 14,000 jobs is planned to occur over two years, with the majority coming in 2018 and most affected employees to be notified by mid-March. Teva expects more than half of the $3-billion cost base reduction to be achieved by the end of 2018. 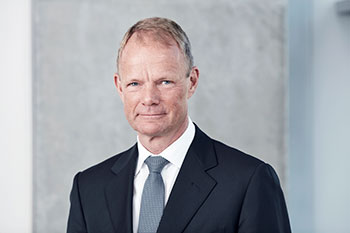 "These are decisions I don't take lightly but they are necessary to secure Teva's future ... Today's announcement is about positioning Teva for a sustainable future which we will achieve with our talented people."
— Teva Pharmaceuticals CEO Kåre Schultz

"I am aware that we will be parting with people who have dedicated years and contributed a great deal to this company, and I deeply appreciate their commitment," Schultz wrote in the company-wide email. "We are also aware that these changes impact not only our workforce, but vendors, suppliers and communities where we have played a key role for years. However, there is no alternative to these drastic steps in the current situation."

In remarks on December 17 before his weekly cabinet meeting, Israeli Prime Minister Benjamain Netanyahu said, "This week I will meet — along with the Finance Minister and the Economy Minister — with the CEO of Teva. I spoke with him last week and I told him that our first goal is to minimize the blow to workers. This is the first thing. The second thing, of course, is to do everything possible to prevent the closure of plants in Jerusalem. The third thing is to ensure that Teva remains in the State of Israel. It employs thousands of workers. It started as an Israeli company and we want it to remain as an Israeli company. We will use various means at our disposal to try and achieve these goals."

The meeting came to naught, with Schultz stating afterward, “Unfortunately, Teva is unable to consent to the request of the prime minister and ministers and avoid the closure of the plant in Jerusalem."

Portfolio of Projects Now Dart Board for Reductions?

Teva has watched its market cap fall by $20 billion (half its value) since the beginning of 2017. Over the past couple decades, however, it's spent hundreds of millions of dollars on its facilities worldwide.

Over the past 20 years, Site Selection’s Conway Projects Database has tracked more than 25 facility investments by Teva around the world, including in 2016 an $8.3-million expansion in Sajobabony, Hungary, where the company originally invested $100 million in 2005; a 300-job expansion in Ulm, Baden-Wuerttemberg in Germany; a $308-million expansion in Ra’anana in Israel’s Central District; and an office expansion in the Philadelphia-area municipality of Malvern, Pennsylvania. 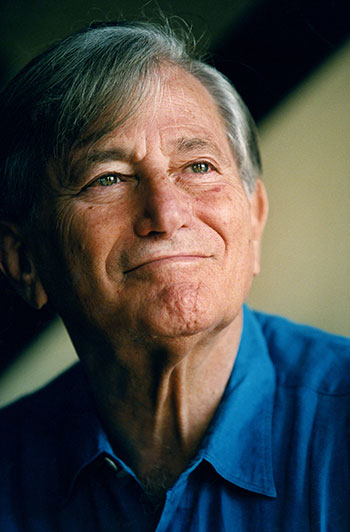 Eli Hurvitz, who served as CEO of Teva for more than 25 years and died in 2011, prioritized investing in R&D and operations in Israel even as the company grew globally. He co-founded health-care venture capital firm Pontifax in 2004.
Photo by Moshe Shai courtesy of Teva

Among the largest projects over those 20 years have been two in the US: a $295-million, 366-job investment in Philadelphia in 2010 and a $225-million new plant in Overland Park, Kansas (part of the Kansas City metro area), in 2010. Other major projects have landed in Central and Eastern Europe locations such as Zagreb, Croatia; Vilnius, Lithuania; Opava-Komarov, Czech Republic; Yaroslavl, Russia; and other Hungarian locations in Debrecen and the Greater Budapest municipality of Godollo.

Responding to a query from Site Selection seeking details on location choices for closure, divestment or consolidation, Yonatan Beker, director of corporate communications, said it was too early to discuss details, as the due diligence continues. "While we announced our intention of closing/merging/divesting facilities as part of the restructuring program, we did not announce any specific locations, with a couple of exceptions in Israel."

In October when Schultz officially joined Teva, he said, "I look forward to traveling throughout Teva’s global operations and reviewing the opportunities we have to better serve patients and healthcare systems in each of our markets." Asked to describe Schultz's peregrinations since that time, Beker said the company does not share his travel schedule, but "one can surmise that he at least traveled between the U.S., Israel and Europe during that time."

Schultz came to Teva from the CEO post at H. Lundbeck A/S, where he arrived in 2015 to execute (successfully) a similar turnaround, as that company was losing critical patents. Before Lundbeck, Schultz held various leadership roles at Novo Nordisk. Though Teva is known for making generic pharmaceuticals — which by definition take advantage of those very expiring patents — it faces its own patent expiration on a multiple sclerosis drug called Copaxone, which in past years has represented up to 40 percent of the company's operating profit, reports the New York Times.

In an earlier announcement in November, Teva outlined a new organizational structure that it said "will enable strategic alignment across the portfolio, across regions and between functions, leveraging scale, enhancing agility, extracting efficiencies and providing increased proximity to the markets." The new structure's components will be familiar to multinational corporate real estate managers in many respects:

Asked for his perspective on Teva's crisis, Dr. Abdullah Baaj, founder and CEO of emerging-markets generic pharmaceutical company Boston Oncology, responded from Dubai this week, "I am a big believer in fundamentals. Growth, whether in a lab or society, is governed by the availability of factors that promote growth. Teva, aggressive, innovative and pioneering, ignored the fundamental factors that govern successful growth. In an environment of competition, over-exuberance or greed, we all fall trap to this oversight." 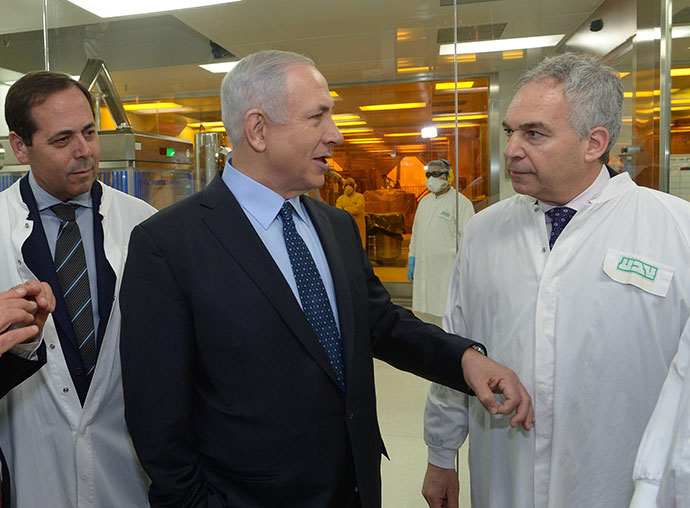 But the current of innovation and pioneering is a constant in Israel. Ten days after the Teva announcement, China's WuXi AppTec Group announced it is partnering with Merck KGaA subsidiary Merck Serono and health-care venture capital firm Pontifax to launch a pharma and biotech startup incubator at Merck Serono's complex in Yavne, Israel. The PMatX project is supported by the Technology Innovation Lab program of the Israel Innovation Authority (IIA).

Pontifax has about 50 companies in its portfolio. It has no ties to Teva, but it certainly does to legendary Teva CEO Eli Hurvitz, who co-founded Pontifax in 2004.

"Under Eli’s guidance, we accumulated the experience and acquired the know-how required to foster life sciences innovations from inception to full-fledged, viable, operating companies," says the Pontifax website. "Eli’s legacy continues to guide our choices and decisions today."

Teva personnel in Israel and around the world hope that legacy continues to guide the viability of their locations, as senior company leaders make their own tough choices and decisions in the weeks ahead.

A new life sciences incubator from WuXi AppTec, Merck Serono and Pontifax will be located at Merck Serono's PMatX incubator complex in Yavne, Israel, created in August 2017 with an investment of around €20 million (US$24 million).
Photo courtesy of Merck KGaA