San Rafael, California–based BioMarin Pharmaceutical Inc. announced this week that the FDA has approved a bulk biologics manufacturing plant, located in Shanbally, Cork, Ireland, for production of a formulated bulk substance used in the production of a drug for the treatment of Mucopolysaccharidosis IVA (MPS IVA, also known as Morquio A Syndrome). The 200,000-sq.-ft. plant, acquired from Pfizer in 2011, is built on 20 acres. BioMarin is completing construction on a number of expansion projects at the facility "to allow for continued growth at the site and to maximize the flexibility and operational capacity of this important asset." The projects included an expanded warehouse, new office space and improved and expanded utilities.

PathGroup, a Pritzker Group company and one of the largest private providers of pathology and clinical lab services in the US, announced this week plans to create more than 200 jobs and invest approximately $18 million in a consolidated lab and corporate back office in Davidson County, part of the Nashville metro area. Founded in 1965 and led by physicians, PathGroup has more than 80 in-house pathology experts and more than 1,100 employees. Headquartered in Brentwood, PathGroup currently operates three labs in the Nashville area that will be now be located in the new lab facility at 1000 Airpark Center Drive.

Wayne, Pennsylvania–based Tekni-Plex, Inc. last week announced a $15-million investment in a new manufacturing facility in Suzhou, China, near Shanghai, where the company will phase out production of its existing Suzhou facility, operated since 2005. It represents the single largest recent investment by Tekni-Plex and "reflects the growing needs of the Asia-Pacific pharmaceutical and medical device market," said the company. Production for some product lines has already begun at the more than 140,000-sq.-ft. facility, which will feature three Class 100K cleanrooms to accommodate medical-grade tubing and components production plus one Class 10K cleanroom that will produce pharma-grade tubing. Suzhou was No. 2 in The World's Most Competitive Cities 2017 ranking of life sciences capitals in the Asia Pacific region.

"Tekni-Plex's investment in our new China facility is another step in our continuing commitment to support our customers with robust global supply. Pharmaceutical, medical device and other manufacturers want access to exactly the same components and materials regardless of where in the world their manufacturing facility is located. It is our goal to meet those objectives," said Paul Young, Tekni-Plex CEO. 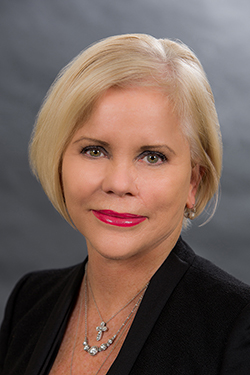 NCGS, Inc., a clinical research organization (CRO) supporting the pharmaceutical industry, is expanding its Charleston County operations in South Carolina by constructing a new corporate headquarters, which will bring $10 million of new capital investment and create 80 new jobs. Founded in 1984 and focused on complex areas of clinical development such as oncology, infectious diseases and critical care, NCGS has worked on the approval or expanded approval of 34 drug, biologic and diagnostic products. Currently located at 288 Meeting Street in Charleston, the company is moving into new headquarters at 16 Charlotte Street. "This is an exciting time of unprecedented discovery in our industry, and NCGS is proud that our success will translate into growth for our beloved Lowcountry community," said NCGS CEO Nancy C.G. Snowden (pictured).

In the Palmetto State's opposite corner, two higher education leaders signed an agreement in April that means high-performing college students interested in health-related professions soon will be able to apply for graduate school through two innovative initiatives offered by Clemson University and the Medical University of South Carolina. Starting in fall 2017, the collaboration will reduce student debt and increase the number of highly skilled, highly trained professionals entering South Carolina’s workforce.

Through one initiative, Clemson undergraduate students can apply for admission to nine health-related graduate programs at the Medical University of South Carolina (MUSC), including medicine, dentistry, physical therapy and public health, and effectively shave a year off of their studies. The other initiative is a new joint doctoral program aimed at increasing the workforce in the rapidly growing field of biomedical data science and informatics. 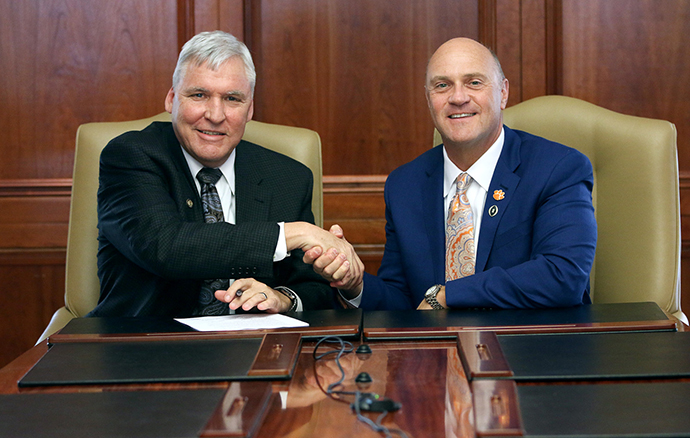 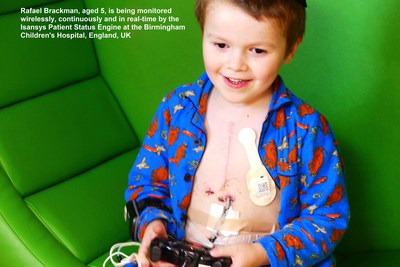 Oxford, England–based Isansys Lifecare, a developer of wireless patient monitoring systems has established Isansys Lifecare Europe GmbH and chosen to locate it in the Brandenburg-Berlin cluster, which it called "Europe's largest and most diversified source of new technology and a hotspot for life sciences." The area will host BIO-Europe in November 2017.

"We started our global commercial rollout program with the establishment of Isansys (India) Pvt Ltd in Bangalore," said Isansys CEO Keith Errey, "and have delivered PSE systems to Norway, Denmark, Singapore, and the US. We are looking forward to Isansys Europe GmbH providing a model for the continued successful roll-out of our services globally."

"We will be working closely with the Brandenburg Eco-System to help build an innovative approach towards a stronger healthcare infrastructure, in line with the EU Health Strategy," said newly appointed Isansys Europe GmbH Managing Director Michael Heinlein.

If you haven't yet taken the time to read the compelling and informative white paper on the flexible pharmaceutical manufacturing facility of the future from the Industrial Asset Management Council and its partners, now is a good time.

Last week UPS announced the opening of a new 76,000-sq.-ft. healthcare-dedicated facility in Greater Bogotá, Colombia. “This latest announcement represents part of UPS’s long-term strategy to strengthen its integrated healthcare network to help manufacturers lower costs, streamline inventory and meet increasing demands across Latin America and the world,” said Francisco Ricaurte, UPS Colombia country manager. The building is located near El Dorado International Airport in San Diego Industrial Park in the Funza, Cundinamarca area of Colombia. UPS has been serving customers in the healthcare industry in Colombia for 11 years. This is the second healthcare-dedicated facility in the country and the ninth in the region. In Latin America, UPS distribution centers are located in Argentina, Brazil, Chile, México and Puerto Rico. 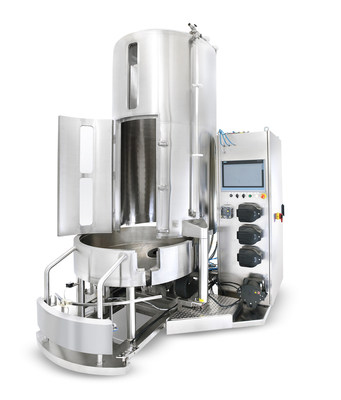 Darmstadt, Germany–based Merck announced in May the opening of its first joint Process Scale-Up Lab in Bengaluru, India to provide end-to-end solutions from process development to scale-up manufacturing for pre-clinical, clinical and commercial supply. This lab, which is a collaboration with Stelis Biopharma, is located at the Stelis Biopharma R&D Facility in the Jigani industrial estate. "Both Merck and Stelis bring technological expertise and an extensive bioprocess development and manufacturing portfolio that will help customers accelerate development of biopharmaceuticals for clinical trials and manufacturing with greater reliability and cost effectiveness," said Udit Batra, Member of the Merck Executive Board and CEO, Life Science. The Process Scale-Up Lab and a soon-to-be-completed cGMP manufacturing facility will house Merck's portfolio of Mobius® bioprocessing equipment (pictured) and single-use manufacturing components.