A $300-million investment shows the metro area's life sciences stronghold is not limited to Cambridge. 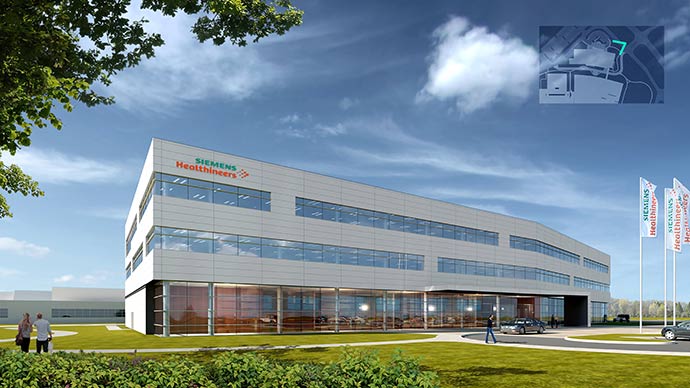 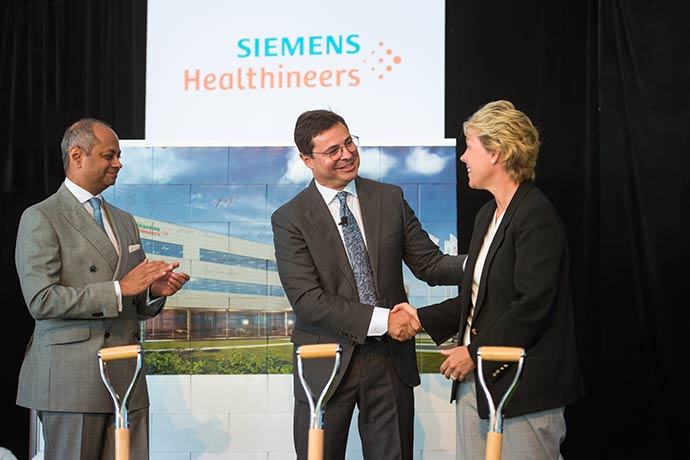 Scroll through the current job openings across Siemens' many global businesses and you'll find 4,618 positions looking to be filled. Which business has the most?

That would be Siemens Healthineers, with 936 (a fifth of the total). Healthineers is the new brand name given last year to Siemens Healthcare, the unit charged with seeing as much Siemens medical technology, diagnostics and equipment as possible become part of the world's health care infrastructure.

The unit is about as old as Siemens itself, going back more than 160 years to when Werner Siemens in 1844 put one of his inventions, the "Volta Inductor," to use for medical purposes for the first time, using electricity to treat his brother Friedrich for tooth pain. (Brothers will do these sorts of things.) So says the Siemens Museum for Medical Technology, which opened in Erlangen, Bavaria, in 2014.

But the business also is pursuing technologies and facilities that are more like museums of the future.

In September, employees Dr. Klaus Engel and Dr. Robert Schneider were nominated for the German Future Prize along with Professor Dr. Franz Fellner, head of the Central Radiology Institute at Kepler University Hospital in Linz, Austria, and extraordinary professor at the Friedrich-Alexander University Erlangen-Nuremberg, for the development of a visualization technology called cinematic rendering, which generates photorealistic 3D representations of the human body from the output of CT and MRI scans.

On the last day of June this summer, the company broke ground on a $300-million expansion of its manufacturing and R&D facility for laboratory diagnostics in Walpole, Massachusetts. The investment is expected to create up to 700 new jobs over the next decade.

“Today, we provide more than 10 billion laboratory diagnostics tests each year," said Michael Sen, member of the Managing Board of Siemens AG and Siemens Healthcare GmbH Supervisory Board Chairman. "Our mission is to extend this reach even further, and Walpole will play a major role in this effort. That’s why we’re investing $300 million here — one of the largest single capital investments of Siemens Healthcare in the US ever."

Siemens Healthineers' core areas are diagnostic and therapeutic imaging, laboratory diagnostics and molecular medicine. The business is also actively developing its digital health services and enterprise services offerings. Its products are used in eight out of 10 US hospitals and in all 15 hospitals on U.S. News & World Report’s 2015-16 Best Hospitals Honor Roll. Globally the business employs about 46,000 and generated revenue of €13.5 billion (US$15.9 billion) in fiscal 2016.

Walpole is a suburb southwest of Boston, located alongside I-95 inside the I-494 perimeter route, right next to Gillette Stadium, where the New England Patriots play. It's just one part of a Greater Boston footprint that employs 1,600 altogether, including at another health care complex in Norwood (global HQ for point-of-care diagnostics); and the Boston branch of the company's Building Technologies HQ in Canton, which like Healthineers counts major hospitals such as UMass Memorial Health Care as customers.

The Walpole R&D and manufacturing facility is "a key manufacturing facility for assays (also called reagents) that run on the ADVIA® Centaur family of immunoassay instruments, and for consumables for the company’s VERSANT® kPCR molecular and RAPIDPoint® and RAPIDLab blood gas testing instruments," says the company. "The facility expansion also will develop and manufacture assays for its AtellicaTM portfolio, including the next-generation laboratory system, the AtellicaTM Solution." 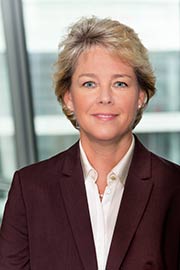 "The Walpole expansion demonstrates our passion for making things here, hiring here and working closely with US customers."
— Lisa Davis, Chair and CEO of Siemens Corporation and Member of the Managing Board of Siemens AG

In 2014, Siemens made a $660 million in-kind software grant to help Massachusetts prepare a highly skilled workforce necessary to take advantage of manufacturing resurgence in America. Thirteen academic partners throughout the state are receiving in-kind software grants from Siemens to support curriculum and training programs. The commonwealth has made its own contributions to the sector.

“Our administration has reinforced our commitment to life sciences, research and development by investing up to $500 million for strategic investments to support companies in innovation and technology,” said Governor Charlie Baker at the groundbreaking. 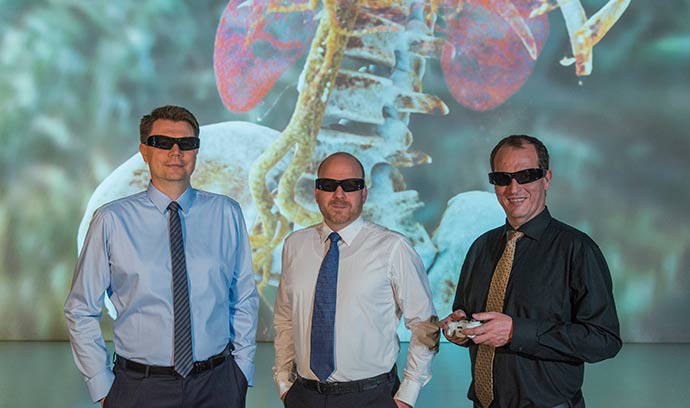 Along with a leading professor, Siemens Healthineers employees Dr. Klaus Engel and Dr. Robert Schneider have been nominated for the German Future Prize along with Professor Dr. Franz Fellner, head of the Central Radiology Institute at Kepler University Hospital in Linz, Austria, and extraordinary professor at the Friedrich-Alexander University Erlangen-Nuremberg, for the development of a visualization technology called cinematic rendering, which generates photorealistic 3D representations of the human body from the output of CT and MRI scans.
Photo copyright Deutscher Zukunftspreis/Ansgar Pudenz, courtesy of Siemens