Stellar Biotechnologies, Inc., a manufacturer of a key protein (KLH) utilized in multiple immunotherapy development pipelines targeting Alzheimer's, lupus and cancers, among other diseases, in March initiated the second phase of an expansion project at the Port of Hueneme, north of Los Angeles. The plan includes 10,000 sq. ft. of renovated Pacific ocean-front space for aquaculture production.

Stellar has operated since 1999 at the aquaculture business park, where it pioneered methods for the culture of the source animal, the Giant Keyhole Limpet, a previously undomesticated mollusk that is native to the California coastline. Today, Stellar supports limpets from embryo to protein-producing adult, and has multiple generations grown entirely within its land-based aquaculture facility. It is the only known facility that has accomplished this.

In addition to the company's plans to expand its U.S production capacity, Stellar also plans to establish additional aquaculture capabilities in Baja California, Mexico, including the development of regional marine resources, aquaculture and raw material processing. The company, which is currently conducting feasibility analyses in Mexico, believes that two production locations will allow it to better meet the anticipated long-term industry demand for KLH protein.

“2017 Medicine Use and Spending in the U.S.,” a report from IQVIA Institute for Human Data Science released by PhRMA, shows that spending on medicines grew 0.6 percent in 2017. "This report is further evidence we don’t have to choose between innovation and affordability," says PhRMA, noting that medicine spending is projected to grow just two to five percent annually between 2018 to 2022, and new generics and biosimilars are expected to decrease brand sales by $105 billion between 2018 and 2022.

"We are determined to make the UK the most innovative nation in the world through our Industrial Strategy and its Grand Challenges," said Minister Clark, "which is why we are investing a record £7 billion in R&D by 2021, the highest increase in 40 years, and have committed to investing 2.4 percent of GDP on R&D by 2027."

Speaking of London, what is the European life sciences sector thinking these days about Brexit? Keep tabs on the Bioindustry Association and EuropaBio to find out.

STA Pharmaceutical Co., Ltd., a subsidiary of WuXi AppTec, announced last week it has signed an investment agreement with the government of Shanghai Jinshan District to build a new R&D center next door to its API manufacturing site. The new R&D center will add more than 30,000 sq. m. (322,930 sq. ft.) of lab space and 500 scientists.

WuXi STA employs over 1,000 scientists at five sites in China and the United States. The week before, WuXi AppTec opened an expansion of its laboratory testing division in Cranbury, New Jersey (photo below), that will mean 200 new jobs. 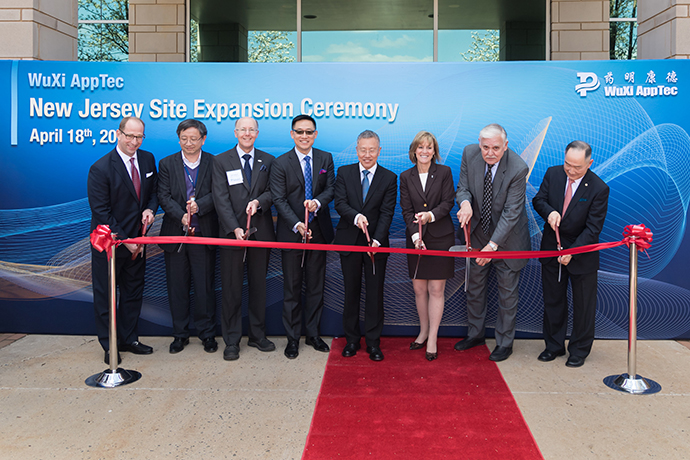 Among the places WuXi AppTec has recently invested is a multi-partner incubator in Israel, which is where regenerative medicine company CollPlant last week announced the opening of a new production facility in Rehovot for its plant-based rh Collagen technology for tissue repair products. The firm's rhCollagen BioInk product line enables 3D bioprinting of tissues and organs. 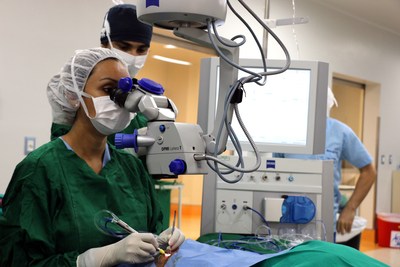 Jena, Germany–based Carl Zeiss Meditec AG and the Christoffel-Blindenmission (CBM), along with local partner Fundacion Vision, have set up a new training center dedicated to cataract surgery in Asuncion, Paraguay, to train ophthalmologists in the surgical technique of phacoemulsification. CBM and Zeiss have been jointly supporting the eye clinic operated by Fundacion Vision with equipment and training since 2013; in 2017 alone, a total of 19 physicians operated on almost 5,000 cataract patients from throughout the region. The aim of the new training center is for even more people to benefit from the best treatment. Fundacion Vision will cover the costs for poor people who cannot afford the treatment.

Leaders from Q3 Medical Devices Ltd and Shanghai-based Boill Holding Group met with local government leaders in China's Baoshan region this month to discuss and promote their investment into high tech medical device manufacturing infrastructure of the region. Boill Chairman Qiu Dong Fang remarked, "We are very excited to be the leading investor in Q3 and to have them in the Boill E Wisdom Valley Industrial Park to help transform the local manufacturing community into a high-tech medical device center of excellence."

Q3, with over 150 global staff and 4 wholly owned subsidiaries in various growth stages based in the United States (Qualimed, USA), Germany (QualiMed and AMG), and China (Q-San), is focused on the global expansion of its novel bioresorbable, micro-invasive, drug delivery, and core products platforms for interventional cardiology, peripheral vascular, and non-vascular diseases. 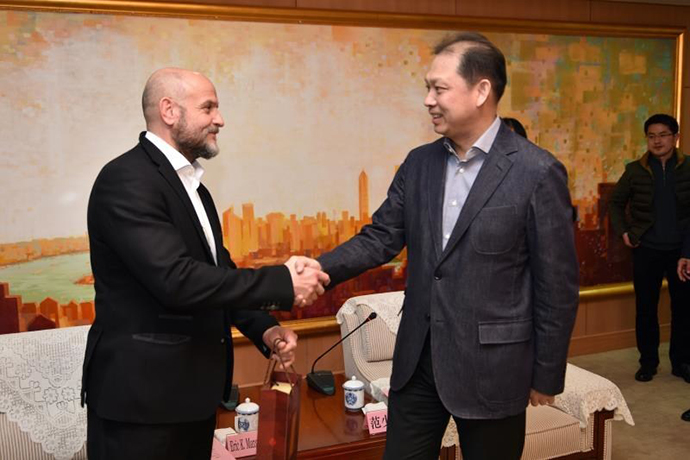 Connecticut Governor Dannel P. Malloy early this month announced that Sema4, a Mount Sinai venture providing advanced genomic testing, will add 408 new jobs over the next five years, helped by a $6-million loan from the state's Department of Economic and Community Development. The health IT company is moving forward with expansions at its two existing locations in the state: its recently announced headquarters in Stamford and its laboratory in Branford. In addition, the company will soon be relocating laboratory facilities from New York City to a yet-to-be-determined site in Stamford. The move will bring the company’s job presence in Connecticut to at least 553 employees.

“Connecticut offers a very attractive environment for our company to grow along the talent-rich biotech corridor running from New York City to New Haven, with a stellar pool of qualified candidates, plus competitively-priced commercial real estate and the presence of leading universities and medical centers,” said Eric Schadt, PhD, founder and CEO of Sema4.

Thermo Fisher Scientific announced in March it is expanding its footprint in the European Union and investing $35 million in a pharma services supply chain facility in Rheinfelden (Baden), Germany. Company representatives joined Mayor Eberhardt at the Rheinfelden council meeting to unveil the details of the project. The company expects to start construction in Q4 2018 for the 8,000-sq.-m. facility at the 26,000-sq.-m. site, with an anticipated completion within 12 to 18 months. Once complete, this new facility will provide up to 200 new jobs locally. The investment includes the option for additional expansion with the potential for doubling the footprint.