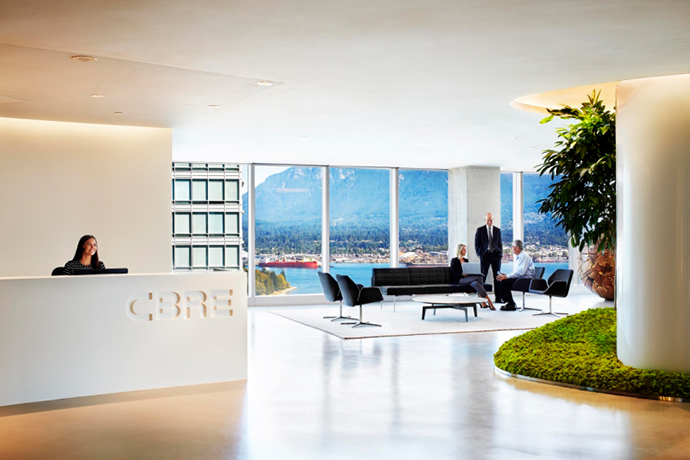 Health tech’s most familiar form — the fitness wearable — continues to track our every move, body by body. The next wave of health tech aims to improve health building by building. Combine the data on both and you have a powerful picture of locations where personal health and wellbeing appears to be a priority, even if the humans and communities involved are still on the road to making it a reality.

Launched in October 2014 after six years of research, the WELL Building Standard is “the premier standard for buildings, interior spaces and communities seeking to implement, validate and measure features that support and advance human health and wellness,” says the International WELL Building Institute (IWBI).

While many private-sector WELL Building projects in the organization's database are simply labeled "private project," among the identified organizations evidently seeking to make a WELL Building impression is global infrastructure consultancy Arup, with six projects in San Francisco, Boston; Cork, Ireland; Madrid, Spain; Frankfurt, Germany; and Melbourne, Australia. Both Merck and Genentech have WELL-registered campuses in South San Francisco, as do Tencent Holdings in Shanghai and Shenzhen, and Prologis in Mexico City.

In some cases the leading territories for WELL Buildings correspond to leaders in LEED certifications. But not always.

Of the 767 WELL Building projects on the official IWBI rolls as of April 2018, 299 of them were in the United States. The complete Top 10 numbers by nation:

Here is how the Top 10 countries for most LEED certifications measured up in last year's Site Selection Sustainability Rankings (watch for the next edition of these rankings in the July 2018 issue). The only countries making both lists are the NAFTA nations and China:

Which states have the most WELL Building projects? You might guess that the state that’s home to the most venture capital behind health tech also would be home to the largest number of healthy buildings:

*Guam, a US territory, has 15 WELL Buildings, all marked “private.”

The top 10 states for LEED buildings last year? The top performers are mostly the same (partly by dint of population). But lower-population states such as North Carolina and Washington (with six and five WELL Buildings, respectively) make the Top 10 too:

States with Most LEED Buildings

The top cities for WELL are led by three Chinese cities in the top four, owing in part to several major developments where each building is registered, such as the 10-building "Shanghai Vanke Zhongxing Road 1101 Project." Los Angeles is No. 2 as its mayor, Eric Garcetti, leads a sustainability charge. New York comes in at No. 5, and California's City By the Bay is No. 7.

The Top 10 US metro areas for LEED is a similar list:

Among the up-and-comers in WELL Buildings is Greater Vancouver, British Columbia, whose leaders, as in Los Angeles, are making a pronounced effort to be a world capital of sustainability. Among the players in the green, healthy workspace movement is locally based thermal energy firm Fēnix Energy.

"Initiatives from Passive House, LEED, International Well Building Institute, the Canadian and US Green Building Councils, Rocky Mountain Institute, and United Nations, are vital for increasing not only the profile of green engineering but the returns for community, economy and environment," said Adrian Ryan, director, Fēnix Energy, in October after the UN endorsed a sister standard — Passive House, a program for ultra-energy-efficiency in buildings. Among the company's projects is a new thermal Network Energy System across a 4-million-sq.-ft. high-rise mixed-use development in Burnaby, BC, on Vancouver's outskirts.

It was also in Vancouver that CBRE Group last year made a big deal out of its office, located on four floors of Oxford Properties' MNP Tower, being the first in the city to achieve WELL-Gold certification for New and Existing Interiors.

“Our decision to be first-movers in pursuing this pioneering certification reflects our belief that the office environment can, and should, add to the health of your people, and that true market leadership is about taking bold steps for the future," said Mark Renzoni, president and CEO of CBRE Canada, last June. "Thirty years ago, we brought the open-concept office to our industry across Canada and, today, we again break new ground by creating one of the first workplaces in the country to actively promote employee health and wellness."

The company has four offices registered for WELL Certification in Canada, and six sites already certified or registered in the global WELL database, including offices in Madrid, Barcelona, Milan and Sydney. In 2013, CBRE became the first company in the world to achieve WELL Certification for a commercial office space through the WELL Building Standard pilot program with the opening of its global corporate headquarters in Los Angeles. In 2016, in a continuation of its leadership in the wellness space, CBRE committed to pursue WELL Certification for at least 100 buildings, sites or offices worldwide.