Beijing-based Yisheng Biopharma in July announced the opening of Anderson Biotech Company Limited and Royal OncoCare Hospitality as two wholly owned subsidiaries of Yisheng Biopharma in Cambodia, where the company’s Yivyka product has been approved for the treatment of advanced solid tumors, including lung, breast, liver, colorectal and stomach cancers. The two divisions represent the first expansion of Yisheng Biopharma business and product sales operations into an ASEAN member country.

"ASEAN countries have witnessed a significant economic boom over the last decade and represent one of the fastest growing markets for the biopharmaceutical industry," said David Shao, Ph.D., president and CEO of Yisheng Biopharma. "With a population of over 600 million under-served individuals in these countries, we are committed to expanding and deepening our presence in this region of southeast Asia.”

Another Chinese pharma concern in the cancer treatment arena, Adlai Nortye, has opened its first U.S. site in Boston, Massachusetts. CEO Carsten Lu called the Boston site “the first step in our overseas expansion.” Dr. Lars E. Bigerson, M.D., Ph.D., the company’s Chief Development Offer and president and CEO of Adlai Nortye USA, said the company, “unlike other domestic pharmaceutical manufacturers in China used to being associated with the production of "me-too" drugs or "me-better" drugs, aims to innovate through target validation to discover new translational medicines.”

The island known as China’s Hawaii has received special clearance from the Chinese government to establish itself as a pilot zone for medical tourism and related medtech-related opportunities. UK-based Asian advisory firm Intralink gives us the details.

How many pharma companies go beyond their own portfolios and dive into the real estate development game? Toronto-based Easton Pharmaceuticals is doing just that, announcing this month its acquisition of an interest in a multi-residential development property in Cobourg, Ontario, outside Toronto. The project’s three-year cumulative profits are expected to exceed C$30 million, of which Easton would pocket half. The company has put its real estate acumen to use before, including a transaction last August it billed as the precursor of more to come, involving cultivation of medical/recreational marijuana on land just north of Toronto.

Another cannabis-led venture is underway overseas from Edmonton-based Aurora Cannabis, which in addition to its mammoth operation near that city’s airport has now received a Letter of Intent from Malta Enterprise approving its application for the establishment of a seed-to-pharma cannabis operation, with operations to be carried out by a new subsidiary, Aurora Malta, to be formed with Aurora's local Maltese partner Cherubino Ltd., the largest pharmaceutical wholesaler in the country with an operating history of over 100 years. Aurora will be allocated land for the development of the facility by Malta Industrial Parks Ltd.

"Aurora already was the first company to export medical cannabis to both Italy and Malta, and now are the first to receive approval for the production, processing, and distribution of cannabis in the country," said Neil Belot, Aurora’s chief global business development officer.

Ever felt like time is folding around you? MIT researchers have. In a paper published in Nature Photonics, MIT Media Lab researchers describe a technique that makes a light signal reflect back and forth off carefully positioned mirrors inside the lens system. A fast imaging sensor captures a separate image at each reflection time, essentially “trading time for space.” The researchers have coined the technique “time-folded optics.”

“Ultrafast imaging makes it possible to see through diffusive media, such as tissue, and this work hold promise for improving medical imaging in particular for intraoperative microscopes,” said Bahram Jalali, director of the Photonics Laboratory and a professor of electrical and computer engineering at the University of California at Berkeley. 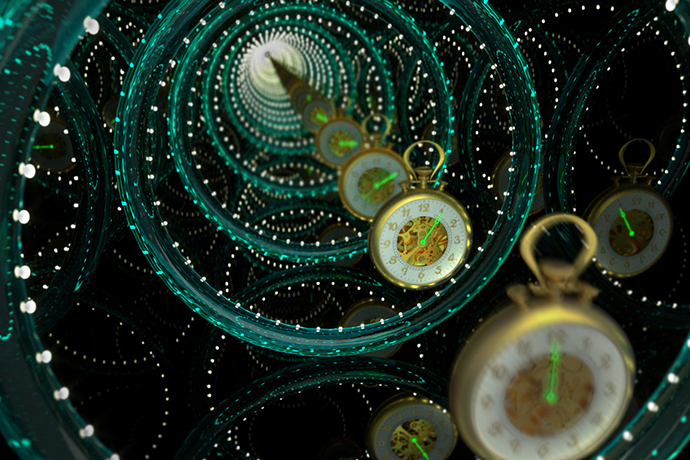 Time-folded optics open doors for new capabilities for ultrafast time- or depth-sensitive cameras such as those associated with medical imaging.
Image courtesy of MIT

As blockchain technology has moved from cryptocurrency to other fields, one of New York’s medical schools has opened a center to study its use in healthcare. The Icahn School of Medicine at Mount Sinai and the Institute for Next Generation Healthcare opened the Center for Biomedical Blockchain Research in July, with the aim of developing partnerships with companies looking to apply the technology to clinical medicine and biomedical research. 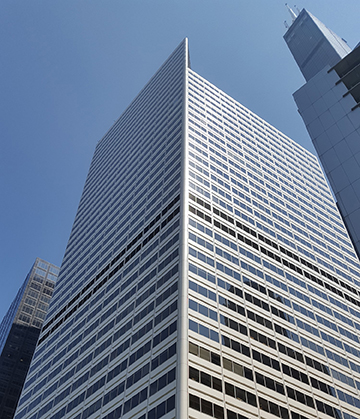 In helping Ireland’s Iterum Therapeutics find new space for its growing U.S. HQ on Wacker Drive in Chicago, Newmark Knight Frank ended up directing Iterum leaders to a property on Wacker Drive (pictured) that several of them had helped design when they were with a previous biopharmaceutical firm. “The NKF team scoured the market and generated several creative opportunities for us, but when this familiar space was presented near the trains and fully furnished, we knew in our hearts that this is where we wanted to be,” said Corey Fishman, CEO of Iterum Therapeutics plc, a Pfizer veteran who served from 2010 to 2015 as CFO and COO of Durata Therapeutics (that previous firm at the S. Wacker address) and led the negotiation and sale of the firm to Actavis.

According to Puerto Rican newspaper El Vocero, Amgen has reaffirmed its commitment to the island, where it’s invested billions over the years and employs 2,000 in Juncos. But given the power supply nightmare the island has endured over the past year, it’s hedging its bets by investing more than $50 million in its own cogeneration power plant. The move comes even as the company this spring committed to a new 150-job biomanufacturing plant at its site in West Greenwich, Rhode Island.

In July, New Jersey Governor Phil Murphy announced that Teva Pharmaceuticals USA will locate its U.S. headquarters in Parsippany-Troy Hills. “Currently headquartered in North Wales, Pennsylvania, Teva Pharmaceuticals sought to consolidate its operations into a more centralized location to drive efficiencies and maximize the advantage of being part of a thriving life sciences cluster,” said the state about the Israeli company’s decision. “The company, which will expand its existing Parsippany-Troy Hills location to nearly 350,000 sq. ft., expects to transfer and create 843 jobs and retain 232 existing positions. The median annual wage associated with the more than 1,000 positions is $128,073.”

“While Teva will retain a significant presence in Pennsylvania, reducing the number of sites supports our drive to continue to improve productivity and efficiencies,” said Brendan O’Grady, executive vice president and head of North America Commercial. “We’re pleased to expand our presence in New Jersey, having closer proximity to a vibrant business hub and a dynamic life sciences environment — all while increasing jobs and preserving many existing roles.”