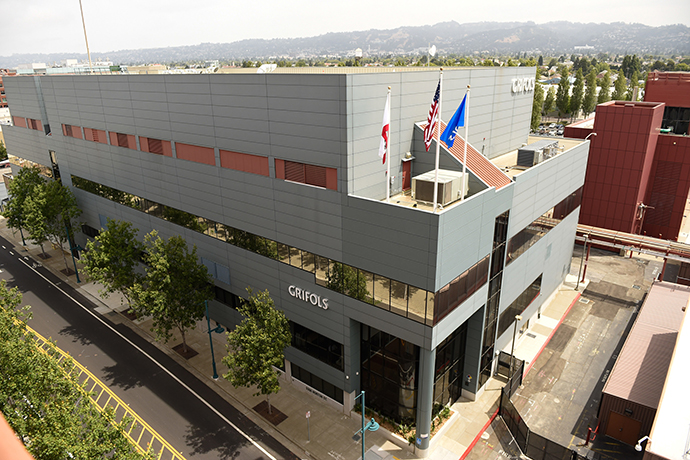 Best known as the home of Pixar, Emeryville, located between Oakland and the University of California, Berkeley, is welcoming more investment in its life sciences cluster.

Grifols, the diagnostic solutions company based in Barcelona, this month announced FDA approval to relocate existing immunodiagnostic manufacturing operations to a new Consolidated Manufacturing Facility (CMF) in Emeryville. The approval enables commercial good manufacturing practices (GMP) fermentation, purification and bulk fill operations in the facility and the production of one recombinant HCV antigen.

"Additional submissions to the FDA are planned to relocate the production of other licensed recombinant protein products," says the company. "The transition is targeted for completion in mid-2019, pending the FDA approvals for the licensed antigens. Once the transition is complete, Grifols will have transferred 21 products to CMF."

"The FDA approval is a major milestone for this multi-year project," said Ramon Biosca, vice president and general manager of Grifols Diagnostic Solutions. "The new facility is a significant investment in our manufacturing organization and will ensure reliable, long-term production of current and future products."

The company employs 18,300 in 30 countries. Diagnostics is one of four Grifols divisions and represents nearly 18 percent of the company's global business, with bioscience representing around 80 percent. Other divisions include a growing hospital business and bio-supplies. Among its other projects worldwide is a plant expected to come online this year in Campo Largo, Paraná, Brazil, outside the state capital of Curitiba. The plant will employ 150 at full capacity in the manufacture of collection, separation, storage and transfusion bags for blood components, such as plasma, red blood cells and platelets. Two years ago, it opened a diagnostics center in Dubai, and also consolidated offices to a new German HQ in Frankfurt.

Grifols' bioscience and hospital divisions are based in North Carolina's Research Triangle Park, while its diagnostics division is based in Emeryville. The company in 2014 opened a $370-million plasma fractionation facility in Clayton, North Carolina, near RTP, where earlier this year it commenced work on two facilities with a $220-million investment. It also operates a large manufacturing plant in the Los Angeles area. Earlier this month, it acquired from Biotest Corporation a portfolio of 24 plasma collection centers and two more under construction.

Asked about the consolidation aspect of the investment, a spokesperson from the company's U.S. base in Raleigh, North Carolina, says two buildings were consolidated into the new building. One of the two was leased and one was owned. "The new building was specifically designed around our processes, thus reduced total square footage by creating improved efficiencies," says the spokesperson.

As part of Grifols' investment for future growth, the company designed, built, and validated the $80-million new facility, which has 25,000 sq. ft. (2,323 sq. m.) of GMP manufacturing space, including two fermentation suites for E. coli and yeast processes, three purification suites, and a bulk fill area. Automation systems provide control of manufacturing processes and a central data historian monitors and stores all data generated in the facility, including the warehouse and utility systems.

Grifols Engineering designed the building layout, built some of the major pieces of equipment and was the contractor for the build. Local talent was hired for the construction and FDA qualification of the building. In addition, Grifols has recently begun an engineering project to convert the 9,000-sq.-ft. (836-sq.-m.) expansion space within CMF into cell culture and purification suites for production of recombinant proteins expressed in mammalian cells. The facility will use disposable technology and is expected to be complete in late 2019.

The new Consolidated Manufacturing Facility, along with the development capabilities in the laboratories and pilot plant, provides a range of process scale and flexibility for the current portfolio of products and the R&D pipeline, as well as supports development and manufacturing services to third parties for recombinant protein production.

"The Emeryville campus has a long history of recombinant protein production, beginning with Chiron in the 1980s," said Biosca. "With this tradition of technical expertise and the new facility, Grifols is well equipped to provide contract development and manufacturing services to our current and future customers."

Novartis started the process prior to Grifols' acquisition of the Swiss company's blood transfusion diagnostics unit in 2014. A large investment was needed to maintain the operations (dating since the 1980s) in order to meet the long-term demand for high quality product.

The Grifols Emeryville site currently employs close to 400 employees with an additional 300 who support the Diagnostic Division in other regions. "We have built in open space intended for expansion with the expectation of new positions in the future as we continue to grow," says the Grifols spokesperson, "and for the potential for additional new technologies and products." 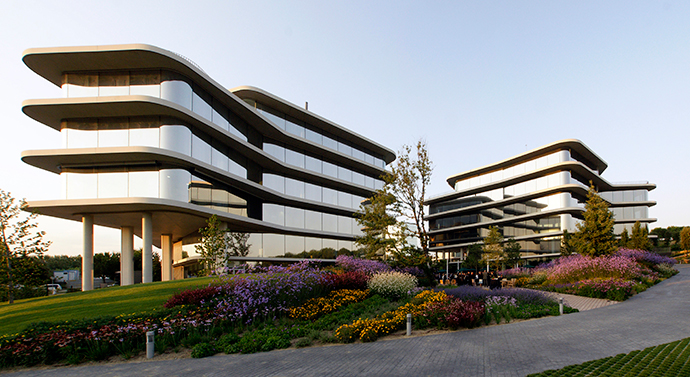