If you’re looking for a model presentation of a region’s life science impact, you can’t do much better than the data-rich and aesthetically pleasing web-study San Diego unveiled this week about its precision health cluster, an ecosystem that includes 350 companies and which has welcomed more than $1.3 billion in venture capital thus far in 2018 alone.

About one week before Long Island City (LIC) in Queens, New York, was picked for part of Amazon’s HQ2 plan, Empire State Development released a Long Island City Life Sciences Feasibility Study concluding that LIC “is a critical part of the industry’s potential future in New York City.” Almost as if he knew what was coming a week later, ESD President, CEO and Commissioner Howard Zemsky said his organization looked forward “to building on the report’s conclusion that the neighborhood has much of what is needed for a successful hub, including affordable space, access to transit and an excellent workforce.”

NIH Director Francis S. Collins held nothing back from a sharply worded statement released November 28 after it was revealed at a Hong Kong conference that a Chinese scientist, Dr. He Jiankui, had used CRISPR technology to gene-edit human embryos which were subsequently implanted and resulted in the birth of twins.

"This work represents a deeply disturbing willingness by Dr. He and his team to flaunt international ethical norms," said Collins. "It is profoundly unfortunate that the first apparent application of this powerful technique to the human germline has been carried out so irresponsibly." Citing the need for consensus on limiting such research, Collins said the alternative is dire, and cited his organization's stance on the topic issued more than three years ago: "Should such epic scientific misadventures proceed, a technology with enormous promise for prevention and treatment of disease will be overshadowed by justifiable public outrage, fear, and disgust. Lest there be any doubt, and as we have stated previously, NIH does not support the use of gene-editing technologies in human embryos."

New findings from Juniper Research forecast that AI-powered chatbots will soon become the first responders for citizens’ engagements with healthcare providers, as the number of chatbot interactions exceeds 2.8 billion annually by 2023. This is up from an estimated 21 million in 2018, an average annual growth of 167 percent. Among the reasons cited is shortages of medical practitioners to support aging populations: "For example," Juniper says, "the German government expects that it will need 3 million more nurses by 2060."

As reported by Moneycontrol.com, France's Péters Surgical Group is on an acquisition and growth push in India, inaugurating in November an expanded production site in Manesar, Haryana, and planning to make the country an export hub under the aegis of the "Make in India" initiative launched by Prime Minister Narendra Modi. According to a Peters Surgical global CEO Thierry Herbreteau in a company press release, “We are currently only manufacturing and distributing surgical sutures, but we have many more products of our portfolio in other countries, so we are planning to get regulatory approvals for meshes, surgical glues and laproscopic instruments to launch in India."

Separately, Biotechgate has released a new trend analysis report on the German life sciences sector, where more than 1,000 of over 3,000 companies listed in Biotechgate’s database are biotech. “German biotech is well invested, and the first half of 2018 saw financing rounds for the total value of over $300 million,” said a release.

The Boston Globe, among others, recently has profiled the family of companies launched by Life Biosciences that are all focused on addressing conditions related to aging. Aging was an economic development target chosen by Louisville, Kentucky, so long ago it almost seems like old news … but it’s as relevant as ever.

The Tufts Center for the Study of Drug Development has released new analysis of the global biotech R&D pipeline. "Robust, global R&D pipelines continue to fuel the biotech revolution that launched in the early 1980s, offering the promise of a cornucopia of novel products to treat a wide range of diseases over the next 10 years," said Ronald Evens, PharmD, FCCP, adjunct research professor at Tufts CSDD, who conducted the analysis. Pharmaceutical companies have been instrumental, said Tufts: Since 2002, pharma partnerships have been the largest funding source for biotech development, providing 44 percent of all biotech financing last year. The return? Biotech represents 41 percent of annual revenue for the top 20 pharma companies.

As if to illustrate the Tufts report, just down the road in Worcester, a new proprietary cell therapy manufacturing facility was just completed in late November for Mustang Bio, a clinical-stage biopharma firm. Located within UMass Medicine Science Park (profiled in March 2014 in Site Selection), the 27,000-sq.-ft. facility will support the clinical development and commercialization of Mustang’s CAR T and gene therapy product candidates and enable proprietary cell therapy research, said a release from global engineering firm DPS Group and Hodess Cleanroom Construction. 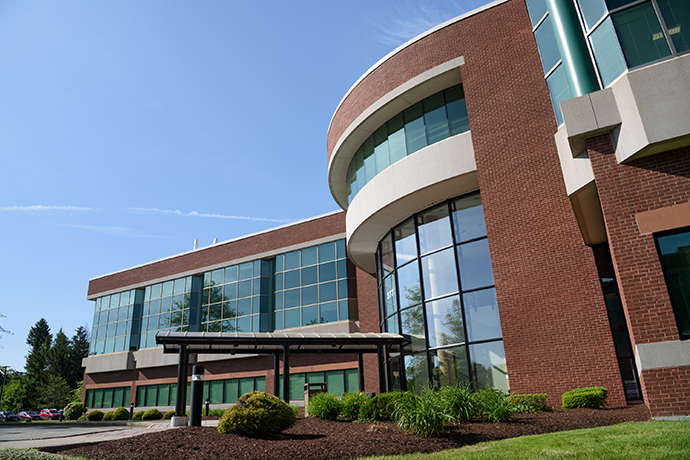 Highlighting the idea that talent attraction is as crucial as luring companies, Florida State University in November announced that award-winning biological chemist Zucai Suo has joined the Florida State University College of Medicine as the Dorian and John Blackmon Endowed Chair in Translational Research. Suo (pictured), who is bringing five federal grants with him to Florida State, focuses his research in three areas: the kinetic mechanisms of enzymes involved in DNA/RNA replication, lesion bypass and repair; understanding gene-editing enzymes; and developing small or large molecules as antiviral and anticancer drugs. Earlier in his career, he helped develop two small molecules leading to an HIV treatment that has generated more than $48 billion in revenue for the biotech giant Gilead Sciences and an anti-hepatitis C drug that has generated about $5 billion for the biotech firm Vertex.

A near-term goal is the development of an FSU Drug Discovery Institute, said the university. “It is one of my dreams,” Suo said. “Hopefully, we can make the next big discovery here.” 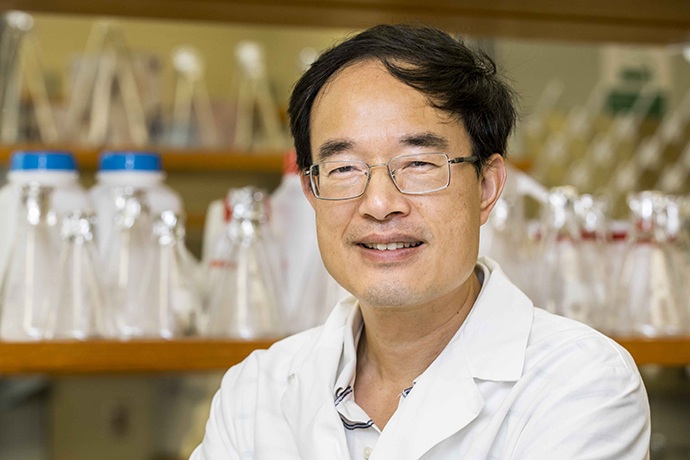