China’s Wuxi Apptec Group is on a facility investment binge. Try to keep up. 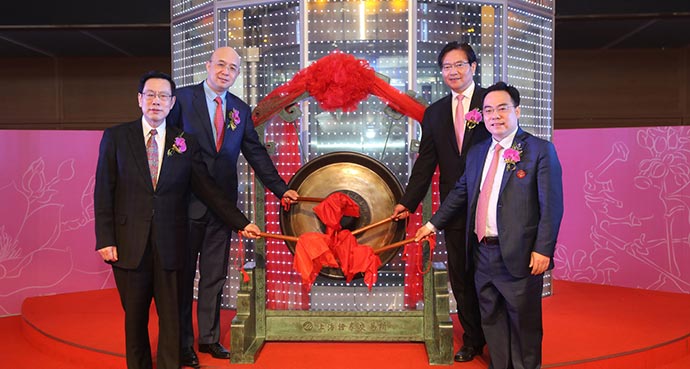 In addition to growing its facility footprint overseas, WuXi AppTec Group and its WuXi Biologics business continue to grow at home in China, where the company in May announced its initial public offering on the Shanghai Stock Exchange. Proceeds will be used to build and expand R&D facilities in China
Photo courtesy of WuXi AppTec
by ADAM BRUNS 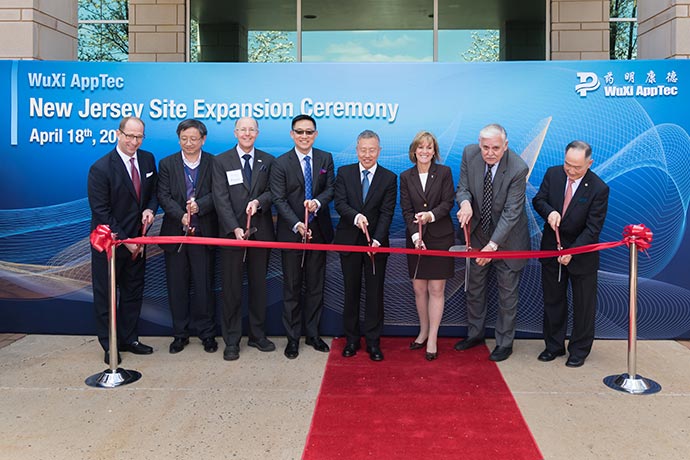 Ribbon-cuttings are frequent these days for WuXi Apptec and its affiliate. This one took place in Plainsboro, New Jersey, in April.
Photo courtesy of WuXi AppTec

If you're involved with the global life sciences sector and haven't been tracking the expansion of WuXi AppTec Group and its WuXi Biologics affiliate, then you really haven't been paying attention.

The growth curve of WuXi Biologics over its first decade of existence has turned from a gentle slope to a sudden spike in investment and new global locations. Created in 2008, the company offered cell line development and analytical protein characterization services, but now is offering what it calls "the world's first true concept-to-commercialization service and open-access technology platform for the biologics industry."

The surge in investment really got going in spring 2015, when WuXi committed to building the largest biomanufacturing facility in the world, using fourteen 2000L and two 1000L disposable bioreactors to support late-phase clinical and commercial manufacturing. Eight months later, the company signed a strategic alliance with AstraZeneca's biologics R&D arm MedImmune — the first such collaboration in China between a global company and a Chinese company to develop novel biologics. The agreement made WuXi the exclusive biologics partner of MedImmune, while also granting AstraZeneca the option to acquire WuXi AppTec's biologics manufacturing facility in Wuxi "in the next few years."

The first phase of the $150-million facility was to have been operational in January 2017, but as with many projects in China, it got ahead of schedule instead of falling behind, and launched in September 2016.

By December 2017, the full 30,000-liter production capacity of the 500,000-sq.-ft. site in Wuxi was in full operation, quintupling the company's manufacturing capability.

"We are very pleased that it only took us a little more than two years from our own innovative concept of using single-use bioreactors for commercial manufacturing facilities to actual completion of a global standard state-of-the-art facility in Wuxi city," said Dr. Chris Chen, CEO of WuXi Biologics. "This new facility design with a lower capital expenditure and shorter facility timeline compared to that of traditional biologics commercial manufacturing facilities, represents a novel design for facility-of-the-future, which has been emulated by several companies globally. The new site in Wuxi delivers to our customers additional capacity, greater flexibility and higher efficiency."

The very next month, in January 2016, WuXi AppTec Group announced plans to spend $120 million on a 250,000-sq.-ft. integrated biologics solution center at its headquarters in Shanghaim, with the goal of being fully operational in 2017 and able to accommodate up to 800 scientists at the complex, providing "integrated solutions from ideas to the clinic for biologics discovery, development, and clinical manufacturing on a consolidated campus."

This spring, Conway Analytics' Conway Projects Database has tracked a 200-job expansion by WuXi AppTec in Plainsboro, New Jersey, and, at the end of April, one of the company's biggest investments to date, as the WuXi Biologics committed to investing €325 million (US$375 million) and creating 400 new jobs over five years in a new biologics drug substance manufacturing facility on the Ireland Industrial Development Authority's (IDA) greenfield site in Mullagharlin, Dundalk, Co. Louth.

A total of 48,000 liters of fed-batch and 6,000 liters of perfusion bioreactor capacity will be installed, representing the world's largest facility using single-use bioreactors. The manufacturing project on a 64-acre campus, the company's first site outside of China, is supported by the Irish Government through IDA Ireland.

"We have been engaging IDA and Ireland Strategic Investment Fund (ISIF) for several years before finalizing today's exciting investment in this community," said Dr. Ge Li, chairman of WuXi Biologics. "This is our second major partnership in Ireland, following WuXi NextCODE's work with Genomics Medicine Ireland (GMI). These ventures showcase how competitive Ireland is for global enterprise and investment, and we are grateful for all the support local agencies and the talented people here have provided for us."

"This is the start of something special. We will see the 'Factory of the Future,' right here in Dundalk," said Irish Prime Minister An Taoiseach Leo Varadkar. "It's the first sizable greenfield project from China in the pharma sector, and I am delighted to see it located here in Dundalk. It's also the latest in a number of investments in this town which has become a hub for a range of sectors, mainly in the new knowledge-based and pharmaceutical sectors."

"This investment is a significant win for Ireland and for the BMW [Border, Midland and Western] Region," said Martin Shanahan, IDA Ireland CEO. "WuXi Biologics is a strong addition to Ireland's growing cluster of next-generation biopharmaceutical companies and will be an excellent reference seller for new greenfield Asia Pacific Investment into Ireland.

A week later, the company signed a memorandum of understanding with Tsinghua University Innovation Center for Immune Therapy (ICIT) in Beijing to form a strategic partnership in discovery, development and manufacturing of biologics. Two weeks later, on June 11 and well timed with the big BIO conference taking place in Boston, WuXi Biologics announced another $60-million, 150-job "facility of the future" in nearby Worcester, Massachusetts, with the same 4,500-liter bioreactor capacity as the Singapore site.

While WuXi AppTec operates other U.S. sites (including a 150,000-sq.-ft. cell and gene therapy manufacturing site that opened at Philadelphia's Navy Yard in 2016), this is WuXi Biologics' first U.S. site. The project is supported by the Worcester Business Development Corporation (WBDC) and the Massachusetts Life Sciences Center (MLSC), and the company will be the first tenant in the newly formed Worcester Biomanufacturing Park, created on the site formerly home to the Worcester State Hospital. Gov. Massachusetts Governor Charlie Baker signed legislation to facilitate the transfer of the unused state property in January 2017. WBDC plans to develop about 350,000 sq. ft. on seven sites at the park.

"We are delighted that WuXi Biologics has chosen the United States, Massachusetts, but most importantly, Worcester," said Craig L. Blais, president and CEO of WBDC. "We competed very hard for this one and we prevailed."

WuXi Biologics CEO Dr. Chris Chen noted that many of the firm's partners are located within two hours of the new site. "Metropolitan Boston is acknowledged as a leader in the biopharmaceutical industry," said Dr. Ge Li, chairman of WuXi Biologics. "We believe we can quickly push forward this exciting project."

"We are committed to becoming the most comprehensive capability and technology platform in the global biologics industry to enable both local and global partners," Chen added.

Judging by the pace they're setting, the WuXi team appears well on the way to achieving that goal, and like many a Chinese construction project, doing so ahead of schedule. 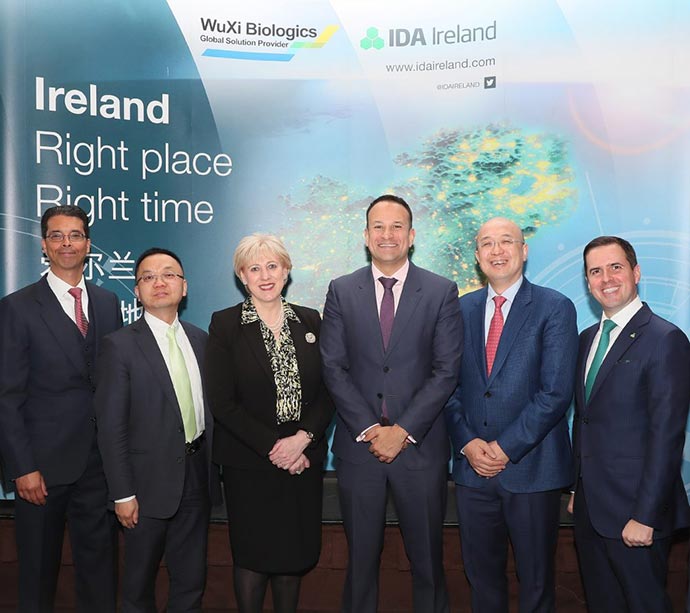