Running with the Pack

Growth at Birmingham’s Pack Health showcases the region’s biosciences impact during the Rise of the Rest investment tour. 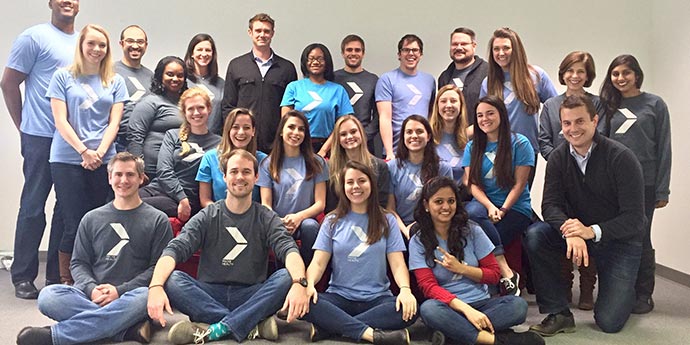 Pack Health aims to grow from 30 to more than 200 employees over the next four years.
Photo courtesy of the Alabama Department of Commerce
by ADAM BRUNS 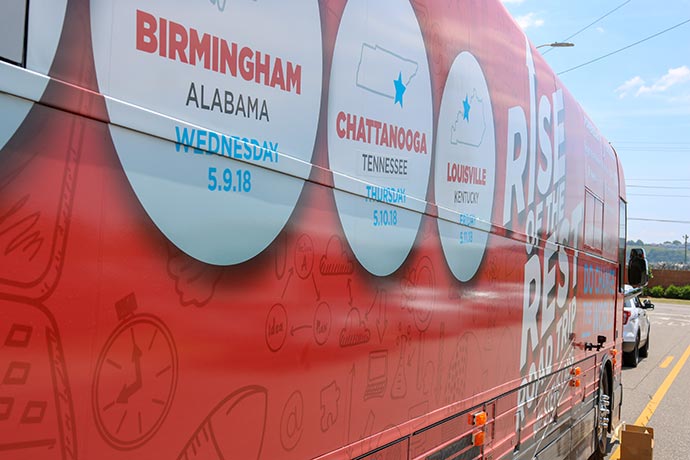 Early this month, the venture capital firm Revolution, founded by Steve Case, launched a careers page aggregating open positions from portfolio companies across its Revolution Growth, Revolution Ventures and Rise of the Rest Seed funds. The page featured jobs available in 105 cities across the country, with more than 80 percent of those jobs outside of Silicon Valley, New York and Boston.

"And that makes sense," Case said in a press release, a few weeks after the latest Rise of the Rest (ROTR) bus tour through cities across the mid-South. "We founded Revolution over a decade ago with the philosophy that great companies can start and scale anywhere. And we have invested against that thesis ever since. To date, Revolution has invested more than a billion dollars in companies outside of Silicon Valley."

Like a minor league baseball team packed with major-league capital, each ROTR bus tour hits five cities in five days. The most recent tour in May stopped in Dallas, Memphis, Birmingham, Chattanooga and Louisville. Along the way Case and his partners — including Hillbilly Elegy author J.D. Vance — host combination pitch sessions where they invest at least half a million dollars total ($100,000 per city).

Among the tour's stops in May was digital health coaching firm Pack Health in Birmingham, which currently employs around 30 people but in January pledged to invest nearly $3 million and hire 175 people over the next four years at a new headquarters downtown. 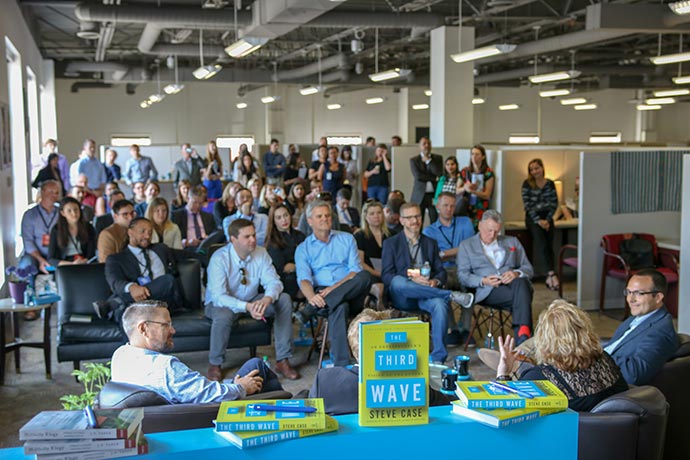 AOL Co-Founder Steve Case and author and investor J.D. Vance saw Birmingham’s startup vitality firsthand during this visit to Pack Health and a subsequent pitch competition held at Sloss Furnaces, a National Historic Landmark and museum that made pig iron from 1882 to 1970.
Photo courtesy of Pack Health

"In addition to accommodating our growing staff and bringing us closer to UAB [the University of Alabama at Birmingham] and quality-of-life factors such as Railroad Park, Regions Field and Innovation Depot, this is a space where we can host events, work more closely with our local partners and become a hub for innovation in health and healthcare in Birmingham," Pack Health President Mazi Rasulnia said in January in a Birmingham Business Alliance press release.

Pack Health members work one-on-one with a nonclinical Health Advisor, online and over the phone, to address social determinants of health and achieve personal health goals. Results include quality life years added, higher satisfaction, better clinical outcomes, and lower total medical cost. The company was a startup at Birmingham's Innovation Depot incubator just four years ago. An Alabama Department of Commerce blog about the new HQ notes that the firm graduated from the incubator in 18 months and renovated a building in the Avondale area for its first headquarters. Its new headquarters is just two blocks away from Innovation Depot.

"With the twin engines of University of Alabama Birmingham and Southern Research, medical research and the startups that spin out are an essential part of the future of the Birmingham regional economy," said John Nugent, vice president of innovation and technology for the Birmingham Business Alliance, at the ROTR event in May. "Health care startups, like Pack Health and others, are bringing attention to Birmingham as they grow, not just from the medical community but from the finance community, too, attracting investors from all over the world."

A report released in May by researchers at the University of Alabama said the state's biosciences industry generates $7.3 billion in economic activity annually, across 780 companies and nearly 48,000 direct and indirect jobs.

Conducted for the BioAlabama industry trade group, the report found that direct biosciences employment totals 17,871 workers, each earning an average annual salary of $67,664. Total expenditures of those companies exceed $3.8 billion a year. The industry's earnings impact generates $161.4 million in tax revenue annually, including $74.7 million in state income taxes and $86.7 million in state and local sales taxes. Once bio-industries such as agricultural feedstock/chemicals and biosciences-related distribution are taken into account, overall life sciences impact grows to $11 billion in economic output and more than 70,000 jobs, the study found. 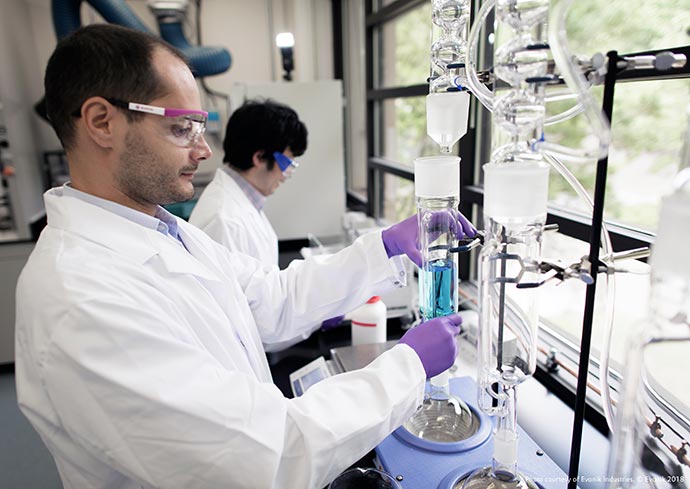 Among the global biosciences investors in Greater Birmingham is Germany’s Evonik, which in March pledged to create 50 new jobs at its Global Competence Center for Medical Devices, where the company has invested $50 million over the past four years.
Photo courtesy of Evonik

Among the partnerships it highlighted is the Alabama Drug Discovery Alliance, a partnership between UAB and Southern Research that has developed a pipeline of potential therapeutics for diseases such as cancer and diabetes. In 2016, the area's life sciences portfolio grew with the addition of a two-building College of Health Sciences campus at Samford University, in the former headquarters of Southern Living magazine adjacent to the Samford campus.

Live-event software startup Mixtroz, another Innovation Depot resident firm, won the $100,000 Rise of the Rest prize at the Rise of the Rest pitch competition held at Sloss Furnaces, a National Historic Landmark and museum that made pig iron from 1882 to 1970.

"This is a city built by innovation, and the innovation happened to be steel," Case said at the pitch competition. "Now, it's gone from a city focused on steel to a city that is focused on startups."