Recreational cannabis just turned legal in Canada two days ago. Cannabis-related firms have been building facilities in Canada for years. 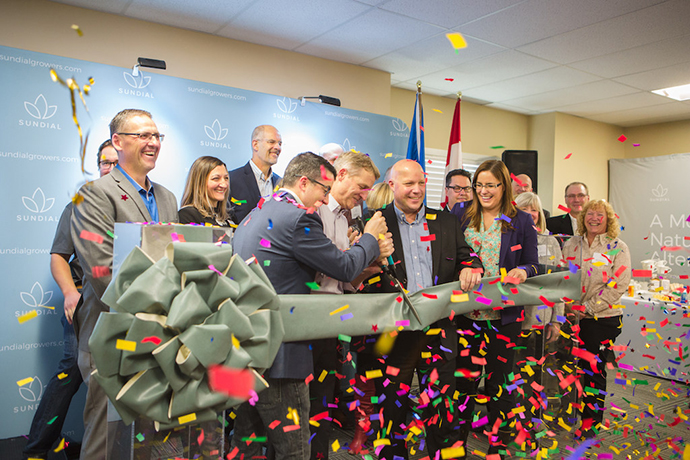 Canada turned into "Cannada" this week, as recreational use of cannabis turned legal on October 17, with long lines waiting to make purchases at official government-run shops. But Canadian weed has been making inroads for some time, whether measured by dollars or square feet.

In releasing a new report last week on underground economic activity in Canada (worth CA$56.1 billion or 2.5 percent of GDP in 2016), Statistics Canada purposely excluded drugs and prostitution. But its own tables show that the GDP associated with illegal cannabis in Canada was estimated to be $3.3 billion in 2016. "If illegal cannabis had been added to the estimates in this study, the upper bound of underground economic activity, as a proportion of total GDP, would have been 0.2 to 0.3 percentage points higher each year since 1992," Stats Canada reported.

Site Selection's own Conway Projects Database has witnessed an explosion of weed growth from companies looking to make a buck from cultivating, processing and research. Some are even underground literally — see the Prairie Plant Systems/CanniMed project in Flin Flon, Manitoba.

Since the beginning of 2014, we've tracked no fewer than 104. Job creation numbers and capex totals aren't always readily available, but the total area often is: The grand total from those projects where figures were available comes to 18.6 million sq. ft. The provincial breakdown:

Canopy operates 10 licensed cannabis production sites with over 4.3 million sq. ft. of production capacity, including over 500,000 sq. ft. of GMP certified production space. Site Selection has tracked company projects this year that include 160,000 sq. ft. in Edmonton; a $55-million, 200-job investment in 150,000 sq. ft. in Saint John's, Newfoundland; and a 200,000-sq.-ft. project in Niagara-on-the-Lake last year. 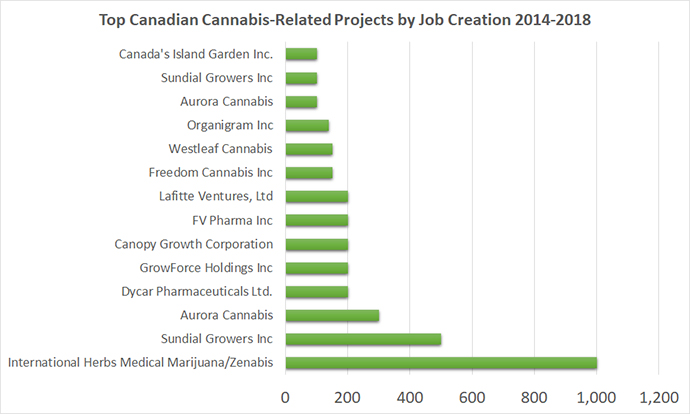 Another large-scale investor is Vancouver-based Aurora Cannabis, whose flagship 800,000-sq.-ft. facility called "Aurora Sky" is located at Edmonton International Airport, where the company will lease 30 acres from the Edmonton Regional Airports Authority.

Last week, Sundial Growers cut the ribbon on its flagship facility in Olds, Rocky View County, Alberta, after receiving Health Canada licensing in September for the first phase of the 500,000-sq.-ft. facility. Additional cultivation capacity will be added as quickly as Health Canada can grant the required licenses. "The facility will be fully built in 2019 and will consist of 140 state-of-the-art, individually controlled cultivation rooms capable of producing over 100 million grams of cannabis annually," said a company statement.

At full build-out, the complex is expected to create 500 jobs. Sundial operates another facility in the town of Rocky View, and plans to establish a third facility in British Columbia. 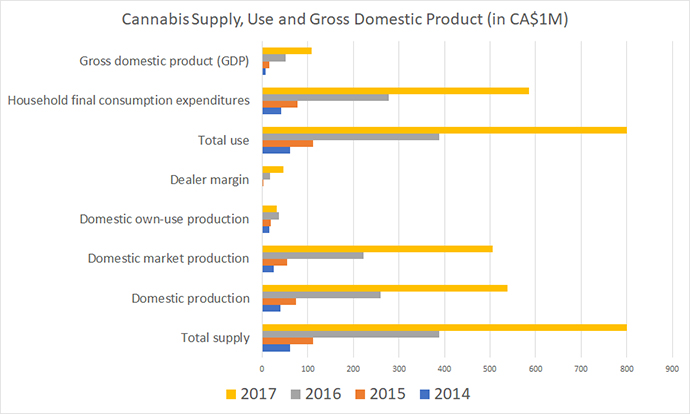