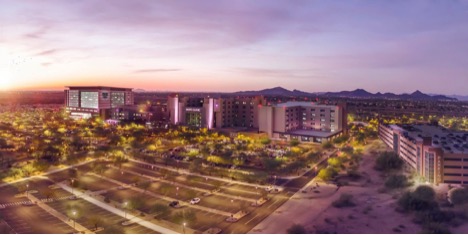 The economic momentum provided by educational and medical institutions (eds and meds) is undeniable and continues to build, as major investments underway across the nation continue to prove.

From its home in Rochester, Minnesota, Mayo Clinic recently announced it is expanding its destination medical centers in Rochester; Jacksonville, Florida; and Phoenix with an investment of nearly $1 billion. The breakdown:

Rochester: An 11-floor expansion of the Gonda Building will provide an additional 200,000 sq. ft. of clinical space across four of those floors, with the remaining seven floors to be developed for a premier hotel space by Pontiac Land Group under a joint venture with Mayo Clinic. The JV will own the hotel, which will be operated by a major hotel group to be identified and announced at a later date. The growing home base for Mayo is part of the state's Destination Medical Center economic development strategy. 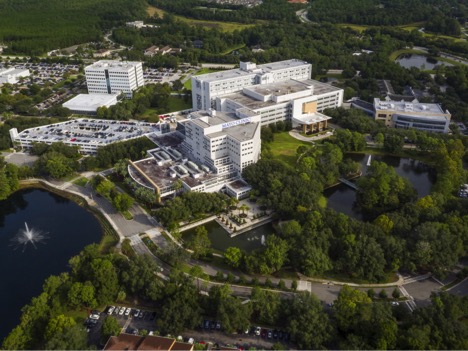 Jacksonville: A $144-million investment will back two new buildings on the 400-acre campus. A five-floor, 120,000-sq.-ft. addition will feature eight new operating rooms, among other departmental space, and will be complete in 2021. A 1,000-space parking garage will be complete in 2020. After investment of nearly $500 million and more than doubling its space with 520,000 sq. ft added over the past three years, Mayo Clinic's Florida campus now has more than 6,400 employees and contributes $2 billion to the Florida economy. Mayo has added more than 1,000 new staff members, including 130 physicians and scientists, over those three years.

Phoenix: An additional 1.4 million sq. ft. of building space will accommodate new patient rooms, clinic and rehab space, and an outpatient surgical center, in addition to departmental expansions. The project also includes a 1,000-space patient parking garage and 1,600-space, multilevel staff parking. The initial areas are projected to open as early as June 2020, with the final phase opening in April 2023.

The $648-million expansion, dubbed the Arizona Forward Project, will nearly double the size of the Phoenix campus. The project will increase the number of inpatient beds from 280 to 374 by 2023 and creates close to 2,000 new jobs, including nearly 200 physicians by 2029. 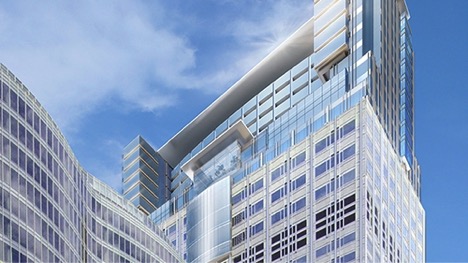 "Growing our facilities in Arizona to accommodate increased demand is essential," said Wyatt W. Decker, M.D., vice president, Mayo Clinic, and CEO of Mayo Clinic in Arizona, noting Mayo's 30-plus-year history in the area. "Arizona Forward represents our commitment for the next several decades and beyond — innovating to improve the physical health of patients and the economic health of the state we call home."

"Mayo Clinic's presence in Arizona has propelled our state's health care and bioscience industry, and their enhanced investment is another sign that this industry is thriving," said Governor Doug Ducey. "Not only will those of us in Arizona be served by expanded services at Mayo Clinic, but it will further secure Arizona as a global destination for excellence in health care."

That confidence was further borne out early this month when Ducey joined officials from BD, Tempe Mayor Mark Mitchell and representatives of The Boyer Company to officially break ground on the new I.D.E.A. (Innovation, Discovery, Education and Arts) Tempe campus. BD Peripheral Intervention, which develops and manufactures endovascular devices, will be the first business to move to the new campus that is focused on attracting new technology companies to Tempe. I.D.E.A. Tempe eventually will encompass nearly 18 acres and will include more than 1 million sq. ft. of commercial buildings, including multiple office buildings, a hotel, restaurants, structured parking and additional art and classroom related space. 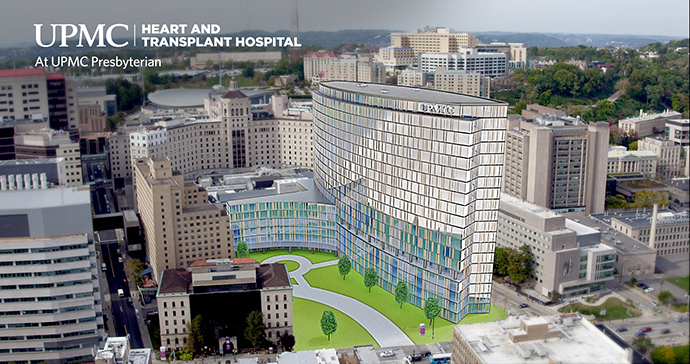 UPMC Heart and Transplant Hospital in the heart of Oakland on the UPMC Presbyterian campus in Pittsburgh will provide the highest caliber organ transplantation and cardiac procedures available anywhere in the world.
UPMC images courtesy of UPMC

"The I.D.E.A. Tempe campus is designed to create a place where the brightest people in science can create and collaborate together," said Tempe Mayor Mark Mitchell. "The space also offers exposure to the arts and instant access to the finest outdoor urban recreation area this state has to offer."

"Working in partnership with the University of Pittsburgh Schools of the Health Sciences, we will radically change health care as we know it to provide personalized, effective and compassionate care," said Jeffrey A. Romoff, president and CEO, UPMC, in announcing the projects last year. "We are also pleased to announce that Microsoft will collaborate with UPMC in designing these 'digital hospitals of the future.' Building on our existing research collaboration with Microsoft and its Azure cloud platform, we will apply technology in ways that will transform what today is often a disjointed and needlessly complex experience for patients and clinicians."

The $2 billion investment is in addition to UPMC's annual capital commitments of nearly $1 billion and will result in no increase in inpatient beds. Among the projects:

In Lake County, Illinois, north of Chicago, Rosalind Franklin University, known for disease research in such areas as cancer, diabetic wounds, Parkinson's and Alzheimer's diseases, continues to move forward with construction of its Innovation and Research Park, which among other goals will connect medical and graduate students with biomedical companies in the Lake County biocluster.

The local non-profit Lake County Partners estimates the $50-million project will help create 500 jobs when completed and spur $117 million in annual economic development for the region. Lake County is home to the largest concentration of bioscience companies in the Midwest, including Abbott Laboratories, AbbVie, Takeda Pharmaceuticals and Walgreens.
The 100,000-sq.-ft. park is scheduled for completion by summer 2019. It will feature laboratories, meeting and office space for six new disease-based research centers which will be housed in the park, and space for commercial startups and national and international health care firms. "It is expected that more than 100 university researchers will move into the new building with a capacity for 175 scientists, including investigators in industries collaborating with the university," said a school press release this spring when heavy construction began in April.

Approximately 50 percent of the investigators will work in the new Brain Science Institute and its three disease-focused research centers, in addition to three more centers focused on genetic diseases, cancer cell biology, and proteomics and molecular therapeutics. Industry collaborators will work in dedicated space on each floor of the building. RFU is working with the SmartHealth Activator, a Lake County-based incubator focused on the commercialization of biotechnology coming out of Midwest universities, to increase the number of new companies formed by RFU faculty entrepreneurs.

"There is extraordinary biotech being developed at RFU," said Tom Denison, SmartHealth president, when ground was broken on the park last year. "We are passionate about facilitating success for strong teams intent on solving significant health problems. The university's proximity to some of the nation's top healthcare companies and the people who built them offers important access to elite mentors, experienced operators and investors."

Atlanta-based developer The University Finance Foundation (TUFF), working with Gateway Development, late last year completed the $53-million financing for the expansion. (TUFF President and CEO Kevin Byrne well knows the power of university research to drive economic development, as he's told Site Selection readers in years past.) Cushman & Wakefield is working to attract companies to co-locate at the park. The Illinois Department of Commerce and Economic Opportunity recently approved an application by the cities of North Chicago and Waukegan requesting an expansion of the existing Enterprise Zone boundary to include Rosalind Franklin University, thereby enabling businesses and companies joining the Research Park to avail themselves of a number of tax incentives to encourage job creation.

"The Innovation and Research Park combines stellar research and industry, and will draw even more talent and investment to the burgeoning bioscience community in metropolitan Chicago and southern Wisconsin," said Jonathan Metzl, Cushman & Wakefield managing director. 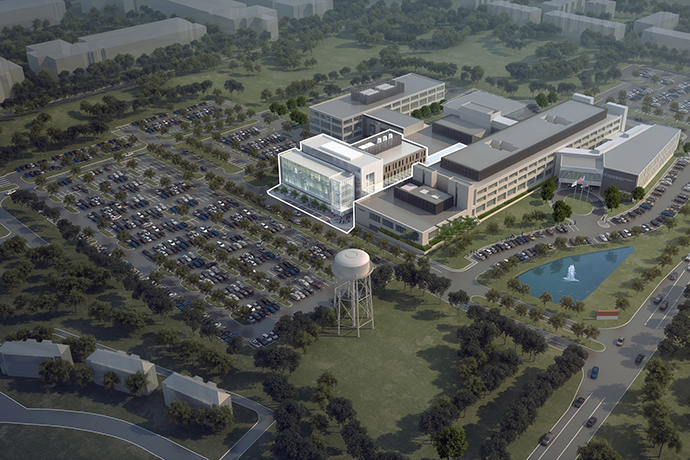 The Rosalind Franklin University Innovation and Research Park is projected to spur $117 million in annual economic development for the region.
Image courtesy of RFU