According to Invest Stockholm, 23 of its 95 health tech companies qualify to be on the region’s Life Science Hotlist, which it calls “a list of carefully curated investment opportunities in the Stockholm-Uppsala region.” The latest to join the hot group are Brighter, Camino Care, CareLigo, Encare, Hnry and Minnity. Altogether, the 95 companies employ 858 people and represent revenue of SEK 1.42 billion (US$151.6 million).

“It’s a great time to be an investor in health tech in Sweden,” said Marta Sjögren,pPartner at venture capital firm Northzone. “As a generalist tech investor, we started looking at the sector a couple of years ago, having seen more deal flow and activity in the space. Since then, we've seen almost a four-fold increase in the number of start-ups.”

A Startup Nation Central blog by a former intelligence analyst with the Israel Defense Forces says Houston, Texas, is the hidden digital health hub of America. Who are we to argue?

The Royal College of Surgeons in Ireland (RCSI) in Dublin is one of 14 partners in nine countries and the lead coordinator on a new research study — the PD-MitoQUANT project — that aims to increase understanding of how cells in the brain become damaged in Parkinson’s so more effective treatments can be developed for the 1 million people living with Parkinson’s in Europe. The project this week was awarded €7 million by the EU’s Innovative Medicines Initiative (IMI) with partners including GeneXplain and Teva Pharmaceuticals, as well as the Institut du Cerveau et de la Moelle Epinière in Paris; the German Center for Neurodegenerative Diseases (DZNE) in Bonn; and Radboud University Nijmegen Medical Centre in the Netherlands. The project will run for three years.

North Carolina Governor Roy Cooper announced in February that Aetna, a CVS Health business, is expanding its operations in High Point. The business added 80 new full-time equivalent jobs in 2018 and is projected to hire approximately 300 new employees by the end of 2020. CVS Health has approximately 9,000 employees in North Carolina, with 1,230 of them in High Point, where Aetna currently leases more than 126,000 sq. ft. and will be adding an additional 16,000+ sq. ft. with a $2.5-million investment.

“The City of High Point, High Point EDC, and Guilford County Economic Development Alliance have worked closely with Aetna, and we are proud this impressive corporate citizen is continuing to grow here,” said Loren Hill, president of the High Point Economic Development Corporation, who went out of his way to state, “State and local performance-based incentives are not part of this 300-job expansion project.”

Following the December opening of its Alexandria LaunchLabs at One Kendall Square (pictured) in Cambridge, Massachusetts, Alexandria Real Estate Equities in February announced the launch of Alexandria GradLabs, a 98,000-sq.-ft. project under construction at the firm’s flagship Campus Pointe by Alexandria campus in San Diego, that the company says will be a “flexible, first-of-its kind life science platform designed to provide post-seed-stage life science companies with turnkey, fully furnished office/laboratory suites and an accelerated, scalable path for growth.” The campus also has future value-creation development and redevelopment opportunities aggregating 697,000 rentable sq. ft. (RSF) to create a 1.6-million-RSF mega campus. Already it is anchored by Eli Lilly and Company, Celgene Corporation and UC San Diego. As of December 31, 2018, the company's San Diego operating asset base consisted of approximately 5 million RSF. 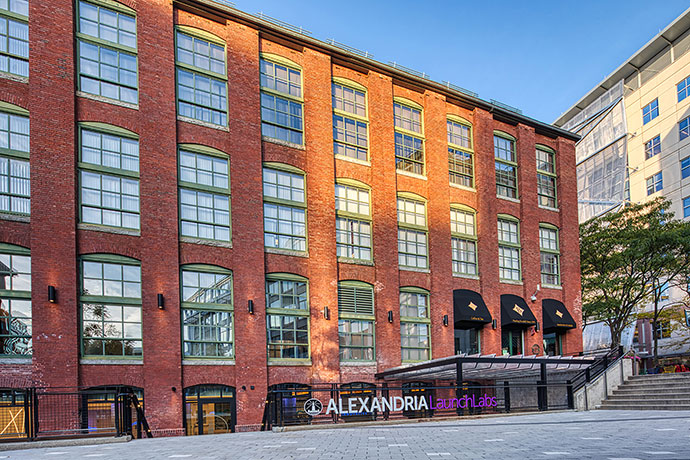 After joining the HAHN Group in 2017, Dayton, Ohio–based medical device manufacturing technology and services firm Invotec is expanding its international presence with a new location in Villingen-Schwenningen, Germany. "Southern Germany is a long-standing hub for medical technology as well as automation across Europe," said Armin Doser, CEO of Invotec GmbH, last month.

Invotec's new facility will provide a range of solutions from semi-automated stations to full production lines. The HAHN Group consists of a network of specialized companies for industrial automation and robot solutions. With production sites in China, Czech Republic, Croatia, Germany, the UK, India, Israel, Mexico, Switzerland, Sweden, Turkey, and the United States, the group employs approx. 1,300 staff at 20 locations. 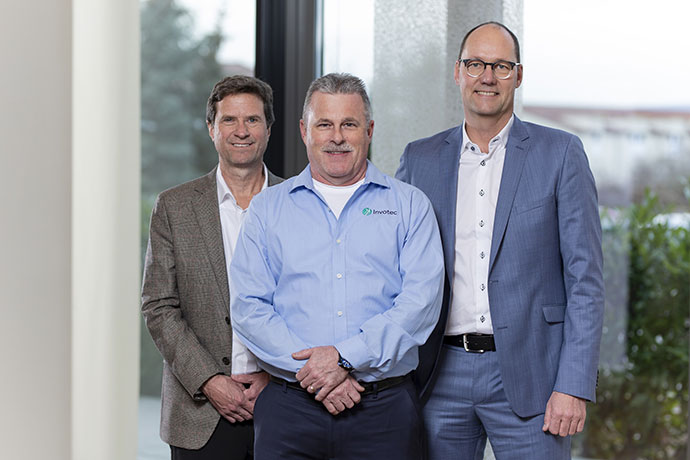 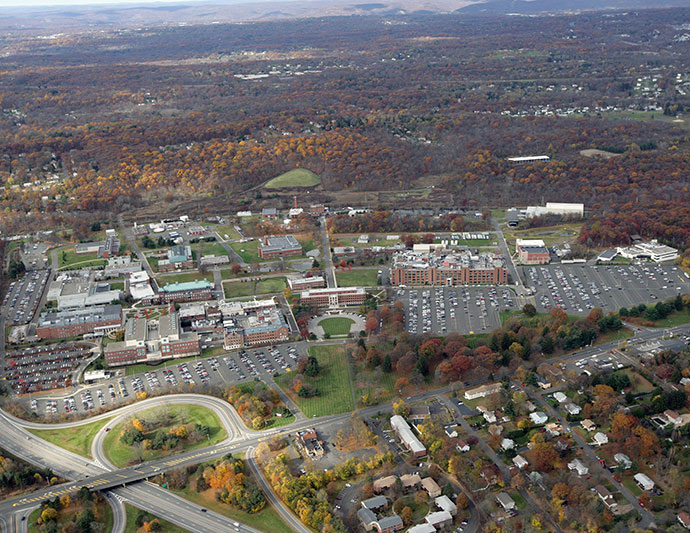 “Our focus on sites with access to eligible patients is designed to speed patient recruitment at high-performing sites and to more effectively incorporate Chinese patients into global trials,” said David Simmons, chairman and CEO of PPD. PPD has clinical trial operations based in Beijing and Shanghai and central lab facilities in Shanghai.  A PPD spokesperson says, “The goal of this unique collaboration is to enhance global pharmaceutical companies’ access to China’s evolving drug development and post-marketing ecosystem to address unmet clinical needs in China, while expanding research capabilities for the Chinese pharmaceutical industry in the global market.”

The newest building at the 6.5-million-sq.-ft. uCity Square development in Philadelphia, 3675 Market Street (pictured), in February was selected by Amicus Therapeutics for its Global Research and Gene Therapy Center of Excellence. “With the Amicus announcement, 3675 Market is now 90 percent leased only 90 days after opening in November,” said University City Science Center. Amicus’s commitment in the building totals 75,000 sq. ft. of office and lab space over three floors. Expected to be open in the second half of 2019, the space will eventually hold up to 200 employees. A group of Amicus researchers is already occupying space in the building as a client of BioLabs@CIC Philadelphia, a co-working wet lab and office facility. 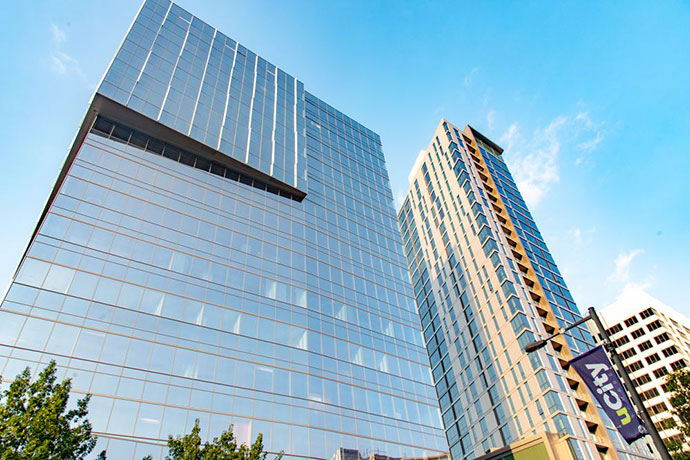 Merck KGaA, Darmstadt, Germany, which operates its biopharmaceutical business as EMD Serono in the U.S. and Canada, in February announced a $70-million investment to expand its R&D facility in Billerica, Massachusetts. The new building (see rendering) will span 145,000 sq. ft., offering new lab and collaborative working space to accommodate approximately 400 new and current R&D employees. "We continue to strengthen our innovation footprint in both the U.S. and Darmstadt, Germany where our global R&D headquarters are located,” said Luciano Rossetti, head of Global Research & Development at the biopharma business of Merck KGaA.

With this latest project, Merck KGaA, Darmstadt, Germany will have invested more than $150 million in Massachusetts in recent years, with more than 150 new jobs added to its growing U.S. R&D Hub in Billerica since 2011. “The town of Billerica played a critical role in bringing this latest building expansion project to fruition,” said the company, “working collaboratively with company officials to underscore the benefits of expanding the state-of-the-art R&D facility.”

The presence of Merck KGaA, Darmstadt, Germany in the U.S. encompasses three businesses – Healthcare, Life Science and Performance Materials – with nearly 10,000 employees working across almost 60 sites country-wide. Within the state of Massachusetts, more than 2,800 professionals work across 10 locations. 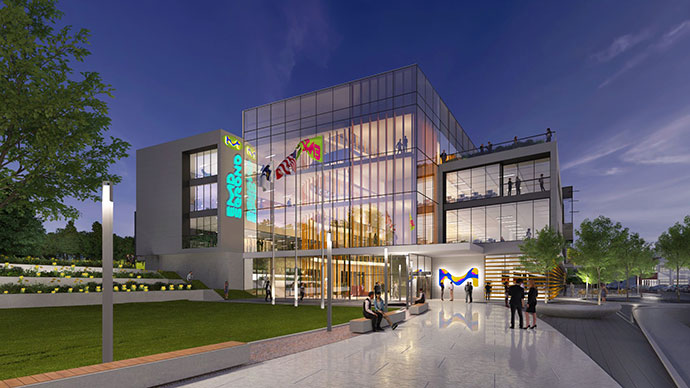