In Buffalo, a focus on students in need is yielding impressive results. 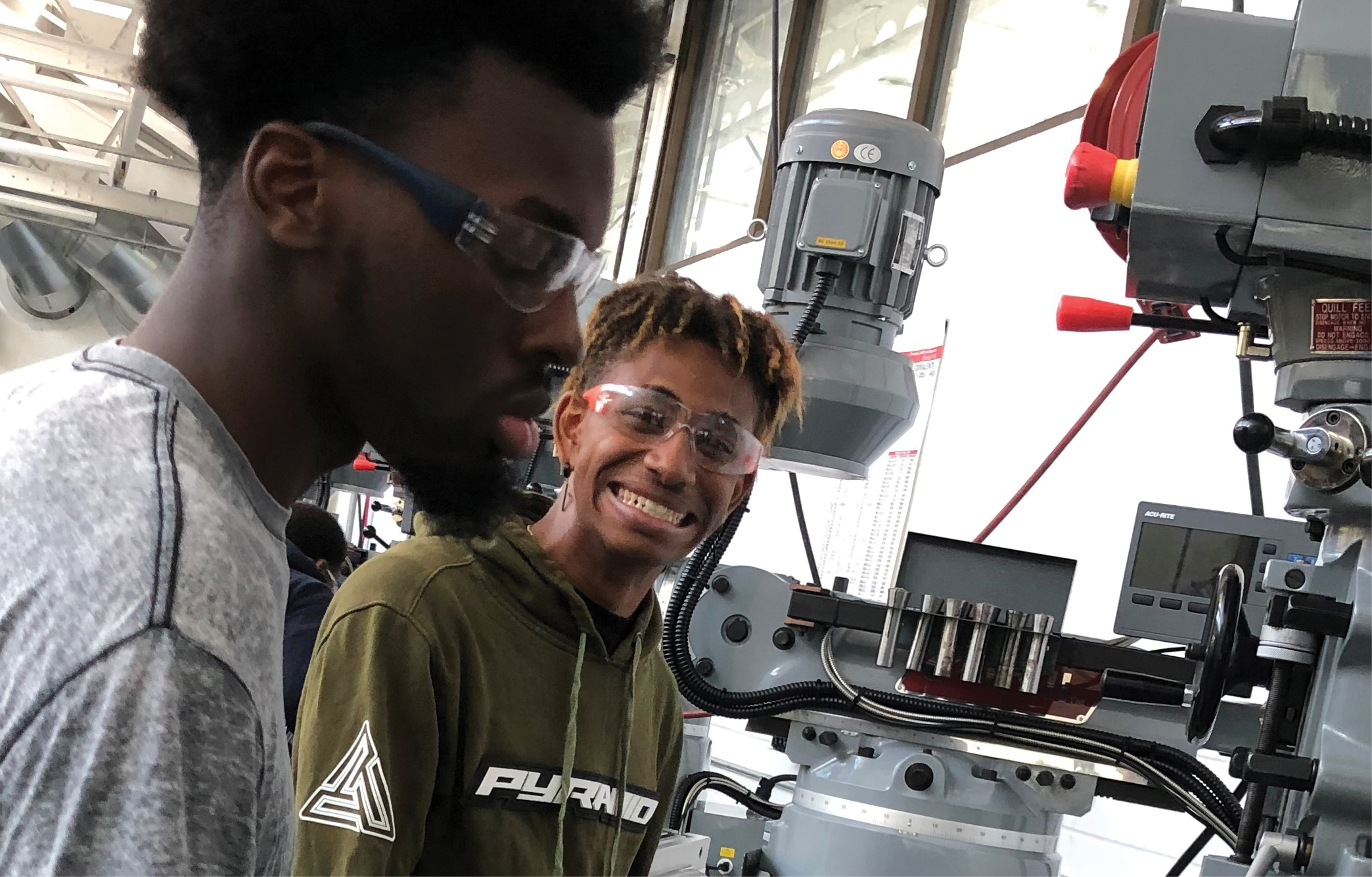 crucial component of New York State’s “billion-dollar” bet on Buffalo, Northland Workforce Training Center is a $65 million public-private wager that is paying off. Having opened its doors in 2018 as both the envisioned community anchor of an atrophied quarter of East Buffalo and a hoped-for driver of a regional, advanced manufacturing economy, Northland has begun to assemble an enviable record of achievement, making it what Gov. Kathy Hochul has called a model for the rest of the nation.

With instruction provided by partners from SUNY Alfred State College and SUNY Erie Community Colleges, Northland offers for-credit certificate and degree programs in fields that include machine tool technology, welding technology, electrical engineering and mechatronics. Geared specifically but not exclusively toward youth of color, women, recent high school graduates and the unemployed, the Center boasts 60% minority enrollment and an 87% job placement rate. Ninety-three percent of students, says Tucker, pay no money out of pocket for what is a shot at a high-paying job and a path toward potential prosperity.

“Everyone in this community,” says Tucker, “has come to see Northland as a place where you are welcome, where you can come and have an opportunity.”

Tailored to the Community

It wasn’t always that way. Even with the gaudy investment that made Northland a reality, a history of broken promises and structural racism bred both cynicism and resignation within parts of East Buffalo. Hired in 2017 to get the facility up and running, Tucker says he faced some initial resistance.

“People in East Buffalo had a built up mistrust of government and business. We actually had some older African Americans telling people in the community that Northland was not for them, that no one was getting a free education, that it was just what we were saying to justify spending all this money. We had to go into the schools, the churches, community centers and barber shops. We sat down and had conversations throughout the community.”

“I was intentionally focused,” he says, “on providing as many opportunities as possible for Minority/Women-owned Business Enterprises. Slowly but surely, we established credibility and started getting buy-in. It took a lot of work to do that.”

Embedding Northland within the local community was central to Tucker’s strategy. Some 95% of the Center’s students hail from the surrounding Erie County.

“Placemaking and equity were always at the forefront of the business plan,” he says. “We’re located right in a population center that has access to public transportation, in a predominantly minority and African American neighborhood. Just by default, that helps to eliminate one of the biggest barriers that many people face when it comes to completing post-secondary education and finding employment opportunities.”

A Formula for Success

Central to Northland’s success at recruiting, retaining and graduating students, Tucker says, is a strategy focused on catering to the needs of what he calls “marginalized populations.” For that, Tucker says he drew upon established best practices and his academic background in organizational development.

“We call our students ‘customers,’” he says. “Most community colleges don’t do that. As a matter of fact, after their students pay their money, they’re basically just a number.”

Not so at Northland. 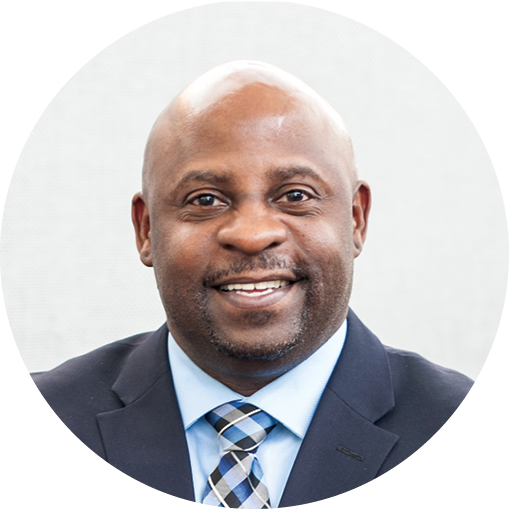 “We call our students ‘customers.’ Most community colleges don’t do that.”

“What we’re doing,” he says, “is embedding wraparound services with our delivery of technical training. Those wraparound services include assistance with transportation, mental health, food, housing and childcare. Those are the extra resources our customers wouldn’t have access to traditionally. We even have an emergency fund where if, for example, a student’s car breaks down or they’re about to get evicted, we have a grant that we can give them. These are all resources that you don’t get at a typical community college.”

Other services that have served to differentiate the Northland experience include:

Where History Meets the Future

The Northland facility is stunning. Funded in large part by the ongoing “Buffalo Billion” project launched by former Gov. Andrew Cuomo, the 100,000-sq.-ft. training center represents the adaptive reuse of the former Niagara Machine & Tool Works, added in 2018 to the National Register of Historic Places. Lining the wall of the building’s cavernous lobby is a 3D mural that pays tribute to the facility’s storied past. Led by an architecture professor at the University of Buffalo, the design incorporates relics uncovered during the renovation to celebrate Buffalo’s legacy of craftmanship. 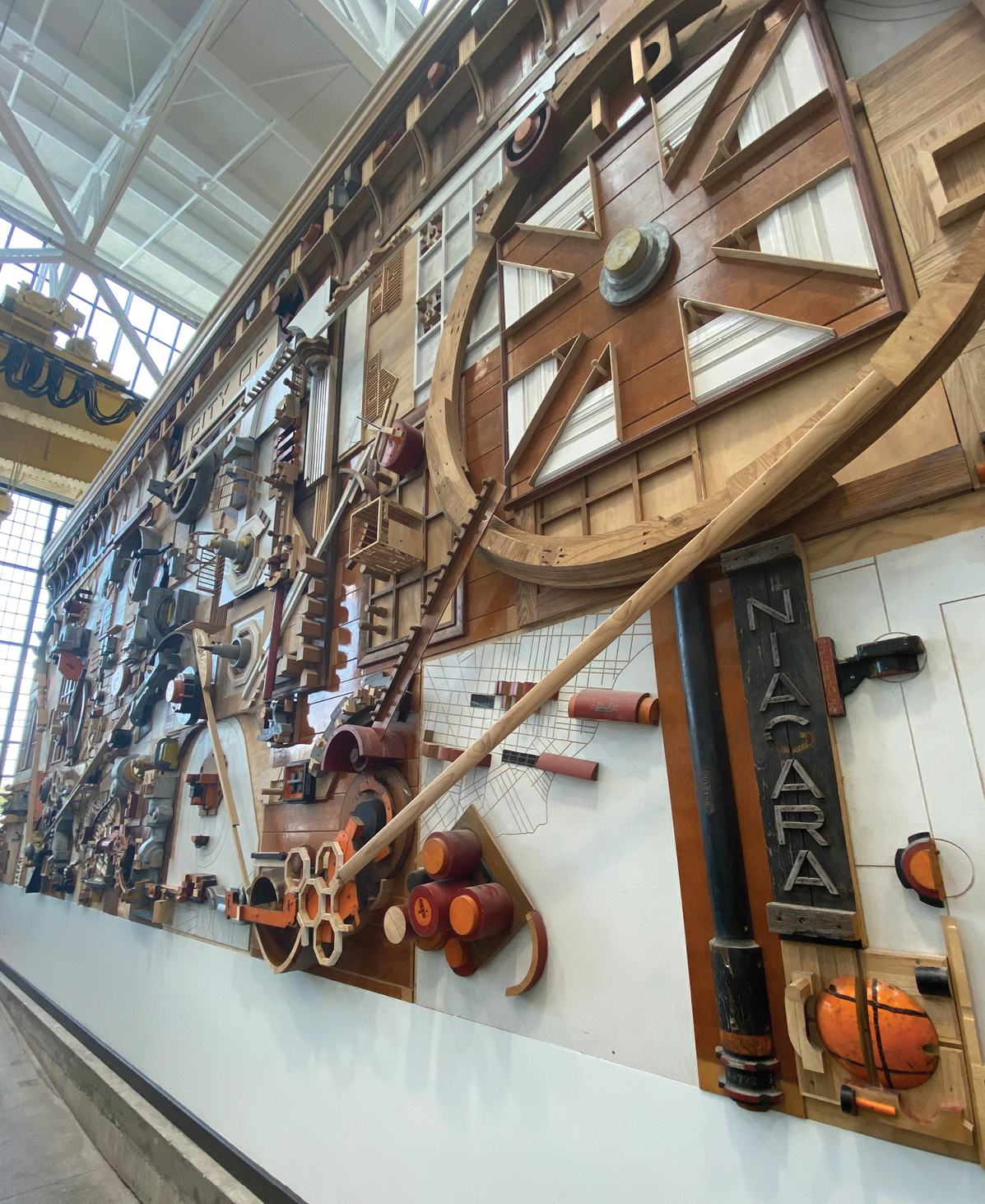 More than $1 million was invested in state-of-the art equipment to outfit the Center’s sunlit classrooms and labs, in which the vibe among learners and instructors alike is strikingly vibrant and collegial.

“That’s intentional,” says Tucker. “I’m huge on setting up an environment that establishes a positive culture and prioritizes students first.”

Discerning a need not initially planned for, the Center moved quickly to establish lending libraries for textbooks and tools, including such mundane but essential components as personal protective equipment, welding shields, gloves, goggles, earplugs, hammers and chisels. Carolyn Storms-Stoltman, director of Admissions & Financial Aid, secured grants to fund the collections and served as the libraries’ curator.

“A lot of the things that have ended up making Northland unique,” she says, “ended up being the things that we had to develop on the fly, because it turns out they were needed.”

Part of Something Bigger

The Workforce Training Center is the anchor component of the larger Northland Corridor Redevelopment Project, through which the historical manufacturing quarter, hit hard by the decline Rust Belt manufacturing, is absorbing fresh industrial and residential investment in concert with multiple, interwoven growth schemes. Buffalo Urban Development Corportion, the Center’s owner, is redeveloping multiple properties within the corridor in partnership with the state, city and the New York Power Authority.

A stream of well-trained workers from Northland was one the factors that persuaded angel investor Kevin Christner to purchase the abandoned, nearby home of the former Buffalo Foundry and Machine Company, an installation that cast armor for the military during the two World Wars and even made hinges for the Panama Canal. Encompassing 190,000 sq. ft. on 14 acres, the facility is “a unicorn,” Christner believes, “awaiting a unicorn tenant.”

The Northland Center sits but blocks away from Tops Friendly Market, scene of the racially motivated massacre of 10 Black residents in May of 2022, an act so heinous that it continues to reverberate throughout East Buffalo. As a symbol of hope and inclusion, Northland is playing a role in the community’s recovery.

“People understand,” says Tucker, “that we can’t keep sweeping these disparities under the rug. Within that environment, we’re in a place to really move forward. Buffalo,” he declares, “is a city on the move.”