Backers of a new online game initiative in South Carolina see the opportunity to alter young people’s career trajectories in life sciences and beyond. 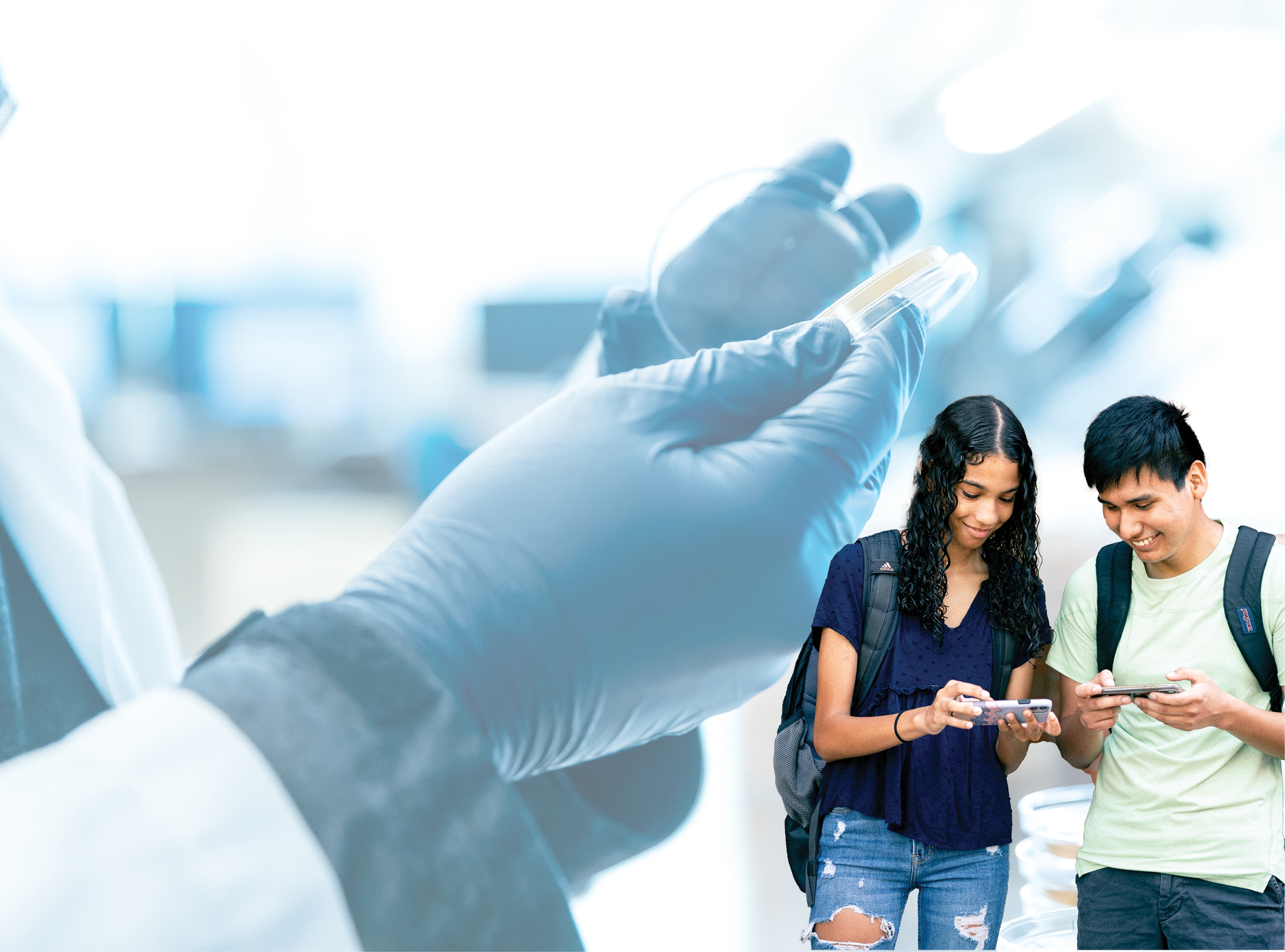 The industry is life sciences, the fastest-growing industry among South Carolina’s knowledge economy sectors, having grown by more than 42% since 2017. The organization is SCBIO, a statewide life sciences organization representing more than 1,000 organizations statewide employing more than 87,000 professionals across the sector’s entire range of disciplines. In early November 2022, it partnered with Skillionaire GamesTM — the business-to-consumer side of Greenville-based education technology firm skillsgapp — to announce the recent launch of Rad Lab, a mobile phone game that provides organizers with trackable geographic data and customizable incentives based on a player’s location, performance and proficiencies as they compete to gain ever-higher levels of skill in various STEM-based life science areas.

The game’s debut comes as a study of nearly 2,000 children supported by the National Institute on Drug Abuse (NIDA) and other entities of the National Institutes of Health in October 2022 revealed that those who reported playing video games for three hours per day or more performed better on cognitive skills tests involving impulse control and working memory compared to children who had never played video games. The study analyzed data from the ongoing Adolescent Brain Cognitive Development (ABCD) Study, which is tracking nearly 12,000 youth as they grow into young adults in part to “inform the development of interventions to enhance a young person’s life trajectory.”

Champions of the South Carolina game want to enhance life trajectories too.

The game was beta tested at Fisher Middle School in Greenville before rolling out at middle schools and high schools across the state this fall. Through career fairs and expos and STEM-oriented events, more than 25,000 students already have been reached in 14 counties, with more to come at events scheduled throughout the 2022-23 school year. In addition to the usual in-game badges, stars and avatars, prizes to be awarded include real-world items such as Apple Air pods, Nintendo Switches and tickets to venues around the state. There is no cost to download the app or to participate in any of the programs.

“I really enjoyed organizing atoms,” said one middle-schooler. “I would play this game instead of watching TikTok.” Another called it “pretty cool, because you get to experience being in a real lab.” Yet another said it was “cool to know different companies that were in South Carolina.” And one student liked “that the game gave me job and college recommendations after each level.”

That’s music to the ears of leaders at sponsors of the initiative such as Nephron Pharmaceuticals, the world’s largest blow-fill-seal (BFS) manufacturing company by total capacity that recently expanded its manufacturing footprint in West Columbia, South Carolina, and ships more than 1 billion doses of medication annually. Nephron’s workforce is 53% women, holding the majority of all advanced degrees at the company. Its average salary is above $50,000. CEO and Owner Lou Kennedy is chair of SCBIO.

“We are always growing, and that means we are always hiring,” she tells me. “An obstacle we can face, when it comes to recruitment, is that people think of manufacturing the way it was 10, 20 or 30 years ago, when, in fact, some of the coolest jobs there are include new manufacturing jobs at companies like ours, where automation and innovation go hand in hand. Rad Lab is a life-changing initiative for our gifted young people in South Carolina, especially the underserved, who represent our future workforce. Using Rad Lab, they don’t have to imagine themselves in one of the jobs of tomorrow — they can see themselves performing and growing in one of those jobs right before their eyes.”

Dr. Phinnize J. Fisher Middle School Principal Jeremie Smith says the game is a continuation of the sort of STEAM-based and STEM-based hands-on learning already taking place in classes where local industry or colleges will come in and connect in-school learning to real-world careers.

“What’s compelling about using Rad Lab with those activities is that students get to ‘try on’ different life science careers in the game,” he tells me. “Students can see how their STEM education plays out in the real world, including what they can make in salary if they continue down that path, and how and where to pursue corresponding post-secondary pathways.

“Play is the brain’s favorite form of learning, and students are six times more likely to learn through games, so we’ve always incorporated gamification into our curriculum,” Smith says. “Engagement increases which means learning outcomes do too. Given the uptick in virtual educational technology and apps post-pandemic, curriculum-friendly mobile gaming is something we’re seeing parents embrace for their kids as well. Videogaming remains one of the most popular classes we offer at Fisher so providing kids with added access to the gamification of the life sciences is a perfect complement.” 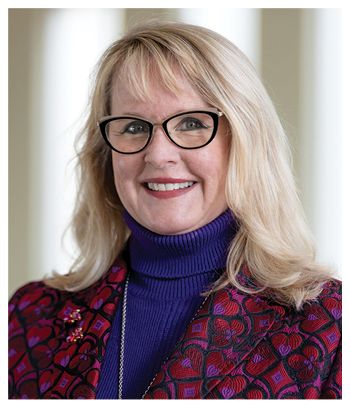 “In South Carolina, automotive and aerospace often dominate discussions, while the life sciences industry faces challenges with people understanding what it is, let alone what career opportunities exist in the sector,” says SCBIO EVP and COO Erin Ford. “Yet our industry is the fastest growing in our state, and developing awareness with students, teachers and parents is critical for its continued success. Being the first to offer this innovative approach to all youth in the Palmetto State, in urban and rural areas, is a legacy we’re thrilled to be a part of.” 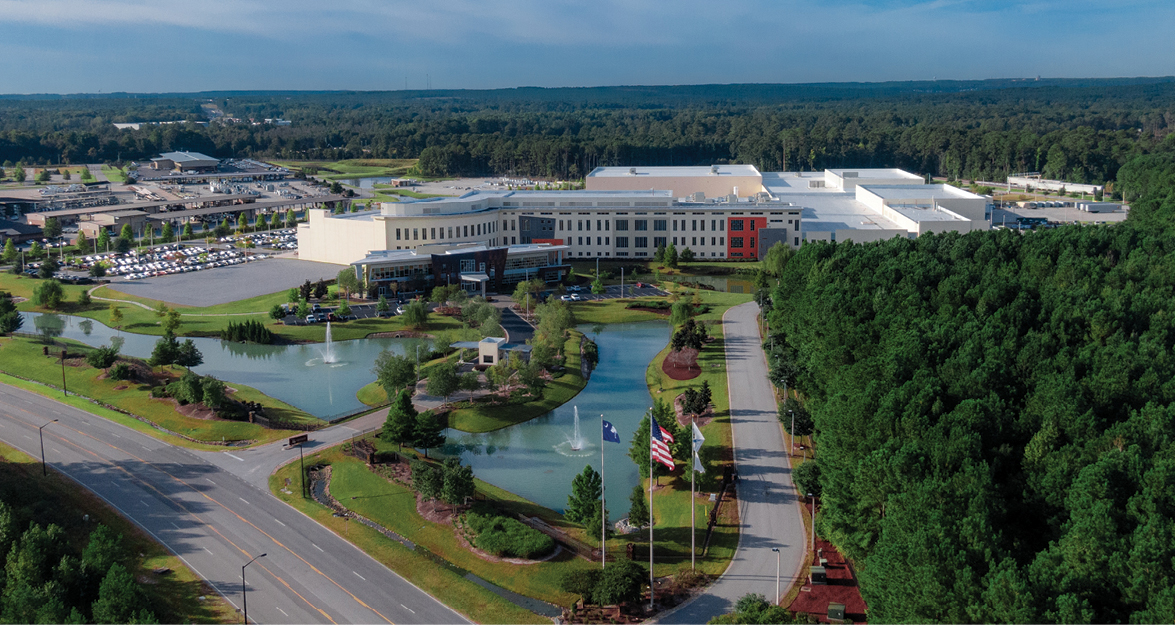 Nephron Pharmaceuticals CEO and Owner Lou Kennedy, chair of SCBIO, says Rad Lab enables students to “imagine themselves in one of the jobs of tomorrow,” including jobs at the company’s growing site in West Columbia, South Carolina.

Higher education leaders also recognize what a game can mean for the talent game.

“Clemson University is strategically partnering with industry, government and education institutions to improve the quality and relevance of a modern college education through internships, entrepreneurship opportunities and research,” says Cynthia Y. Young, founding dean of Clemson’s College of Science and a leader of partnership programs including a “3+2” partnership with HBCU South Carolina State University and new data science analytics and human genetics programs. “Leaders across the Clemson campus are developing digital learning tools to improve online and hybrid education programs and bringing more technology to support education at every level … As we tackle tomorrow’s grand challenges and prepare the next generation of scientists, thought leaders and innovators, it’s important that we reach and inspire ALL students. When we bring diverse life experiences together, we create even better solutions.”