Nevada and five other
sites are chosen for
UAV development work 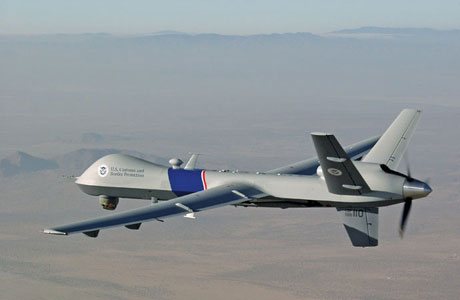 Silver State officials explain the significance of being a winning site; 25 proposals from 24 states were in competition.

he Federal Aviation Administration (FAA) announced Dec. 30th that Nevada has been selected as one of six locations to be a center for Unmanned Aerial Vehicle (UAV) development in the United States. As a UAV development site, the most likely economic forecast shows that there could be thousands of jobs for UAS direct employees with an average wage of approximately $62,000; an estimated $2.5 billion in economic impact in present dollars; and an estimated $125 million in annual state and local tax revenue.

“Being selected as one of six sites for UAV development in the country is a historic moment for Nevada,” Governor Brian Sandoval said. “With the climate and air space of Nevada, we are uniquely equipped to help expand the development of UAVs. We have also partnered with private industry and academia to establish the curriculum necessary to create the UAS civilian workforce of the future in Nevada. Our state has been preparing for this selection and we are ready to enter this new era of aviation history. I thank Senator Reid for his tireless work on this issue and the opportunity to work together on this momentous day for our state.“

The selection follows Nevada’s application, submitted to the FAA in May of 2013. Nevada’s application included the state as the direct applicant, and a 28 member team including the Nevada System of Higher Education, the Nevada National Guard, Bowhead Systems, Navigator Development and Drone America. Team members, who represented a cross-section of public and private partners, industry and academic leaders, within the northern and southern regions of the state, identified three Test Ranges and four test sites in the State’s Application. 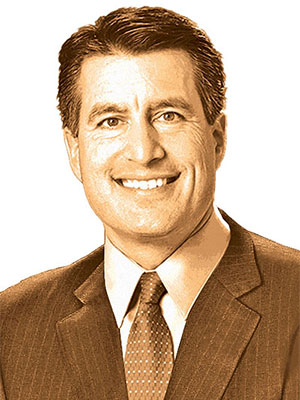 “This is wonderful news for Nevada that creates a huge opportunity for our economy,” said Senator Harry Reid. “Nevada has long been a leader in the UAS Industry, and no state makes a better candidate than ours. With this application approval, Nevada will continue to lead in new and innovative technologies of the 21st century, along with creating a large and profitable industry. I appreciate the work of all those involved and I look forward to working with Governor Sandoval to ensure a successful implementation of the award, and subsequent creation of the testing sites in Nevada.”

In 2012, Senator Reid led passage of the FAA Modernization and Reform Act of 2012, establishing the Federal Aviation Administration program to begin testing for the integration of Unmanned Aerial Vehicles--commonly referred to as drones--into the National Airspace System. Awarding Nevada the FAA test sites will have far reaching implications on the economy of Nevada. The range of jobs created includes, but is not limited to: teachers, machinists, aircraft mechanics, software developers, electrical engineers, and human resource professionals.

“The FAA designation of Nevada as a UAS Test Site is an incredible step forward for the State of Nevada,” said Steve Hill, Director of the Governor’s Office of Economic Development. “It allows us to establish a leadership role and be at the forefront of a new and important future industry. The job creation and economic impact will be significant - growing during the testing phase and expanding as Unmanned Aerial Systems (UAS) becomes a commercial industry. We look forward to working with the FAA and other Test Sites to develop an industry that is safe and secure while creating good jobs and providing the benefits that stem from commercial applications. I want to thank everyone who directly worked to make this a reality, and I also want to thank elected officials and communities throughout Nevada for their unwavering support.” 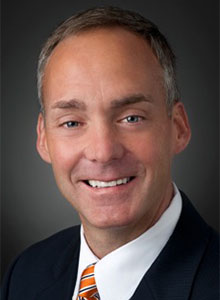 eff Hoagland, president & CEO of the Dayton Development Coalition – a contender for one of the six UAV R&D slots – issued the following statement in response to questions about the Dayton area’s prospects for future UAV development work, given its long history as an aerospace and defense industry cluster:

“The decision by the FAA to designate six sites for testing unmanned aircraft systems (UAS) does not in any way alter plans by the Dayton Development Coalition to aggressively pursue development of unmanned systems in Ohio. AUVSI, the unmanned systems industry group, projects that the expansion of UAS technology will create more than 100,000 jobs nationwide and generate more than $82 billion in economic impact in the first decade following the integration of UAS in the airspace system. The potential for creating new jobs in the Dayton region, State of Ohio, and Midwest is not diminished.

The strength of Ohio as an aerospace center is embodied in the research and acquisition powerhouse of Wright-Patterson Air Force Base, the capabilities of NASA Glenn Research Center, and the unrivaled infrastructure of aerospace manufacturers, suppliers, and experts in academia and industry throughout the state. These resources make Ohio a world leader and innovator in the aerospace industry. They are far more significant than any one UAS test program and offer far greater opportunities for job creation than a federal designation as a UAS range.

Moreover, the Coalition’s regional partners already have approval by the FAA to operate UAS in nearby airspace. The Coalition, working with Wright-Patterson and the Ohio/Indiana UAS Center and Test Complex, has been seeking to expand that authority to advance UAS research and technology development. For all of these reasons, designation as an FAA test site—though much desired—was never the cornerstone of the regional UAS strategy.

Until the FAA provides additional details on the selection process, speculation on the reasons behind the decision is unproductive. The region’s best hope for success is moving forward and working together toward a common goal based on the region’s strengths, opportunities, and vision.

The Coalition deeply appreciates the ongoing leadership and support for our state’s UAS vision from Governor Kasich, the members of Ohio’s Congressional delegation, the Ohio State General Assembly, the State of Indiana, and regional, state and local leaders. With that continued support, Ohio can take the lead in military, commercial and private unmanned systems technology, with significant economic development and job creation potential in the state.”