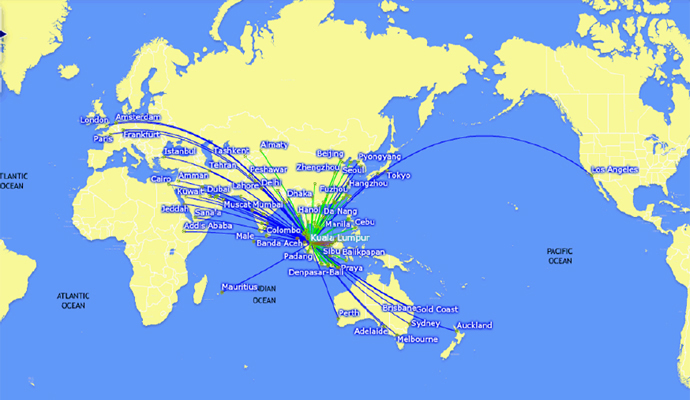 alaysia Airports hosted the recent Airport Cities 2014 conference in Kuala Lumpur, giving airport executives a platform for showcasing their efforts to transform their new or existing airports from passenger and air freight facilities into hubs of commerce and industry. China, India, Indonesia, the United Kingdom and South Africa were some of the markets represented at the Kuala Lumpur Convention Centre with presentations on new airport city and aerotropolis developments – or Aeropolis, in the case of the airport city taking shape at Malaysia’s Kuala Lumpur International Airport (KLIA), which opened in 1998 about 60 km. (37 miles) from the capital city center.

KLIA Aeropolis is being developed on 6,750 acres of land around the airport. The goal, according to Tan Sri Bashir Ahmad, managing director of Malaysia Airports, is to make KLIA much more than a key air transport hub for Malaysia and Southeast Asia, which it is now — in 2013, KLIA served 47 million passengers, making it the 20th busiest airport in the world. “Today,” he noted, “Malaysia Airports is afforded the responsibility to ensure that this highly lucrative location is optimized to maximize Malaysia’s unique position as a regional if not global leader of a leading shopping destination; a Muslim-friendly tourism destination, and thus by extension potentially the most family-friendly tourism destination; and a leading logistics hub and business hub.”

KLIA already has several components in place that will facilitate development of the Aeropolis, including (1) a land bank of more than 22,000 acres, 6,000 of which are already developed, and 6,750 acres slated for landside commercial development; (2) close proximity to such key developments as Putrajaya, Malaysia’s new government center, and Cyberjaya, geared to high-tech enterprises, among others; (3) an abundant workforce in the immediate vicinity of KLIA that will support new businesses; and (4) multimodal accessibility, including modern, eight-lane highways, and an express train to Kuala Lumpur’s transport hub at Sentral.

“We must provide total transport and digital connectivity.”

Additional assets include a strong travel and tourism market, healthy home-based carriers that benefit from low airport fees and airport management that understands the importance of competing with other regional airport entities, particularly Changi in Singapore, which is a mature aerotropolis in its own right, and Bangkok’s new Suvarnabhumi Airport, which markets itself as “The Hub of South East Asia.”

Malaysia Airports’ plans are bigger than KLIA Aeropolis. It aspires to be “the global leader in creating airport cities,” so KLIA Aeropolis will be an important yardstick of success. It manages 39 airports in Malaysia and also operates in India and Turkey. Malaysia Airports is a private-sector airport operator with the status of government-linked company on Malaysia’s stock market and a market cap of $3.3 billion at the end of March.

“Our strategy includes building successful partnerships with the airlines and all our stakeholders,” says Tan Sri Bashir Ahmad, “and we must provide total transport and digital connectivity. We must accelerate and diversify our non-aero base — we must find other sources of revenue and increase our revenue streams.”

KLIA Aeropolis development plans call for several components to take shape, including a 300-plus-acre cargo and logistics park, 100-plus acres dedicated to office suites and hostels, 200 or more acres for hospitality and MICE (meetings, incentives, convention & exhibition) space, a 500-plus-acre theme park and 300 or more acres of space for institutions. 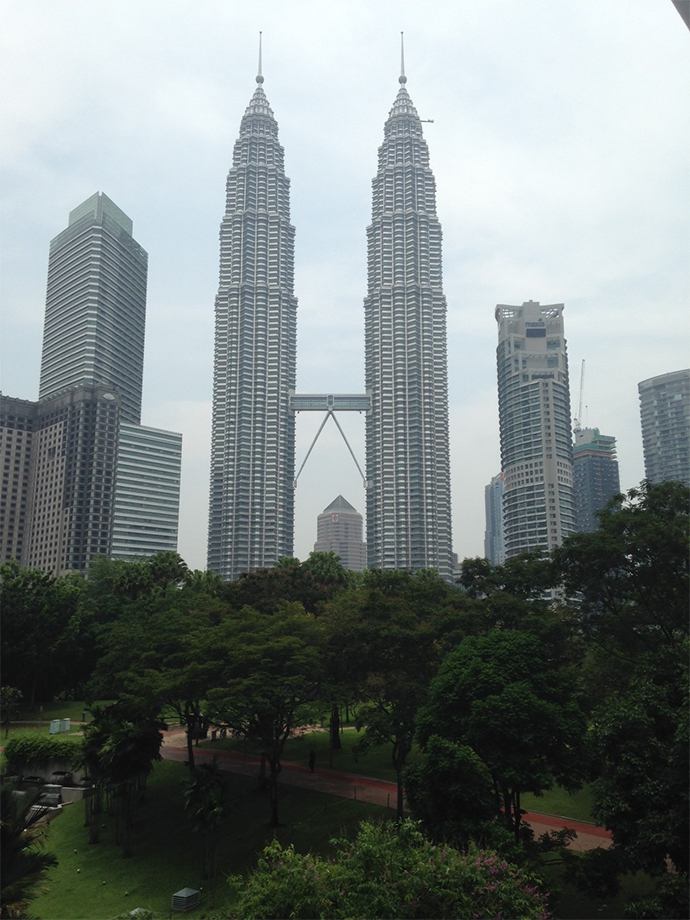