The agreement, announced in February 2014, will lead to the construction of a new Pratt & Whitney headquarters and keep jobs in Connecticut for years to come. A year later, Catherine Smith, Connecticut’s Commissioner of the Dept. of Economic and Community Development, reflects on the significance of that agreement to one of the state’s signature industries. 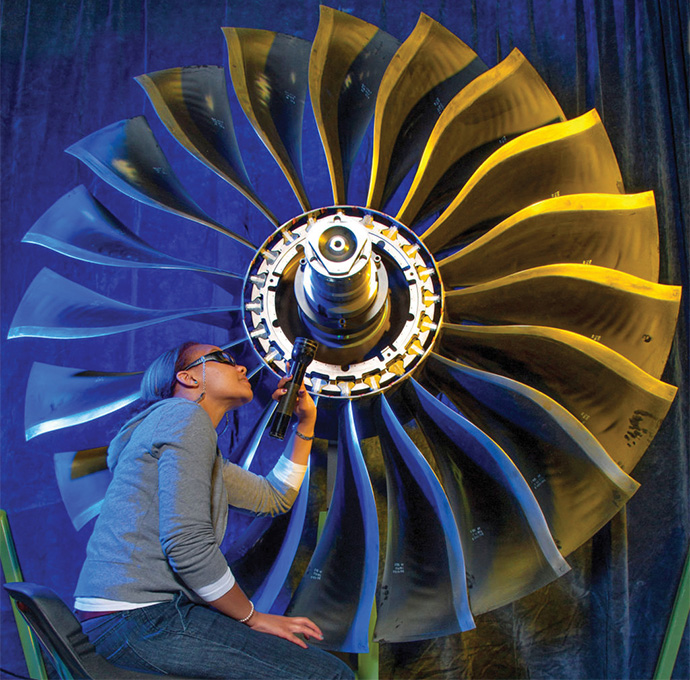 overnor Dannel P. Malloy and United Technologies then-Chairman & CEO Louis Chênevert announced an agreement in early 2014 under which UTC will invest up to $500 million to upgrade and expand its aerospace research, development and manufacturing facilities over the next five years. During the same time period, UTC expects to invest up to $4 billion in research and other capital expenditures in the state. The agreement is expected to have an impact on more than 75,000 jobs in the state, according to a release issued at the time by the governor’s office.

“Connecticut has long led the world when it comes to the aerospace industry. With the agreement we are announcing today, we will ensure that we remain a leader for years to come,” said Governor Malloy at the time the agreement was announced. “This is a once-in-a-generation opportunity, one that will make sure we are keeping and creating good-paying jobs with good benefits – not just in the UTC companies, but also in the hundreds of aerospace supply chain companies throughout the state and the region. UTC’s decision to invest now in new facilities in our state is a strong signal of their belief in Connecticut’s talented workforce, commitment to innovation, and determination to build a world-class business climate.”

Specifically, the company will:

Construction on the projects was expected to begin in 2014 and continue through 2018. This agreement ensures that Connecticut will remain the center of UTC’s aerospace research and development activities and the home of Pratt & Whitney’s and Sikorsky’s headquarters for years to come.

“United Technologies’ aerospace businesses, and in particular Pratt & Whitney and Sikorsky, have long and proud histories of innovation in Connecticut,” said Chênevert, who was succeeded in November 2014 by Gregory Hayes. “This agreement secures the future of aerospace in Connecticut. It will open a bright new chapter for our aerospace businesses, for our thousands of local suppliers and for the people of Connecticut. The investments announced today will enable UTC’s aerospace businesses to continue to perform cutting-edge research and development in Connecticut and will provide exciting new opportunities for top engineering and science graduates – including the best and brightest from our state’s colleges and universities.”

The agreement, which required legislation, does not require any borrowing or payments by the State of Connecticut, and is expected to create nearly 1,500 construction and other related jobs throughout the initial capital expansion.

The legislation allows exchange of approximately $20 million per year of previously earned but unused tax credits to finance the construction, up to a maximum of $400 million. The exchanged credits will be offset with tax reductions over a 14-year period, with the final amount based on the company’s level of jobs, wages and investments.

If UTC fails to meet any of its obligations under the agreement, the benefits to the company would be either significantly reduced or eliminated. The agreement further incentivizes UTC by allowing for more exchanges as the company adds jobs in Connecticut and makes additional capital investments.

“We allowed UTC to monetize tax credits they had on their balance sheet – tax credits that were building up faster than they could take advantage of them,” Connecticut Dept. of Economic and Community Development Commissioner Catherine Smith told The Site Selection Aerospace Report January 22nd. “In exchange for allowing them to monetize that over a much faster period of time, UTC has agreed to rapidly build a lot of new headquarters space in the state as well as remain in the state. We have a long-term commitment from them to be here. This is huge. The buildings alone will be about $400 million investment in the state.”

Smith says the deal “sent an incredibly positive signal to the supply chain companies. One of the reasons the ACM [Aerospace Components Manufacturers] consortium is so positive, in addition to the fact that Connecticut is home to a number of US subsidiaries of European companies, is because of the state’s relationship with Pratt & Whitney, Sikorsky – with UTC.”

Did the Commissioner’s office have reason to think UTC was contemplating leaving the state, or moving some aerospace operations elsewhere? “No,” says Smith. “This was not that kind of a retention deal. Actually, when the governor first came on board, this was one of the earliest conversations we had. We were aware there was this balance sheet issue for UTC, so we started courting them very early on. The governor spoke to the Chairman, I spoke to others, and eventually we found a way to make it happen. It’s a complicated deal, as you might imagine – it required legislation, but it became a win-win for everyone."

In fact, Commissioner Smith says she is aware of recent discussions indicating that Connecticut will likely “get the first shot at some important aerospace projects coming up, because it makes sense for UTC to put the jobs here, given this agreement. That’s exactly what we wanted. When they’re thinking about where to do the next piece of work, we want them to think about Connecticut.”