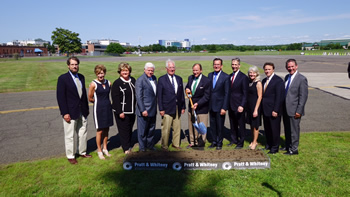 Pratt & Whitney, a United Technologies Corp. company, held a ceremonial groundbreaking in East Hartford, Conn., on July 16th for its new, state-of-the-art 425,000-sq.-ft. (38,480-sq.-m.) building that will serve as the company's global headquarters and world-class engineering facility. Construction work, which is supported in part by the 2014 Connecticut Aerospace Reinvestment Act, will begin later this year and is scheduled to be completed in late 2017. The ceremony was held exactly 86 years to the day that ground was broken for construction of the company's current East Hartford campus, which remains its global headquarters.

"Connecticut has been recognized as an aerospace manufacturing leader and today's announcement is another step toward solidifying that position," said Connecticut Gov. Dannel P. Malloy. "Pratt & Whitney's state-of-the-art facility will be a catalyst for attracting and retaining good paying jobs, continuing our economic progress and strengthening our manufacturing base." 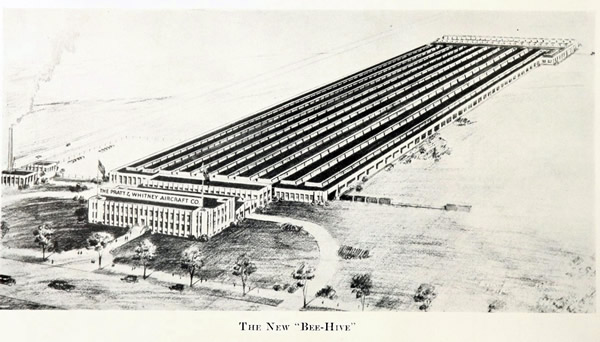 Airbus A330 Completion and Delivery Centre To Be built in Tianjin, China

Airbus and its Chinese partners, namely the Tianjin Free Trade Zone Investment Company Ltd. (TJFTZ) and the Aviation Industry Corporation of China (AVIC), have signed a framework agreement on setting up an A330 Completion and Delivery Centre (C&DC) in Tianjin, China. The agreement takes the partnership between Airbus and China a step forward following the successful establishment of an A320 Family Final Assembly Line and Delivery Center in the Chinese city.

“Building on our successful cooperation with China, highlighted by the A320 Family Final Assembly Line in Tianjin, our partnership keeps growing and expanding. The signature of this framework agreement on the A330 Completion and Delivery Centre will open a new chapter of strategic cooperation on wide-body aircraft with China. Together, we will develop new facilities and capabilities, and attract new suppliers and businesses in China,” said Fabrice Brégier, Airbus President and CEO.The A330 C&DC Tianjin will be located near the site of the Airbus A320 Family Final Assembly Line in Tianjin. The C&DC will cover the aircraft completion activities including reception, cabin installation, aircraft painting, engine run and flight test, as well as aircraft delivery and customer flight acceptance. 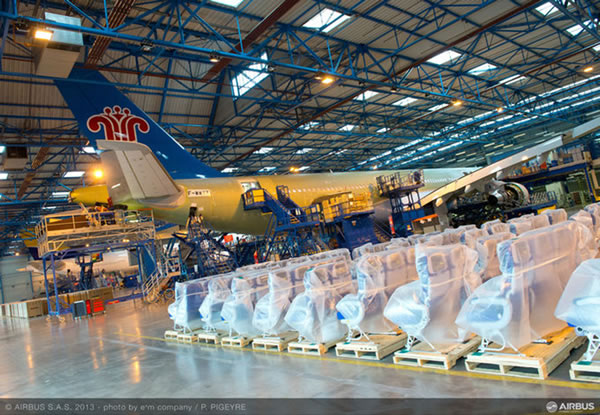 Precorp Inc., a provider of engineered cutting tool solutions for the aerospace and automotive industries, opened its new state-of-the-art manufacturing facility in Greer, South Carolina, on June 25th. The $17-million facility covering 60,000 sq. ft. (5,600 sq. m.) will serve as home to 106 employees. In the last year, Precorp has hired 40 additional employees. The company, which broke ground on the new facility last May, had originally pledged to invest approximately $15 million and create 29 new jobs.

“We are thrilled to open this new state-of-the-art facility, and to surpass our commitment for investment and employment additions to South Carolina even as we open these doors officially for the first time,” said Rich Garrick, President of Precorp Inc. “This marks the beginning of a new era for Precorp, and it was South Carolina’s attractiveness to the aerospace and automotive manufacturing industries led to the growth of our operations in Greer, and ultimately to this new facility. This state’s leadership in supporting advanced manufacturing and providing a superior workforce has expedited our growth already, and we appreciate the support of Greenville County, the South Carolina Department of Commerce, and all who helped make today’s grand opening possible.”

Precorp, part of Sandvik Coromant, a member of the Sandvik Machining Solutions Group within global industrial group Sandvik, provides engineered cutting tool solutions primarily for the automotive and aerospace industries. The new plant joins Precorp operations in Utah, Germany and Michigan. The custom-built facility more than doubled its prior space, and will allow the company to expand services to existing customers and greatly expand business development initiatives. 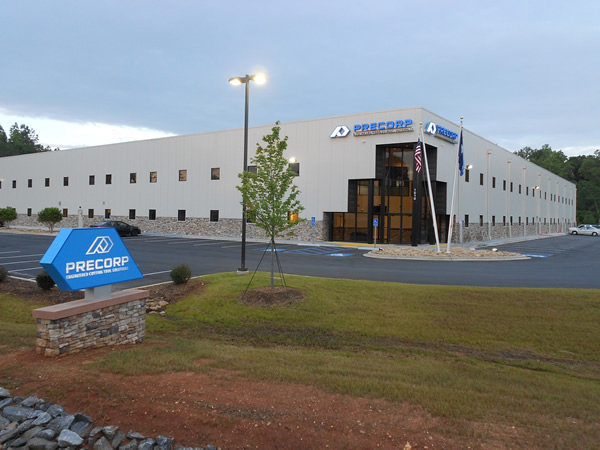 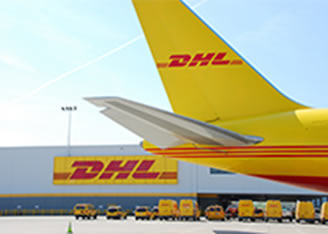 DHL announced May 28th it is investing $108 million to expand its Americas hub facility at the Cincinnati/Northern Kentucky airport (CVG) to meet the demands of continued growth in international e-commerce and global trade. The expansion will provide more gates to accommodate additional aircraft, warehouse space and new equipment to provide more capacity for sorting shipments as well as unloading and reloading planes.

“This multi-million dollar investment underscores the DHL commitment to the U.S. market and the integral role that our hub here plays in connecting the Cincinnati-Northern Kentucky region to our vast global network,” said Stephen Fenwick, CEO, DHL Express Americas. “The expansion and service enhancements from this investment will provide additional infrastructure and efficiency. This in turn will support the continued growth in international shipments that we’re seeing as well as add to the economic well-being of this region.”

DHL received approval from the Kentucky Economic Development Finance Authority for a sales and use tax credit on construction costs, building fixtures, electronic processing equipment as well as equipment used in research and development. The state of Kentucky provides the tax incentives to encourage companies to invest and expand their operations in the state.

With this new investment, DHL will have invested $280 million in the CVG hub since establishing its U.S. international operations center at the Cincinnati / Northern Kentucky airport in 2009. Staffing has also grown, from 1,600 in late 2009 to approximately 2,000 currently.

In March, DHL expanded its operations in Houston, Texas, with the opening of a new Service Center facility. The $2.5-million investment was primarily driven by heavy demand and international shipment growth from the region’s booming oil and gas sector. The 28,000-sq.-ft (2,600-sq.-m.) facility can process more than 2,500 shipments per hour, and sits due west of the central business district, serving Houston and surrounding areas for pick-up, delivery and sorting operations of international shipments.

The center will nearly double the local facility capacity for DHL Express in Houston, resulting in earlier delivery times and later drop off cut-off times for international importers and exporters. With an increase in activity linked to the oil and gas industries, DHL Express has seen an uptick in emergency shipping of machinery parts and replacement tools.

In January, DHL Global Forwarding, the air and ocean freight specialist within Deutsche Post DHL, held a ribbon-cutting ceremony to mark completion of its new, $35-million facility in Chicago, Ill. The three-story building has 491,000 sq. ft. (45,600 sq. m.) of office and warehouse space, making it the largest freestanding DHL Global Forwarding building in its worldwide network. It is strategically located in the Chicago O’Hare International Airport’s cargo zone and is DHL Global Forwarding’s largest air export gateway. The building took one year to build and will house 500 employees.

Boeing officially opened its new research and technology center in Alabama in June. The facility will serve as the company's hub for collaborative technology development with academic institutions and research partners in analytics and simulation in the Southeast United States.

Local government leaders and Boeing Chief Technology Officer and Senior Vice President of Engineering, Operations & Technology John Tracy joined employees to open the facility's 80,000 square feet (7,400 sq. m.) of laboratories and offices that are devoted to the creation and development of technologies for use in current and future Boeing products.

"The next 100 years of innovation starts here," said Steve Swaine, leader of the Boeing Research & Technology-Alabama (BR&T-Alabama) research center. "We've brought together a team made up of the best and brightest in data analytics, advanced engineering and many other disciplines to help Boeing create, develop, produce and support the best aerospace products in the world."

BR&T is the company's advanced and central research and development organization, providing technologies that enable the development of future aerospace solutions while improving the cycle time, cost, quality and performance of existing Boeing products and services. The company's research and technology development is conducted at 11 Boeing research centers in Australia, Brazil, China, Europe, India, Russia and the United States, including Alabama, California, Missouri, South Carolina and Washington.

A public-private partnership in Ohio’s Columbus Region will develop a 100,000-sq.-ft. (9,300-sq.-m.) air cargo terminal in a prime airside location at Rickenbacker International Airport, one of the world’s few cargo-dedicated airports. Likewise, a new air traffic control tower also is under construction. The new air cargo facility, which is expected to be ready for occupancy by mid-2016, will be built on land that the Columbus Regional Airport Authority will lease to Distribution Land Corp. (DLC), a subsidiary of Mast Global. DLC will construct the facility and lease the space to companies that can benefit from this strategic location that allows for the expedited transfer of cargo between airplanes and trucks. The State of Ohio, JobsOhio and City of Columbus will join DLC and the Airport Authority in funding construction of the new cargo terminal and related airport infrastructure. State funding, critical to the project, is dependent upon Controlling Board approval.

Meanwhile, the Franklin County Board of Commissioners is assisting the Airport Authority with financing construction of a fully modernized air traffic control tower, which will replace the outdated 1950s facility. The new control tower is expected to be operational in early 2016.

“By leveraging the resources of the community, we share the risks and benefits to continue growing the nearly $3 billion in annual economic impact created by the Rickenbacker Inland Port,” said Susan Tomasky, Board Chair of the Columbus Regional Airport Authority. The Airport Authority operates Rickenbacker International Airport and will contribute over $9 million to the projects. With scheduled international service by Cathay Pacific, Cargolux and Emirates airlines, the airport has experienced phenomenal growth over the last several years, including a 40 percent increase in cargo year-to-date. Industrial development is also booming, including recent new distribution centers for BASF, AmericanShowa and others, which contribute to over 60 million sq. ft. (5.6 million sq. m.) of warehouse and distribution space in the area.