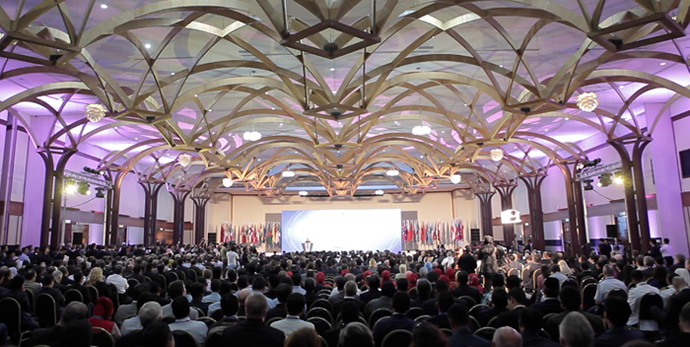 alaysia has an active and growing aerospace industry, a fact it got to showcase at the Langkawi International Maritime and Aerospace (LIMA) Exhibition 2015 earlier this month on Langkawi island, off Malaysia’s northwest coast. The Malaysian Investment Development Authority’s (MIDA) hosted a Forum on the Aerospace Industry at the Exhibition officiated by YB Dato’ Sri Mustapa Mohamed, Minister of International Trade & Industry (MITI). The event was also graced by YB. Dato’ Lee Chee Leong, Deputy Minister of MITI and Dato’ Azman Mahmud, Chief Executive Officer of MIDA.

The half-day Forum, attended by 150 participants, was part of the on-going engagement of MITI/MIDA to promote investment in the aerospace industry, with the objective to explore potential collaborations that will further develop and strengthen the supply chain of the industry as well as increase talent development. It featured two sessions, “Collaborations and Supply Chain Development in the Aerospace Industry”, and the “Talent Development for Aerospace Industry – Opportunities in Industry Academia”.

He added, “We are proud that many of our Malaysian companies are already involved in the global supply chain and fully capable at meeting the stringent demands of OEMs. Nevertheless, we will need to further strengthen our local players’ capabilities to support the industry’s growth. There must be a strong will and commitment on the part of local companies to continuously expand their capacity and increase their capability.”

From 2009-2014, Malaysia’s aerospace industry attracted 41 projects with accumulative investments of RM5.3 billion (US$1.4 billion), 19 of which are projects involved in maintenance, repair and overhaul (MRO) activities. In 2014, a total of seven aerospace projects worth RM682 million ($186 million) was approved by MIDA, 27 percent of which came from foreign sources. Prominent foreign companies that have made substantial investments in Malaysia include GE Engine Services Malaysia, Honeywell Aerospace Services, Hamilton Sundstrand, Spirit AeroSystems, Airfoil Services, AAR Landing Gear Services and Messier-Bugatti-Dowty.

“The Asia Pacific region is set to become the world’s largest air travel market,” YB Dato’ Sri Mustapa reminded Forum attendees. “Boeing predicted that Asia Pacific will need almost 13,000 new planes, worth $1.9 trillion, over the next decade. During this period, the region would account for 36 percent of global deliveries of passenger and freight planes. This will create new demands for MRO services, and opportunities for the aerospace supply chain such as engineering, electronics, composite materials as well as manufacturing and systems integration. Based on this development, more talent programs are needed to ensure a continuous supply of competent workforce. The Government is fully cognizant of this concern. We have taken steps to address the issue, such as by bridging the gap between the curriculum of academic institutions and the needs of the industry.”

One example is the establishment of the Asia Aerospace City (AAC), announced in March 2014 and led by M-AeroTech Sdn Bhd. The AAC targets a direct GNI contribution of RM1.1 billion ($300 million) and RM1.16 billion ($316 million) in investments, which would lead to the creation of 3,368 highly skilled jobs by 2020. (See next story.) “The AAC’s main purpose is to provide sustainable, industry-ready human capital solutions through collaboration with OEMs and industry-led academic institutions in the professional development programs,” said the Minister.