"Little Rock is a Center of Excellence for Dassault and a facility that has long been at the forefront of aviation technology," said Dassault Aviation Chairman and CEO Eric Trappier. "Here we combine the most advanced digital completion techniques - which Dassault pioneered - with a level of hand craftsmanship unrivaled in business aviation. This is where the distinct personality of each Falcon comes to life." 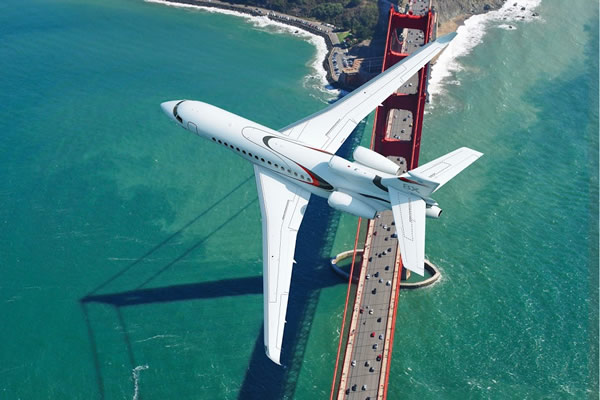 Lockheed Martin celebrated the opening of its cruise missile annex on August 12th with a ribbon cutting ceremony at its Pike County Operations facility in Troy, Alabama. Customers, state officials and community leaders joined employees in opening the annex, which will support an increase in U.S. and international orders.

“The completion of the cruise missile annex represents the first fruits of Lockheed Martin’s partnership with Alabama to promote long-term growth in Pike County,” said Site Director David Anderson. “So far in 2015, we have hired over 75 employees to fill high-tech positions at our Pike County facility, 20 of whom support cruise missile final assembly. This growth is a result of new business our state partners helped us bring to Alabama.”

North State Aviation will open an aircraft maintenance center at the North Carolina Global TransPark in Lenoir County, creating 109 new jobs over the next two years. The company will invest $900,000 over the same period. Incorporated in 2010, North State Aviation has grown from a Winston-Salem start-up to a company that currently employs more than 400 people. Specializing in the maintenance, repair and overhaul of large transport aircraft, North State Aviation is now the largest tenant at Smith Reynolds Airport in Winston-Salem. Its new facility at the North Carolina Global TransPark will employ 109 workers. Newly created positions will include mechanics, inspectors and back-shop utility workers, among other jobs.

Kansas Gov. Sam Brownback joined Figeac-Aéro Vice President Hocine Benaoum in Wichita on October 23rd to celebrate the company’s ceremonial ground breaking for its new North American headquarters and expansion of its manufacturing facility. The company, headquartered in France, specializes in supplying parts to international aerospace customers such as Airbus, Bombardier, Triumph, Gulfstream, Embraer and Spirit. As part of its expansion, Figeac-Aéro plans to invest more than $20 million to expand its manufacturing facility located at 9313 39th Street by 70,000 square feet (6,500 sq. m.) and add a new 68,000-square-foot (6,300 sq. m.) building adjacent to that site. The company also anticipates creating 200 new jobs during the next five years.

Boeing opened its new research and technology center in St. Louis on October 20th. The facility will serve as the company's regional hub for collaborative technology development with academic institutions and research partners in systems technology. With more than 180,000 square-feet (16,700 sq. m.) devoted to the creation and development of technologies for use in current and future Boeing products, the Boeing Research & Technology-Missouri (BR&T-Missouri) research center has grown significantly since it was first announced in 2013.

"We're building a deeply talented workforce here that will make important contributions to future products," said Nancy Pendleton, leader of the BR&T-Missouri research center. "The new BR&T-Missouri research center allows access to and development of cutting-edge technologies across a broad spectrum of research areas, which will help launch the next hundred years of innovation."

New labs and capabilities in Missouri include the Non-Destructive Test Lab, the Human Systems Integration Center, a Polymer Synthesis Lab, and the soon-to-be-built Collaborative Autonomous Systems Lab. More than 700 engineers, technicians and staff at BR&T-Missouri will develop a variety of other technologies that include systems, digital aviation and support technology, rate-independent production and next generation materials.

BR&T-Missouri rounds out the company's 10 other research centers around the world in Australia, Brazil, China, Europe, India, Russia and the United States, including Alabama, California, South Carolina and Washington.

Ascent Aerospace has added 42,000 square feet (3,900 sq. m.) of office and manufacturing space in Macomb Township, Mich., which will be the US base of operations for Ascent’s integration business, dedicated to designing and managing the production of turnkey assembly lines for aerostructures. The new site will support an expanding team and will allow co-location of the program management, systems engineering, aftermarket support and global supply chain resources required to seamlessly produce world-class, integrated assembly systems. Manufacturing space will be shared with an adjacent Ascent facility, Global Tooling Systems, for a combined 200,000 square feet (18,580 sq. m.).

“All of our businesses work in close cooperation to engineer the structures, automation and assembly lines utilized by today’s leading aerospace manufacturers,” noted Ray Kauffmann, Vice President of Ascent Integration – US Operations. “We see significant growth in every part of the business, and the new facility makes way for our combined potential.”