Remote Work In The Natural State 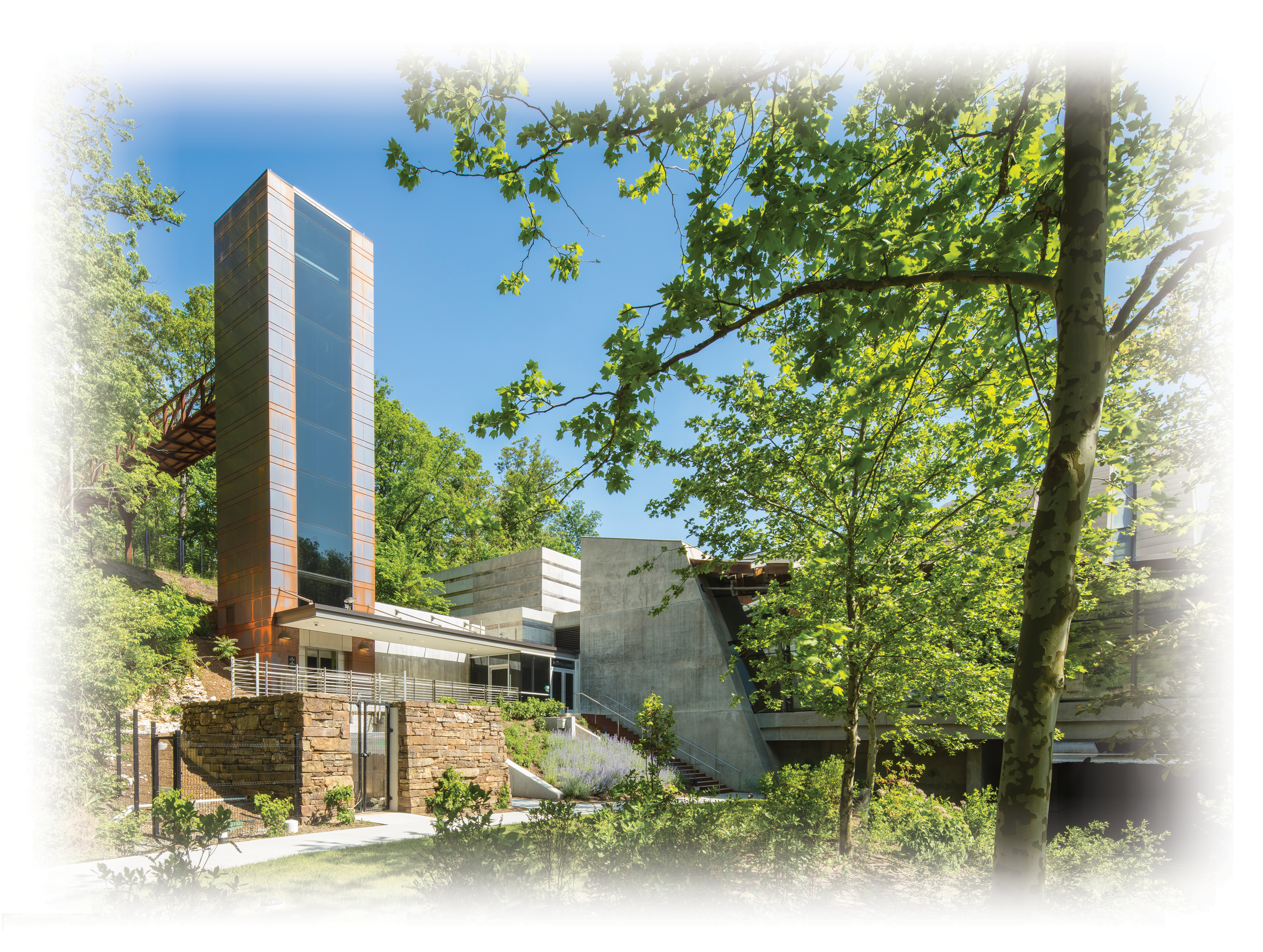 The exterior of the Crystal Bridges Museum of American Art, where Libin’s distributed team will sometimes convene for meetings amongst the art and nature of the building.
Photo courtesy Crystal Bridges
by Anna Rueter
A

ll Turtles is a completely distributed company. This means that even though the company is registered in Little Rock, and the CEO Phil Libin lives in Bentonville and so do a few employees, there is no designated office. In fact, there are no designated hours.

All Turtles is an international, completely online-run product studio, and the fifth company the CEO and Founder Phil Libin has started. Libin rose to tech prominence with the success of his then-startup Evernote, which is now used in all walks of life: engineers, businesspeople, writers, cooks and students worldwide. Though 10 years too early, Evernote could have been one of All Turtles’ current endeavors, since the company takes on a majority of workplace and health-related products and startups.

When I asked Libin if there’s a focus to All Turtles’ products, he paused. “What we’re really trying to do is build things for this out-of-office world,” he says. “You don’t have to make a lot of sacrifices in your personal life so that you can have a career. You can have a great career and you can live wherever you want to live. You’re going to have time for your kids and your health.”

The hypothesis of All Turtles builds off the notion that the success of these products comes from the success of their forebearers, and these products will further support the next generation of innovation. The company name is derived from a Hindu creation myth, one where the earth rests on the back of an elephant, who stands on a never-ending teetering tower of turtles.

The mission and operation of All Turtles has shifted into a bigger picture than one singular product or app, and the company now has around nine active products it’s working on with double that number having launched already. Their reach ranges from a remote work platform to aid refugees called Sora Union, to their skyrocketing fertility benefits company, Carrot.

Phil himself came to Arkansas from San Francisco during the early whirlwinds of the pandemic in 2020. Living in Arkansas wasn’t the plan, but he simply didn’t want to leave. After months of renting Airbnb’s, he decided to make Arkansas his landing ground and is now building his own home. All Turtles was previously registered in San Francisco, but now is registered to Little Rock and all of the paperwork forwards to Libin in Bentonville. Sometime soon the company will formally make Bentonville its home.

The city, well known for its technical innovation throughout the region, frequently attracts its share of spicy startups and burgeoning tech talent — both from in state and beyond. In November 2020, the Northwest Arkansas Council launched an incentive program to attract remote tech talent to the region. Recipients were awarded $10,000 and the option of a mountain or road bike, both popular sports in the area. The program is still ongoing, and the last report showed over 66,000 international applicants and 100 recipients. Nearly 100 more spouses, partners and children followed. Applicants didn’t need to work for an Arkansas company to apply, although the traffic certainly boosts Arkansas business.

In a region with lower-than-average housing costs, but higher-than-average earnings, remote work is an attractive getaway from cities that would be called stressful on a good day. Northwest Arkansas Council hosts its own online cost-of-living calculator, where one (if they dare feel envious) can input their salary and location to compare it to Northwest Arkansas. It’s no surprise that with a 116% lower cost of living than San Francisco, Libin would have chosen to move to Bentonville, where every dollar has over two times the buying power.

All Turtles’ distributed model is foreign and exciting to me. Among other practices, the company gives its workers an extra $800 per month to devote to improving their working conditions. This could be expanding a home office, paying for a membership to a club, or buying a nicer desk. The goal is to make people the most productive and let them choose the mode themselves. The budget for this stipend came from dropping the San Francisco office, so money isn’t being lost on the endeavor to improve. The cost of rent, utilities, food and security came out to about $800 per worker, which was just distributed back to them.

Throughout our discussion, Libin reinforced the distinction that even though the company is distributed, it doesn’t mean they never meet. All Turtles currently rents an office in Bentonville since multiple workers live in Arkansas, and people meet every week. Libin also plans meetings and events at local haunts nearby.

One of the places he frequents, and takes his team, is the Crystal Bridges Museum of Art. I tell him I didn’t even know the museum was used by remote workers, and he laughs. “I mean, I don’t know if other people are doing that, but they should be,” he says. Sometimes he works there privately, and other times his team will rent out a conference room. “It sort of raises an interesting question, which is ‘why isn’t everyone working from a museum?’ It’s just nice, especially if you’re doing creative work. Of course, you should be doing [creative work] surrounded by art and nature.”

He also talks about holding multi-day summits at cabins by Beaver Lake or going to Eureka Springs. Libin doesn’t want to watch over his employees’ every move and doesn’t require a strict 40-hour-per week schedule. Employees work asynchronously on schedules that make them the most impactful, and don’t waste time with what Libin described as “sitting in a room showing each other slides” when they get together to meet. “Whenever we’re in person, we go to places that are actually beautiful and inspirational that are conducive to the kind of work we’re trying to accomplish. Arkansas is full of great places like this.”

But the decision of taking to the great outdoors in Northwest Arkansas isn’t just an idyllic or New Age-style remote-work practice; it serves the company’s productivity and impact. “Everyone loves it. The reaction is always very positive,” Libin says. “But I think more importantly, the results are good. I think we’re being very creative and we’re accomplishing a lot. It’s nice that people like it, but more important is that it’s effective.”