Hundreds of companies flocked to the UP.Summit for the chance to win over big investors.

Courtesy of AEDC
by Anna Reuter
I

n June 2022 the mid-century lobby of the North Tower at Crystal Bridges Museum in Bentonville exhibited something entirely different than its usual order of artists. Instead, the town tucked into the northwest corner of the state hosted UP.Summit, an elite conference for the most innovative companies in mobility.

Underneath the sunlit wooden rafters the CEO of Zipline, Keller Rinaudo, describes how company drones delivered blood to hospitals in Ghana and Rwanda. Later, CEO of Alaska Airlines Ben Minicucci paces the stage while he talks about the airline’s path to zero emissions. All of this falls into the summit thesis: transforming the moving world by helping move people and goods cleaner, faster, safer, and at a lower cost on the ground, in the air, sea and space.

The summit had 250 attendees by invite only, and saw the likes of Walmart, J.B. Hunt, Ford and Canoo. Several companies had the chance to show off new products at the summit’s community day at Thaden Field, from new electric trucks, to what was a first-class airshow with ZeroAvia, Boeing, Volocopter, Airbus and Beta Technologies. The potential next moon rover made a celebrity appearance.

However exciting and glamorous, the summit is more than an Arkansan South by Southwest, although there was live music too. In 2019 UP.Summit saw more than $500 million of direct investment by attendees into companies that presented. In 2022 the event represented over $1 trillion in assets under management. It’s a coveted and lucrative opportunity that landed in Bentonville as a result of a friendship between Steuart Walton of Walmart and Cyrus Sigari, co-founder of UP Partners, the early-stage venture capital firm that hosts the summit each year. Sigari is the co-founder of jetAVIVA, board member of Walton founded Game Composites, and recently the appointed chairman of the Arkansas Future Mobility Council created in early 2022. 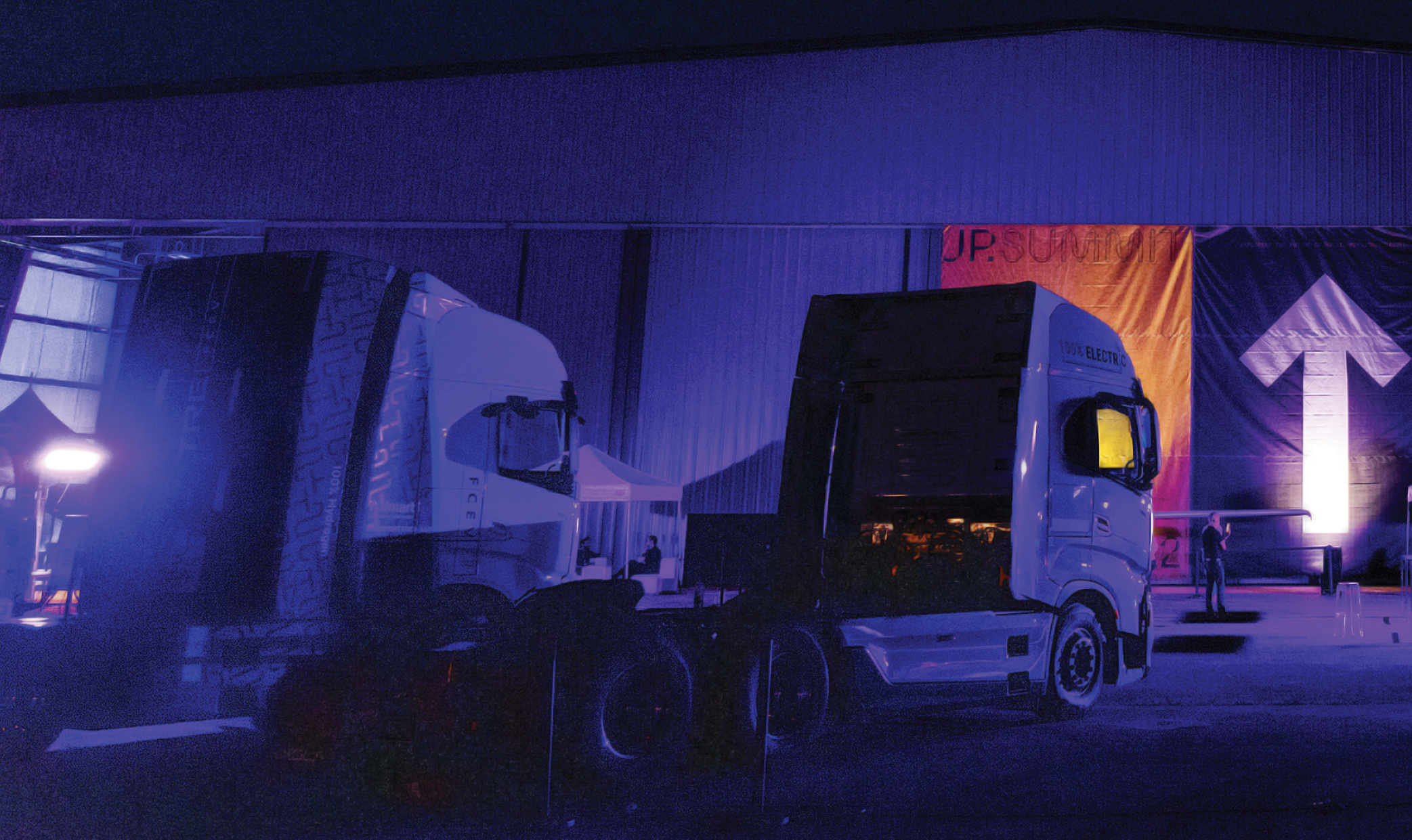 He’s based in California but finds Arkansas unique because of the entrepreneurial culture. He enthusiastically talks about Sam Walton flying around in his personal plane to scout for store locations and commends Walmart’s everlasting corporate fleet that sees use daily. He was inspired by the cooperation he knew through stories about the Walton, Hunt, and Tyson families working together, and by his own experience with Gov. Hutchinson and the plethora of companies in the area.

One of the goals of UP.Summit was to gather members of every facet of smart mobility together to brainstorm. “When you talk about mobility, it’s one of the few industries that requires every major constituent in society to be involved,” says Sigari. Policymakers, investors, corporates, academics, storytellers, “When you put them all together in a room, what are the opportunities? What are the risks? What are the realities?”

Two Sides of The Same Coin

There are two approaches to the necessity of future mobility. The head is the technological innovation: flying cars, drone delivery, air taxis, driverless vehicles. The tail: infrastructure.

Dr. Heather Nachtmann is the director of the Maritime Transportation Research and Education Center and the Mack-Blackwell Transportation Center at the University of Arkansas and is a professor of industrial engineering. She was appointed to the Future Mobility Council alongside Sigari and will lead the campus effort for smart mobility. The school was awarded $412,000 from the Walton Foundation in July to research smart mobility AI, and next-generation vehicles amongst other topics. She serves as a waypoint between the council and university research and workforce efforts. 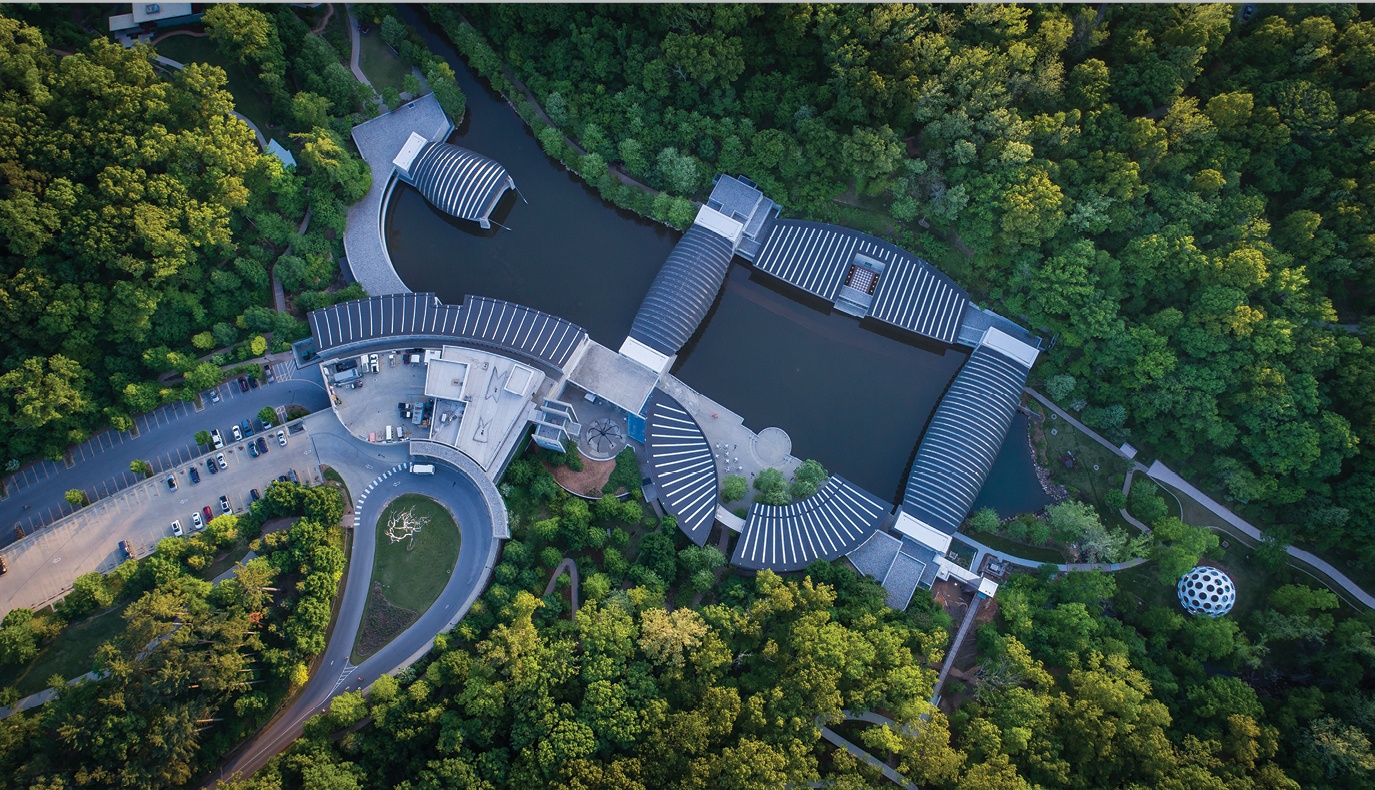 The Crystal Bridges Museum of American Art, where the UP.Summit was held in June 2022.

“While the Council and the University have a shared goal to advance the future of mobility to benefit the State of Arkansas, the Council has a broader focus,” says Dr. Nachtmann. “For example, the Council has infrastructure and policy subcommittees who are addressing public sector challenges such as funding smart infrastructure and developing policy to enable technological advances to be implemented into practice.” She goes on to point out the government will typically handle smart mobility infrastructure, although the university and council share focus when it comes to education and workforce development.

The history and infrastructure of Arkansas is the understated hero of the industry, the reason why wall-breaking companies are in The Natural State, and not Silicon Valley. Pioneering smart mobility was never not an option since supply chain and logistics solutions technology have been integral to the state’s success with Fortune 500 companies like Walmart, Tyson, and J.B. Hunt — all smart logistics giants.

While northwest Arkansas is the nucleus of this movement, the surrounding states help form the strength of the cell, with FedEx based in Memphis on the eastern border, and the smart mobility initiatives of Tulsa, Oklahoma, to the west.

In August of 2022, Arkansas Gov. Asa Hutchinson and Oklahoma Gov. Kevin Stitt announced a state partnership in advanced mobility. The collaboration is intended to support the growth of advanced manufacturing industries including drones, electric and autonomous vehicles, transportation and logistics solutions through attracting new companies and supporting local startups, as well as providing the means for testing grounds. The revitalized efforts are estimated to support the creation of up to 55,000 new jobs in an industry that typically has 50% higher earnings than other sectors in Arkansas.

“I think there’s a balance there. You go after these big, hairy, audacious goals of getting big factories launched in the region with economic development support… But also create an ecosystem around smaller entrepreneurial companies that are building up from scratch.” Sigari says a Tesla-scale relocation is once in a generation, and not the goal of the Oklahoma partnership. Arkansas is focused on cutting taxes, promoting STEM education early on, and developing the workforce through intentional steps by the university system so businesses look to the state as their ground zero.