Visions of the future build on California’s formidable aerospace past. 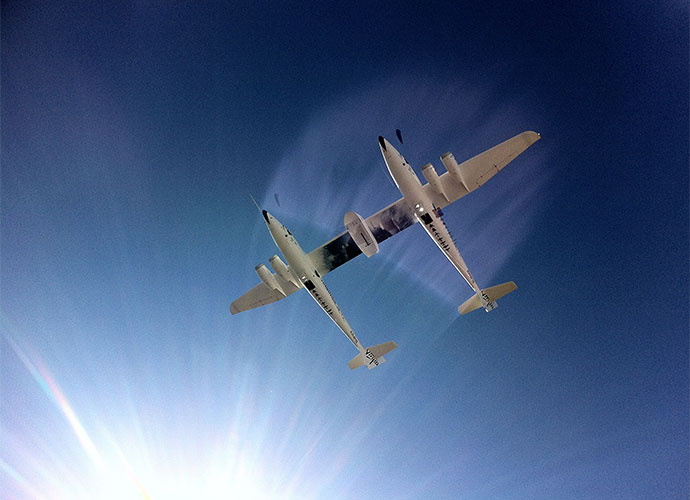 Douglas, Ryan, Hughes, Lockheed, Northrop, Boeing, Virgin, SpaceX … these and other globally revered names in aerospace and defense have California roots. And despite a pronounced fall-off in defense budgets as well as a national industry consolidation that hit the state harder than most, many of them have California futures too.

Among other assets, the state is home to two of the country's 10 space launch complexes, including the government's operation at Vandenberg Air Force Base in central California, as well as the California Spaceport at Vandenberg (where SpaceX has operations) and the Mojave Air & Space Port, where more than 60 companies are located, and where Virgin Galactic's SpaceShipTwo in August 2014 completed its latest test flight. More than 700 people have paid up to $250,000 each to take suborbital space flights on the aircraft, and Sir Richard Branson may be the first to go up in the aircraft by the end of 2014.

The spaceship and the carrier craft, dubbed WhiteKnightTwo, have both been developed for Virgin Galactic's vehicle fleet by Mojave-based Scaled Composites. Founded by Burt Rutan, Scaled developed SpaceShipOne, which in 2004 claimed the $10-million Ansari X Prize as the world's first privately developed manned spacecraft. Virgin Galactic's new reusable vehicles, which will be manufactured by The Spaceship Company (TSC) in Mojave, share much of the same basic design, but are being built to carry six customers, or the equivalent scientific research payload, to space. As of summer 2014, TSC, the space manufacturing venture owned by Branson's Virgin Group and Abu Dhabi's aabar Investments PJS, had grown to over 250 employees. TSC's Mojave, California operations extend over 175,000 sq. ft., encompassing state of the art composite fabrication, system integration, final assembly and testing facilities. 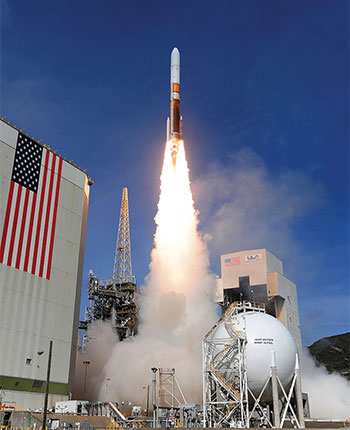 The military presence in California, even after BRAC-driven conversions, still exerts economic muscle. Vandenberg Air Force Base, for example, headquarters for the 30th Space Wing and also home to a launch operation from SpaceX, manages Department of Defense space and missile testing, and placing satellites into polar orbit. The base has a $1.75-billion economic impact in its region. Edwards Air Force Base, home to leading flight research facilities in the Mojave Desert, generates an estimated $1.48-billion economic impact on the area annually.

Naval Base San Diego is the principal homeport of the Pacific Fleet. Home to 213 individual commands, Naval Base San Diego, comprising 1,600 land acres and 326 acres of water, is a workplace for over 35,000 military, civilian and contract personnel.

In 2012, Elon Musk's SpaceX chose to remain in its 1-million-sq.-ft. (92,900-sq.-m.) headquarters in the Los Angeles community of Hawthorne, contingent on the establishment of a cap on annual business license fees (usually calculated based on gross receipts) and a 75-percent reduction in planning and building fees should it choose to expand. The company that year won a $440-million NASA contract to design and develop the next stage of human space flight, including 12 cargo missions to the International Space Stations.

Since SpaceX's founding in 2002, the company has grown from three employees to over 3,500, with roughly 3,000 working at the company's headquarters in Hawthorne. Los Angeles Economic Development Corp., Los Angeles County and the local South Bay community have all contributed to the process that has allowed SpaceX to successfully continue to expand operations. SpaceX is committed to hiring locally, with 275 trainees currently being taught advanced manufacturing skills.

Barbara Voss, senior regional manager for LAEDC, says the approval of an incentive agreement with the City of Hawthorne by the city council was a key turning point. So was consideration of talent.

"They had always expressed a strong commitment to their workforce in Hawthorne," says Voss. "Access to highly skilled and qualified employees was always a factor as they considered locating outside the state. So was existing infrastructure and the supplier network — because we have a high concentration of aerospace here, they have access to a whole range of suppliers and service providers."

"Opportunities still abound for aerospace firms in Southern California — the industry's infrastructure, built over the course of 100 years, would be hard to replicate elsewhere; there is an entrenched supplier base producing everything from fasteners to aircraft structural components and satellites," concluded the report. "The region's talented workforce would also be difficult to recreate in other parts of the country. And, the weather is as nice as it was back in 1908 when the California Aero Club of Los Angeles organized the nation's first international air show in Rancho Dominguez."

This article originally appeared in the California Investment Guide, which went to press this fall before a tragic Oct. 31 accident during a SpaceShipTwo test flight conducted by Virgin Galactic took the life of Scaled Composites test pilot Michael Alsbury.