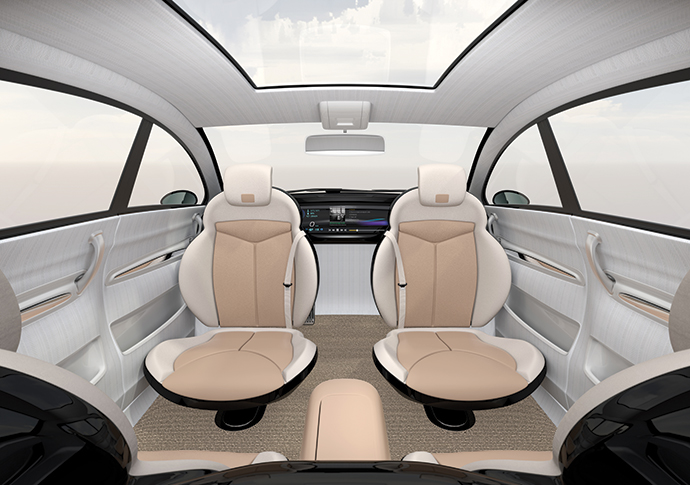 For most of the last century, three companies have dominated the American automotive landscape — Ford, GM and Chrysler — and all three are synonymous with Detroit.

But a funny thing happened on the way to the 21st century. Americans, whose love affair with the automobile built Detroit into the manufacturing capital of the United States, began changing their attitudes toward cars and driving a few years ago, and now the future of personal transportation looks completely different than it did in 1999.

According to a recent survey by ReportLinker, more than 60 percent of Americans say they are either somewhat or very positive about autonomous cars — and 72 percent say that they would like the next car they buy to be either fully or partially automated.

Contrary to popular belief just one year ago, autonomous vehicles are no longer the realm of science fiction. Today they are science fact, and no state embraces that technology more than California.

Case in point: on September 30, the California Department of Motor Vehicles released regulations that will allow companies more leeway in testing the operation of self-driving cars on public roadways.

It is but the latest sign that California is not just changing the way the world moves from Point A to Point B; it is ready to dominate every industry involved in personal transportation.

With firms like Tesla, Google and Uber leading the way, the California autonomous vehicle industry is colliding with the California ride-sharing industry and threatening to completely supplant Detroit as the automotive capital of the world.

Silicon Valley, which introduced the world to the personal computer, is about to introduce every American to the experience of a shared, automated ride.

Already, 15 companies in California have permits to operate autonomous vehicles on public California roadways as long as there is a licensed vehicle driver inside the car.

Even as California paves the way for more driverless cars, San Francisco-based ride-sharing giant Uber — a $68-billion company with 6,700 employees worldwide — is poised to become the leader in self-driving trucks. Its drivers operate in over 500 cities worldwide.

A $700-billion-a-year industry, trucking could become a major source of revenue for Uber, which separately had announced that it planned to deploy a fleet of autonomous ride-sharing cars by 2030.

Lyft, which is also based in San Francisco, is valued at $5.5 billion and currently operates in more than 200 US cities.

Meanwhile, electric car manufacturer Tesla shows no signs of slowing down anytime soon. One of the first companies to introduce self-driving vehicles to the road, the Palo Alto-based company today is valued at more than $33.5 billion and employs 14,000 workers, most of whom work in California.

Its most recent expansion occurred in Lathrop, California, where the firm founded by Elon Musk signed a lease for 430,000 sq. ft. of manufacturing space in western San Joaquin County.

Musk had earlier stated that he wanted to transform Tesla from an electric car company to a clean-energy firm.

The so-called Powerpacks for Southern California Edison are expected to be operational by the end of 2016. 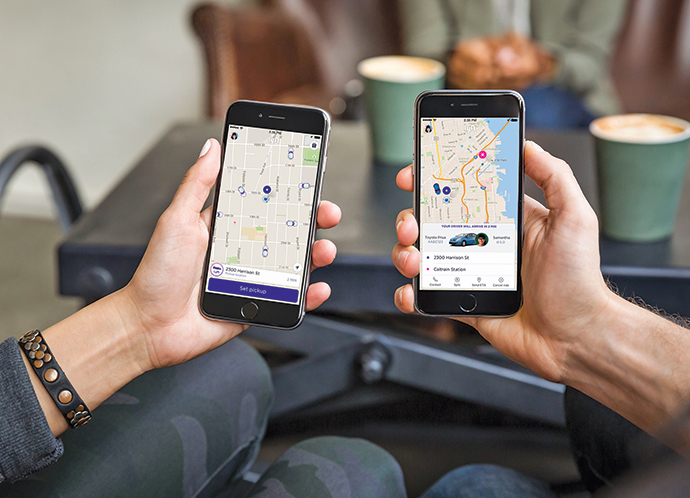 With firms like Tesla, Google and Uber leading the way, the California autonomous vehicle industry is colliding with the California ride-sharing industry and threatening to completely supplant Detroit as the automotive capital of the world.
Photo courtesy of Lyft 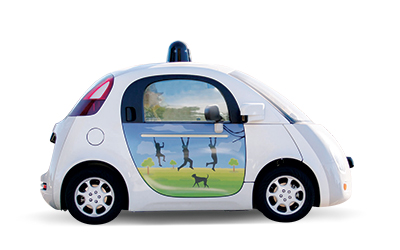 Lyft was founded in June 2012 in San Francisco by CEO Logan Green and Co-founder and President John Zimmer to reconnect people and communities through better transportation. Lyft originated out of Zimride, a longer distance ridesharing company founded in 2007 with a vision of filling the empty car seats on our highways, and bringing people together along the way (like from LA to San Francisco).

In 2012, we were the first to introduce peer-to-peer ridesharing with Lyft, and we worked with the California CPUC to ensure ridesharing was easy and safe for passengers, which later became the model for other cities and states. Then in 2014, Lyft was the first to match passengers with each other through our shared ride option Lyft Line, making significant progress toward our mission to fill empty car seats and ease congestion.

Now, available in more than 200 cities, Lyft is the fastest growing rideshare company in the U.S. Lyft is preferred by drivers and passengers for providing a safe and friendly experience, and our commitment to affecting positive change for the future of our cities.

As far as corporate growth, Lyft now has 10 corporate offices with more than 1,400 employees. We’re currently providing more than 14 million rides a month, and look forward to continuing this rapid growth across the country.