From the Lips of California Execs 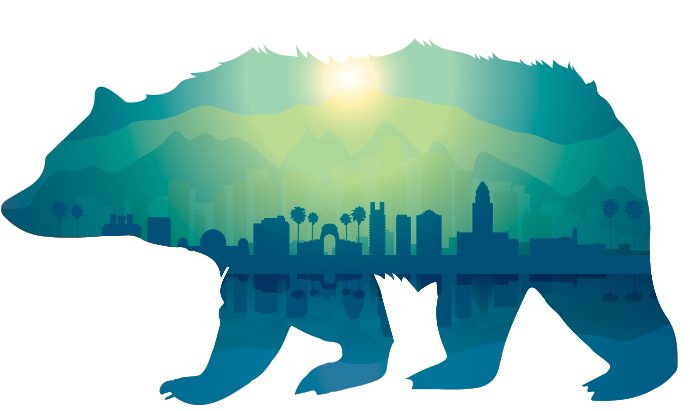 If you want to know why many of the largest publicly traded firms on earth call California home, or why many of the INC. 5000 hang their shingle in the Golden State, just ask the executives who lead these companies.

The following is a compilation of recent statements from California executives interviewed
by the editors of this publication.

"Arden needed to move its manufacturing hub into a cost-effective, state-of-the-art space and this facility fit all of our parameters. Assistance from the City of Victorville and the county make the region extremely conducive to businesses of our type."

Cecil Kearse
CEO of Arden, which signed a
211,000-square-foot lease in Victorville

"The majority of what we produce is a liquid fertilizer for use in organic crop production. We are based in the Pacific Northwest, but California is the No. 1 market opportunity for us. The Inland Empire puts us right in the heart of that opportunity. By doing something better for society, we are aligned with the ethos at a cultural level in California. It is part of the DNA of the people we have met here — the growers and the people we have hired for our team. This is the way they think."

Larry LeSueur
Co-founder and CEO of WISErg in Colton

"The state of California is committed to sustaining economic policies conducive to innovation and growth."

"As an entrepreneurial environment, in terms of talent, attitude and lack of hierarchies, this environment is second to none in the world."

"Our biggest investment and most important asset is the people. It sounds cliché, but it really is true. If we decided to move out of California, there would be a cost associated with it well beyond the capital investment. So that’s a real, tangible consideration, and a real value for doing business here in California."

"We are located in San Francisco because it grew from a Stanford Business School startup. This area is a hotbed of social enterprises and technology innovation which makes it very attractive, along with the quality of talent that is here."

"I have learned that running a factory is more than just hiring people and processing production. There are also important cultural logistics that must be leveraged. I am selling to American clients, which means that I have an entire range of expectations to satisfy that vary from structural integrity, to visual notes, to quality assurance standards. When I produced in Mexico and Asia, I noticed a void in my workforce’s ability to naturally manufacture within the parameters of these factors. Often, the American goods they were manufacturing were extremely foreign to them since they had never seen, touched or understood the purpose of such products. And often, their association with such a product ended once it was shipped. That doesn’t happen in California."