The birthplace of biotech knows how to nurture it too. 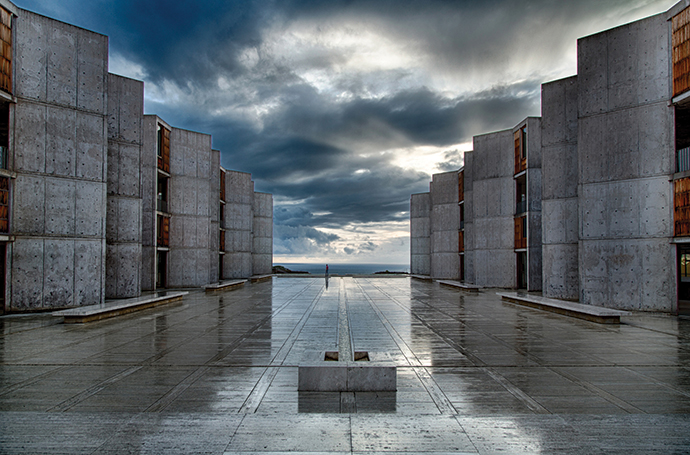 “We cannot be certain what will happen here, but we can be certain it will contribute to the welfare and understanding of man,” said polio vaccine developer Dr. Jonas Salk of the Salk Institute for Biological Studies, which was built after the City of San Diego in 1960 gifted 27 acres overlooking the Pacific Ocean.
Photo courtesy of the Salk Institute
by ADAM BRUNS

What’s up in California biotech? A better question might be, “What’s not?”

Its slogan? “The Future of Science is Here” — a statement that could easily be co-opted by the entire state.

“The life sciences industry is a shining example of how California is a driver in innovation,” said Governor Jerry Brown on the release of the report. “The industry, which began just 50 years ago, has made great strides to put California at the forefront of the biotech revolution — inventing new cures; dominating the nascent field of genomics; and blazing new trails in biofuels, agriculture and the microbiome.”

Peter Claude, a partner in PwC’s pharma and life sciences division said year-over-year improvements across nearly every measure — most notably the addition of 209 new firms — meant “California affirms its position as a fountain of innovation.”

Policies and places supporting that innovation play a big part, and 2017 was no exception. The state’s biennial budget included an investment of $10 million in the California Initiative to Advance Precision Medicine (CIAPM). And the CLSA’s California Life Sciences Institute (CLSI) has expanded its FAST Accelerator program from the Bay Area to new sites in Davis and in Southern California. The 34 companies that had graduated from the initial Accelerator during its first four years have created more than 125 new jobs. 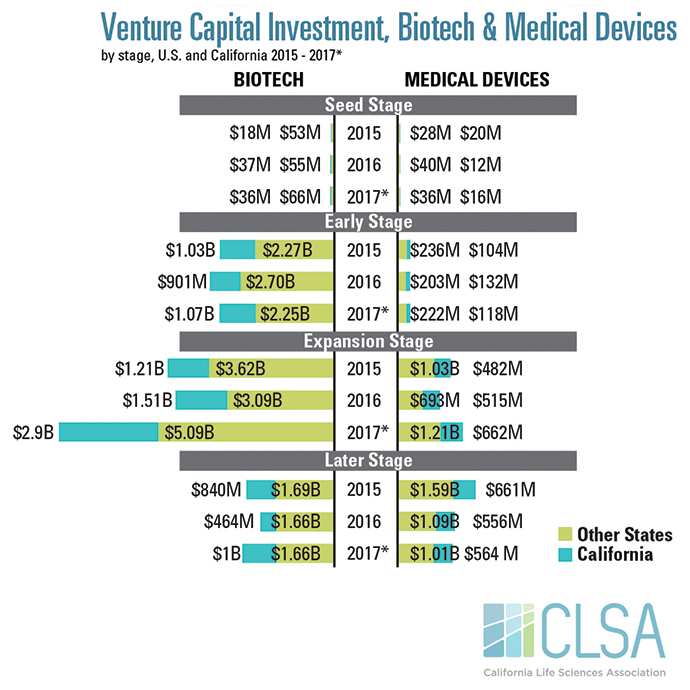