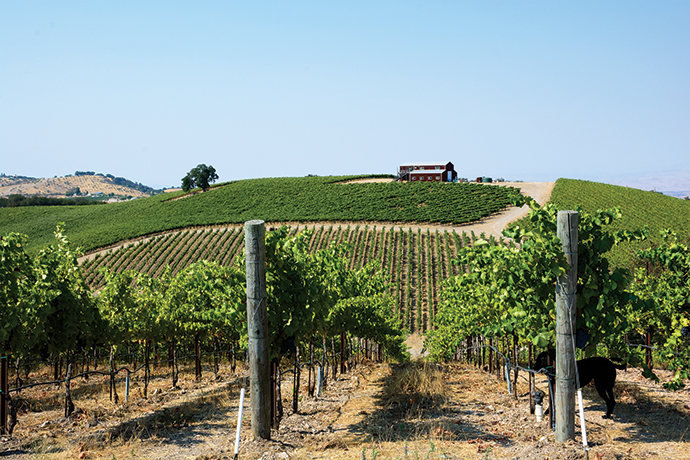 If you’ve ever seen the hit movie Sideways, you know that this fan favorite is as much an ode to geography as it is the sometimes mad-cap world of wine connoisseurs.

The geography in question is the Santa Barbara wine country that runs through a ribbon of small towns including Los Olivos, Ballard, Santa Ynez and Solvang. Located three hours north of Los Angeles and four hours south of San Francisco, this quiet countryside is nestled in the heart of a region served by the California Coastal Rural Development Corp., or Cal Coastal for short.

Several of the tourist stops and restaurants that travelers see along the Sideways Wine Tour were funded by loans facilitated by Cal Coastal.

“We started in 1982, and 70 percent of our lending is to small farmers,” says Karl Zalazowski, president of Cal Coastal. “We are a small business lender and we serve a rural region of California that is about 400 miles long and 100 miles wide.”

Stretching from Santa Cruz and Santa Clara counties in the north down to Ventura County in the south, Cal Coastal has helped the dreams of many entrepreneurs come true in places like Santa Cruz, Watsonville, Salinas, Hollister, San Luis Obispo, Paso Robles and Santa Maria.

One of those dreamers is Kristin Horowitz, CEO and co-founder of The Pad Climbing in Santa Maria. “My husband started a little climbing club in a warehouse when he went to college here,” Horowitz says. “I stepped in to help him run the club of 30 people.”

Years later, The Pad Climbing has grown into a successful business at four locations. At the center of that growth is the assistance the firm receives from Cal Coastal.

“We got in touch with Cal Coastal through our bank, and that’s when our growth really took off.”
– Kristin Horowitz, CEO, The Pad Climbing

“We did crowdfunding before there was crowdfunding,” says Horowitz. “We got in touch with Cal Coastal through our bank, and that’s when our growth really took off. Our Santa Maria gym cost $300,000. We became a for-profit S corporation through SBA funding, and we’re now launching a brand-new facility in San Luis Obispo. We went from 250 square feet to over 14,000 square feet there, and our Santa Maria facility has another 10,000 square feet. Our paid staff, meanwhile, has gone from five employees to 51.”

Horowitz says that the banks, Cal Coastal, her own business and other entities in the area emphasize “community building. That is the key for us. We’re not just building a gym; we’re providing a place where people can meet their future spouse, make friends, share ideas and invite others to dinner. There’s a loyalty built in. This is not about building a gym; it’s about building a home.”

Zalazowski also likes the fact that Cal Coastal lends a helping hand to fledgling businesses in communities where access to capital is hard to come by. “We go to towns that have less than 10,000 people,” he adds. “These are places like Gonzales, King City, San Ardo, Arroyo and Grande. We’re a financial lifeline for small businesses in many small towns.”

Approximately 1.5 million people live in the seven-county region served by Cal Coastal. “It’s a very fragmented region that is still highly agricultural,” notes Zalazowski. “We do a lot of farm lending, and we help facilitate growth in tourism. We’ve helped small brew pubs and wine-tasting rooms get started. When the Highway 1 bridge washed out in Monterrey County, we assisted with restructuring loans to help Big Sur Deli. Some small electronics firms allied with the defense industry have started here by taking advantage of our loan programs.”

Thanks to Cal Coastal, he says, small businesses near the Central California Coast don’t have to go sideways anymore.