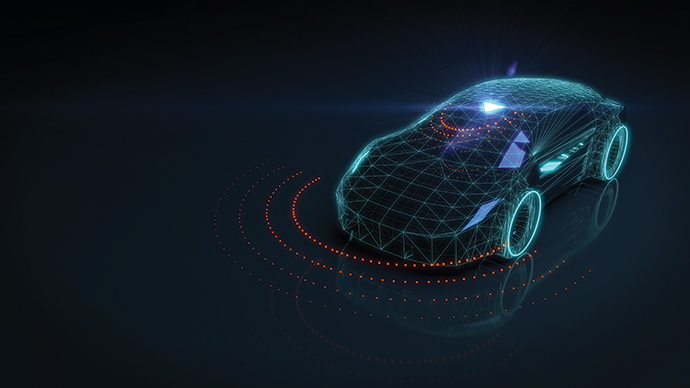 It’s long been said that Californians have a love-hate relationship with the automobile. They love their cars; they just don’t enjoy them as much when everyone drives at the same time.

If that’s the case, then a new era is about to dawn on the Golden State — one in which electric and autonomous vehicles not only make cars and trucks better to drive, but also solve many of the mobility challenges facing large metropolitan areas.

The advanced transportation sector in California is about to enter its golden age, with a plethora of EV (electric vehicle) and AV (autonomous vehicle) companies leading the way. While virtually everyone has heard of Tesla, the Palo Alto-based firm that has become America’s No. 1 seller of electric cars, many other companies are joining the industry in a surge of capital investment never before seen in automotive R&D and manufacturing in the country.

“We have a unique cluster that is growing here,” says Judy Kruger, director of strategic initiatives and cluster development for advanced transportation and aerospace for the Los Angeles Economic Development Corp. “No other region in the world has so many innovative companies that are popping up in this sector. No one has as many electric bus manufacturers as we do either.”

More than 580,000 electric vehicles have been sold in California since 2011 — nearly half of the nationwide total of 1.2 million
Source: VELOZ

Electric bus manufacturers have gravitated to the Golden State as well, propelled by the likes of BYD, Proterra, US Hybrid, GreenPower Motor Company, CCW, Executive Coach Builders, ebus and others.

“There are literally hundreds of companies in this sector here,” says Kruger. “When you start talking about electric bikes and scooters and all forms of electric-powered mobility ride-sharing companies, the list gets even longer. Santa Monica is the mecca of scooters, Bird employs hundreds of people here and is growing internationally.”

When asked why California has become ground zero for the advanced transportation sector, Kruger noted that “California had a climate issue and knew that something had to be done about it. We now have a zero-emissions policy. Tesla put us on the map 10 years ago as a place that can solve the pollution issue.”

Marketplace adoption has a lot to do with the growth as well. According to the nonprofit organization VELOZ, more than 580,000 electric vehicles have been sold in California since 2011 — nearly half of the nationwide total of 1.2 million. Last year, 83,804 EVs were sold in the U.S., with California sales accounting for 41,391 of them. On top of that, California boasts more than 20,000 public EV charging stations and 40 hydrogen stations — by far the most of any state in the country.

“If you see a delivery robot in public, there is a solid chance it is using our teleoperation software.”
— Elliot Katz, Co-Founder, Phantom Auto

Talent and academia enabled the proliferation of many AV and EV firms in the state, she added. “There is a great talent pool here in LA,” she notes. “The Center for Competitive Workforce works with 19 area community and technical colleges, and we have five community colleges that are looking to assist in the area of electrical systems technical training. The engineering talent, meanwhile, continues to come out of our higher-ed schools like USC, UCLA and others.”

The impact does not stop with vehicle production, Kruger says. “There are so many ramifications of EVS — including all aspects of the mobility sector. EV companies are looking at providing shared vehicles. We have to look at that related to traffic congestion,” she adds. “When you talk about EVs, it triggers all kinds of things in the shared mobility space. It is multi-layered.”

One of those layers is remote operation of vehicles. Phantom Alley, based in Mountain View, is a startup that is developing technology that allows remote drivers to operate vehicles or robots from thousands of miles away. Since its founding in 2017, the firm has worked with firms that are testing and developing AVs that drive on public roads. The startup is also working with logistics firms to allow remote drivers to control AVs in environments like shopping centers and industrial parks.

Phantom Auto announced in April that it had raised about $19 million in Series A financing led by venture capital firm Bessemer Venture Partners. The company said it will use the new funding to expand development its technology.

“If you see a delivery robot in public, there is a solid chance it is using our teleoperation software,” said Phantom Auto co-founder Elliot Katz in a statement announcing the funding.