The Largest Life Sciences Cluster In the World 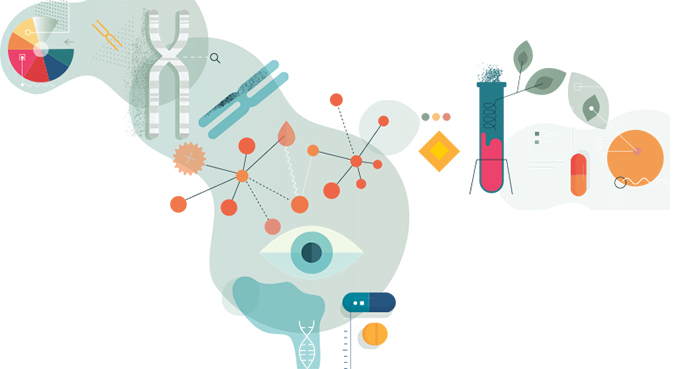 The California Life Sciences Association released the 2019 California Life Sciences Industry Report in November 2018. It puts numbers behind the claim that the Golden State’s biomedical industry is the largest such cluster in the world. The sector employs more than 311,000 people, has generated $178 billion — with a “b,” — is projected to attract $7.6 billion in venture capital and has received nearly $4 billion in grants from the NIH.

The report, produced with PwC US, further quantifies the breadth and depth of this sector:

Total jobs created by the industry in California surpassed 958,000 including approximately 647,000 indirect and induced employment.

There are 3,418 life sciences companies (up 169 from the prior year) in California, that have 1,332 new therapies in the development pipeline.

California biomedical companies are projected to attract more than $7.6 billion from the VC community, an increase of approximately nearly $1.5 billion from 2017. California has a 54.7% share of the nation’s total VC investment. 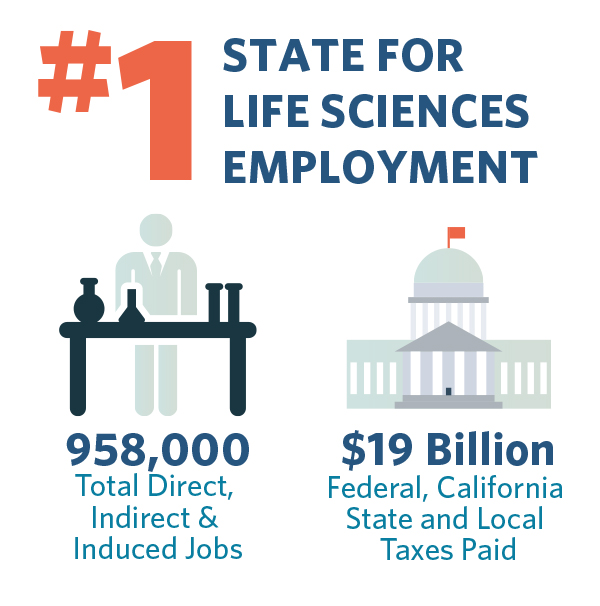 The state’s universities graduated over 4,900 science and engineering PhDs, leading the nation by a wide margin. Universities and research institutes also brought in $3.9 billion in NIH grants, which also led the nation.

“California’s thriving life sciences industry continues to grow thanks to the contributions of companies that have developed groundbreaking therapies to help treat many serious illnesses — including cancer, hepatitis and heart disease — and engineered more sustainable materials, smarter agriculture and cleaner chemicals,” noted then-Governor Jerry Brown. “Our innovative life sciences sector is a source of great pride for Californians and brings with it an impressive positive economic impact – more than 300,000 Californians are directly employed by life sciences companies, particularly in world-famous hubs in San Francisco, San Diego, Los Angeles and Orange County.”

“When we look at the numbers for the statewide life sciences industry, we’ve seen really consistent increases over the past few years in California,” noted Peter Claude, Partner, Pharmaceutical & Life Sciences Advisory, PwC. We are seeing remarkable success in all aspects of the industry in California, and with continued investment, we can see more breakthrough technologies reach patients everywhere.”

An enormous economic plus, California life sciences companies earned revenues of $178 billion in 2017, up from $169 billion the previous year. Biomedical exports increased to $25.2 billion, an increase of $2.5 billion from the prior year, and the industry and employees paid $19 billion in federal, California state and local taxes. Home to 1,848 medical device and equipment manufacturing firms, and 1,570 biotechnology and pharmaceutical companies, California’s total 3,418 life sciences companies — 169 more than the previous year — produce new technologies to improve patient care and boost the state’s economy.


Bayer to Expand its Berkeley Campus

Bayer will invest $150 million in its Berkeley pharmaceutical development and manufacturing site to build a Cell Culture Technology Center that will be used to accelerate the development of biological therapies. Once complete, the new facility will support Bayer’s growing portfolio in biologics to serve multiple patient populations.

“Bayer is deeply committed to bringing innovative medicines to market that provide significant patient benefit. This investment allows Bayer to expand our biologics development and launch capabilities as we advance our R&D programs internally and through strategic collaborations,” said Wolfram Carius, Ph.D., Executive Vice President and Head of Bayer Pharmaceuticals Product Supply. “We are especially proud to bring this investment to Berkeley, where Bayer has been for many years, and to the greater San Francisco Bay Area, the birthplace of biotechnology and a global epicenter of drug development innovation.”

The new Cell Culture Technology Center will be built on Bayer’s existing Berkeley campus, home to its recombinant Factor VIII manufacturing center that produces hemophilia A treatments for patients in nearly 80 countries around the world. The new 40,000 square foot facility, which is expected to be ready for clinical production in late 2021, will support the development of emerging therapies in Bayer›s portfolio with an emphasis on oncology, cardiology and additional specialty care therapeutic areas.