The promise of prosperity: why companies continue to invest in California. 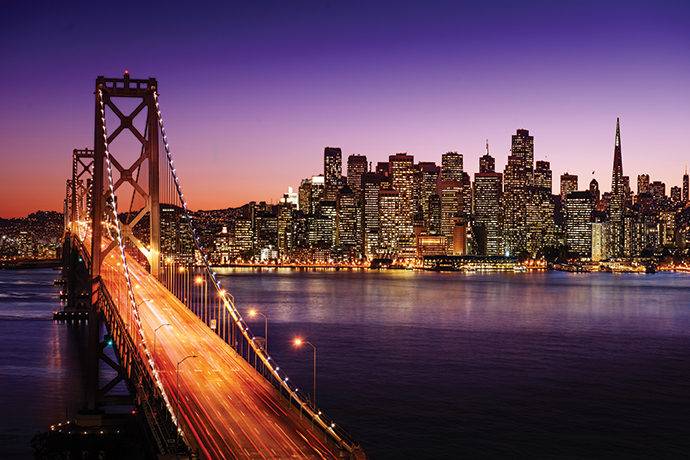 Many companies have discovered over the years that when it comes to picking a location that enables their operations to grow and prosper, no place stacks up better than California.

Dag Reckhorn, senior vice president of global manufacturing for electric car company Faraday Future in Los Angeles, perhaps said it best when he recently told Site Selection editor Gary Daughters, “I don’t think there’s such a thing as a production paradise. California’s the right place for us because this is where our customers will be.”

Many other firms have come to the same conclusion. While there are cheaper places in North America to locate a business, no other place on earth can match California when it comes to providing access to markets, talent, innovation, entrepreneurship and capital.

The roll call of world-leading companies that call California home is lengthy and growing by the day, and many of these firms continue to invest into facility development and talent acquisition in the Golden State. In just the past year, Facebook announced a $300 million investment to expand its operations in Burlingame in San Mateo County. Google committed to invest $160 million to expand in Sunnyvale in Santa Clara County; and Lockheed Martin announced a $100 million investment into an aerospace expansion in Palmdale in Los Angeles County.

Apple, LinkedIn and Twitter continue to broaden their bases of operations in California as well — but that doesn’t mean you have to be a household name to thrive in the Golden State. USF Hold Corp. recently announced a $72 million investment into its food and beverage plant in McClellan in Sacramento County; Nellson Nutraceutical LLC announced a $70 million facility investment in Ontario in San Bernardino County; and Foster Poultry Farms decided to spend $67 million to grow its food-processing operation in Livingston in Merced County.

There are many reasons why so many diverse companies choose repeatedly to invest in California, but at the top of the list is access to a dynamic and globally connected market. California boasts the largest economy of any U.S. state, and if it were its own country, California would claim the fifth largest economy in the world.

Consider the sheer size of the California economy:

It is important to note, however, that California is not just large; it is highly productive. According to Bloomberg, California’s publicly traded companies during the past decade returned 420%, outperforming the S&P 500’s 239% return and the China CSI 300 index’s 57%. Bloomberg also noted that revenue for more than 800 publicly traded companies in California last year grew by 23%, outpacing the 14% achieved by the rest of the U.S, the 19% percent by China, the 10% by Japan, and the 3% by Germany. Perhaps that is why Forbes magazine recently named California the No. 1 economic climate in the U.S.

When it comes to high-performance industries, California scores at the top end as well. According to the Milken Institute’s 2018 State Technology and Science Index, a biennial assessment of states’ capabilities and competitiveness in a tech-focused economy, California repeated its fourth-place finish from 2016. Its score of 78.08 trailed only Massachusetts (86.25), Colorado (80.08) and Maryland (79.24).

Milken also evaluated the Best-Performing Cities in the U.S., and markets in California rated highly. San Jose-Sunnyvale-Santa Clara ranked No. 2, while San Francisco-Redwood City-South San Francisco ranked fourth. Five California cities placed in the top 25. Oakland-Hayward-Berkeley checked in at No. 14, while Riverside-San Bernardino-Ontario rose five places to No. 15 and Santa Rosa jumped 25 places to No. 18.