Why Creatives Are Flocking to Colorado 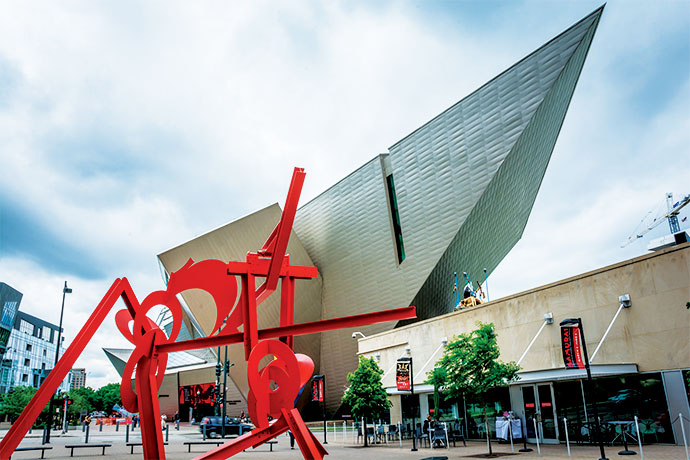 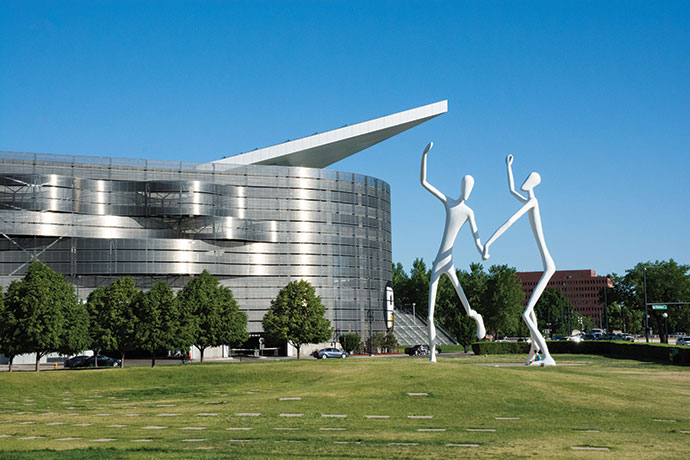 “The Dancers” highlight the Denver Performing Arts Complex’s Sculpture Park, a unique outdoor venue in the heart of the Denver Theatre District.
Photo by Heather Overman

No one can say that Colorado doesn’t have its own flair. The state is unique in its landscape and its culture, and that’s what attracts so many talented artists, entrepreneurs, writers and musicians. The state has the 5th-highest concentration of artists and 7th-highest concentration of writers and authors, designers, entertainers and performers. The creative industries is the fifth largest employment sector in the state and is defined very broadly. It’s not only all the traditional arts, it’s things that are unique and local: film, media, publishing, writing and creative entrepreneurs.

When there’s a need for something, Coloradans look for ways to meet that need. When Tom Bennett first moved to Colorado, he’d planned to pursue a career in woodwork, but transitioned into steel after meeting a blacksmith by chance. He then built his Bennett Forgeworks in Ridgway to do blacksmithing. It was in Ridgway where he stepped into a local brewery and met Tom Hennessey, brew master, who told him that he needed new brew kettles. Hennessey said he was waiting for the kettles to arrive from China, but Bennett saw a need and decided to tackle it. He now designs custom brew kettles that are shipped all over the US.

“Part of the message is being a place that welcomes creatives. Our outdoor lifestyle attracts a certain type of people that then participate in culture.”

“That’s the collaborative spirit ... we attract them naturally,” says Margaret Hunt, director of the Colorado Creative Industries Division. “Part of the message is being a place that welcomes creatives. Our outdoor lifestyle attracts a certain type of people that then participate in culture. It’s layered. ”

On top of being naturally beautiful and economically strong, the state functions as a cultural hub that could be described as hip, cool and quirky. When it comes to the creative, Colorado does its own thing. The state ranks sixth in the nation in the percentage of its workforce in creative-class occupations, totaling 35.9 percent. There are 9,000 companies in the sector employing over 160,000 workers annually. Colorado is also home to some of the largest culture venues in the nation. The Denver Performing Arts Complex is the nation’s largest arts complex under one roof.

Resources for the Soul

The Creative Industries division launched the Creative District Program in 2011 to certify creative districts throughout the state. Currently there are 12 in all areas of the state and eight that are being reviewed. “When creatives are clustered together some interesting things happen,” says Hunt. “The job growth within the creative sector has been at five percent within the last couple of years — double the national average. When you get people together in a community, there’s this creative juice that starts flowing. Innovation and creativity skyrocket and jobs are created.”

In July 2015, state officials launched Space to Create, the first state-driven initiative in the US for affordable housing for artists. The new program will also develop workspace for artists and arts organization, and is designed to position the state as the nation’s leader in artist-led community transformation. The program grew from a need to find places that were affordable for artists to live and work in, and is geared to rural communities.

“Housing and economic development are vital needs in rural Colorado, and the Space to Create initiative advances both of these issues by harnessing the power of the public, private and philanthropic sectors, as well as the creative community, to activate historic spaces and elevate rural economies,” said Governor John Hickenlooper in a recent press release.

The first demonstration project was announced in Trinidad, Colorado, north of the New Mexico border. The community has good infrastructure and the highest concentration of historically significant buildings in the state, many of which were boarded and vacant. Trinidad acquired an entire city block — three historic buildings — and it is in pre-development now for the Space to Create project.

“Coloradans in general are highly collaborative and highly independent,” says Hunt. “When these two characteristics are combined it fosters innovation and creativity. It’s a cultural norm here, and communities are really resourceful. There’s this spirit of ‘We can do it ourselves,’ and it’s grown organically from within.”