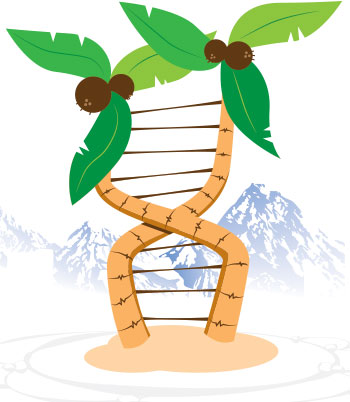 The only thing better than strong intellectual property is having property where those ideas can achieve their full power.

If that property is positioned 20 minutes from an international airport and a thriving downtown, well, that’s just icing on the cake.

Just ask Amir Tehrani, CEO of Precision Biopsy, a subsidiary of Boston-based holding company Allied Minds that in June 2015 was the first company to move into the new Bioscience 2 building at Fitzsimons Innovation Campus in Aurora, Colorado. The custom-built space allows Precision Biopsy to expand from the pre-built lab the company occupied in Bioscience 1 as it initiates a global commercialization strategy for its real-time tissue classification technology used in prostate biopsy procedures — an idea founded at the University of Colorado.

“In the initial years of the company, Allied Minds and myself continued utilizing the founders and their expertise to de-risk the technology,” Tehrani says. For a human proof-of-concept study that enrolled 13 patients in 2012, “the support was exceptional” from the University of Colorado, Denver Medical Center, he says. So was the support from the State of Colorado, which awarded $250,000 matching state grants in 2011 and 2012 with the objective of creating jobs in the state. Last, but not least, comes the support from the Fitzsimons Redevelopment Authority (FRA), first authorized in 1995 to reposition the decommissioned army hospital as a world-leading medical campus.

Since 1994, more than 140 companies based on University of Colorado research have spun off from its four campuses.

“I have established a few startup companies in my career, and lifting a company off the ground is quite a lot of work for a CEO,” says Tehrani, whose resume includes work for several global medical device firms, running operations in locations from Silicon Valley to Singapore. He says the Fitzsimons team and the resources near the medical center “offered a walk-in scenario that I could not resist — it allowed me to focus on building the company and technology.”

“In 2013, when we were discussing where to grow the company and establish operations, Colorado offered resources with less costs than the Bay Area or Boston,” Tehrani says.

Precision Biopsy joins a cadre of nearly 50 firms that have found a home at Fitzsimons, which plans to eventually build out 6 million sq ft. of space on its 184-acre parcel. The recent arrivals include the US operations center of India-based Strand Life Sciences, a genomic profiling company that uses next-generation sequencing technology to empower cancer care.

“The Precision Biopsy ClariCore™ system exemplifies the kind of scientific breakthrough that aims to markedly improve the clinical path and outcome for prostate cancer patients while saving inordinate costs to the healthcare system. I am thrilled to contribute to their tremendous progress,” said Dr. E. David Crawford, professor of surgery, urology, and radiation oncology, and head of the Section of Urologic Oncology at the University of Colorado. He also serves as Precision Biopsy’s primary investigator. “This is a fine example of industry and academia working closely in collaboration to solve a major issue.” 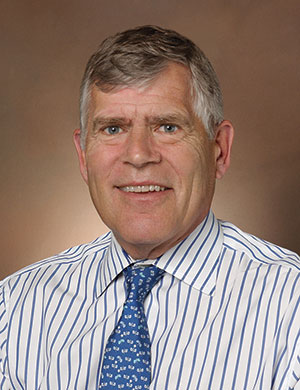 Don Elliman, chancellor of the University of Colorado Anschutz Medical Campus, says the campus, while proud of its offerings across nearly all medical fields, also partners with higher education institutions across the state. “We’re not so proud we think everything has to go on here.”

Don Elliman, chancellor of the University of Colorado Anschutz Medical Campus, thinks that sort of collaboration will be even more commonplace as the campus goes over its technology transfer and IP policies with a fine-toothed comb, with the ultimate goal of being more open to outside partnerships and to empowering scientists. The IP at the school has always been strong, with startups spinning out of the university. But until now, the school has generally bowed out of the commercialization process.

“We’re trying to change that,” says Elliman, who during 32 years at Time Warner served as executive vice president of Time Inc., publisher of People and president of Sports Illustrated. He also has served as the State of Colorado’s COO and as director of the Colorado Office of Economic Development and International Trade (OEDIT). “We’re really re-examining every part of our support structure for both internally generated IP and for working with external IP. We’re also spending a lot more time than ever reaching out to industry that we need to partner with,” including advancing clinical trial activity with pharma and medical device firms, and connecting those firms more directly with the school’s scientists. Healthcare startups — whether homegrown or from elsewhere — are another promising avenue.

The starting point is pretty strong: With 13 schools and colleges and more than 130 degree programs, the University of Colorado Denver | Anschutz Medical Campus saw FY 2014-15 donations of $176.7 million, while welcoming an estimated $420 million in externally sponsored research.

“What we’ve never really had, and are trying to build, is the bridge that helps the people creating the IP figure out the highest and best use of that for themselves and occasionally for the university,” says Elliman. The model is a concept that emerged from an exhaustive study done with McKinsey: creating that bridge between the university and the outside world and calling it the research enterprise.

“It’s not just taking our stuff and seeing it move outward,” says Elliman, “but opening our arms to people on the outside, saying, ‘We want to work with you.’ ”

The outreach may spark further growth, says the chancellor, who in addition to his university responsibilities also sits on the FRA board.

“On the academic campus, our next building is clearly in sight, to house the center for personalized medicine,” he says. “We’re out of space, but there’s nothing between me and starting it that $100 million couldn’t solve.” The FRA board, meanwhile, is beginning discussions about yet another building on FRA property. “There will be a lot of activity going on in the next couple of years,” says Elliman.

Steve VanNurden came to his post as the FRA’s president and CEO in 2012 after overseeing patent and commercialization for Mayo Clinic Ventures, where he oversaw the formation of more than 45 Mayo Clinic startups. He says the proximity of the nation’s fifth largest airport at Denver International, with direct flights to and from Japan every day, means he often picks up visiting executives himself. With that sort of connectivity, he says, Fitzsimons “really has an opportunity to be an international center. That’s my hope and dream. There are 22,000 people who work here every day, and that is projected to grow to 50,000. The economic impact of this one square mile is larger than the entire ski industry in Colorado.” 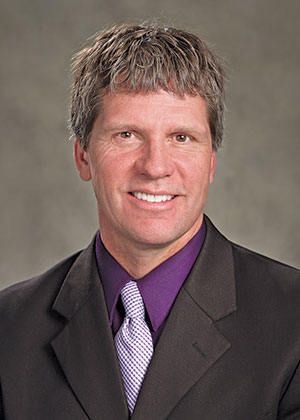 “The economic impact of this one square mile is larger than the entire ski industry in Colorado.”

With a location attractive to regional, national and international patients and professionals alike, it’s not hard to see Fitzsimons following the example set by Mayo in Minnesota, where the combination of patient care and research is central to that state’s Destination Medical Center strategy for Rochester ... a strategy VanNurden helped to create.

“There’s nothing we can’t do on this campus related to medicine,” he says of Fitzsimons. And companies are lining up to get in on the action.

“We’re starting to attract companies from places like California, and we’re seeing homegrown companies,” he says. “They just started a Type I diabetes drug company involved in research across the street, where I can look out and see all the research, clinical practice and education buildings.” Early-stage companies are among the newcomers, but it’s much more than an incubator environment. “Most incubators don’t have 3,000 physicians, research and education all on the same campus,” he says. That makes Fitzsimons unique, and there are 150 acres left to distinguish the campus even further going forward.

Fitzsimons Innovation Campus today can boast 4,000 medical students across nearly all professions, 3,000 positions in the school of medicine, and a total of 64 companies after adding 19 in 2015.

“What’s exciting about this place,” says VanNurden, “is I sometimes feel like we’re just getting going.”

building at Fitzsimons Innovation Campus in Aurora, Colorado, is one of four facilities on campus, with more to come.
Photo courtesy of Fitzsimons Redevelopment Authority